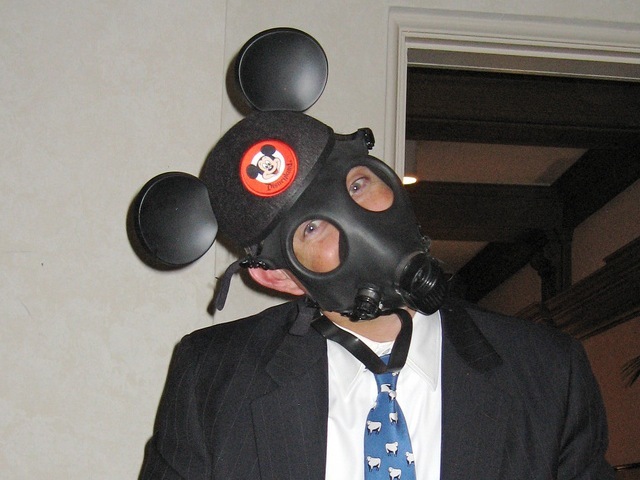 (MoneyWatch) There's no shortage of people wanting to indoctrinate you into their way of thinking and living. Suzanne Somers and Tom Cruise come to mind. It makes them feel powerful, I guess. Just to be clear, I'm not one of them. Not even a little.

It's not that I have a problem telling people what to do. I do it all the time. I just try to stick to my expertise, that's all. All the other nonsense, just take it for what it is: entertainment with the occasional free advice slipped in under the radar.

That said, there are all sorts of workplace blogs that tell you what to do before breakfast, whether you should nap or not, how to eat, and pretty much everything you can think of about personal productivity and time management.

Now, I've got to be honest with you. I don't get into any of that stuff. I've never lived my life according to anyone else's rules or ideas. And you know what? That's worked out pretty well for me. All I do is what makes sense for me. If it works, I keep doing it. If not, I try something else.

By sharing what I do five days a week -- unconventional as my habits are -- I'm encouraging you to ignore what everyone else says and do whatever works for you. Hope it helps.

Wake up, grope for the iPhone. That's right, I'm one of those nuts who grabs the smartphone before getting out of bed in the morning. What can I say; I'm weird. Once I know that it's safe to leave the bedroom and rejoin the world, I get up and ....

Drink a triple cappuccino. Long ago I went 10 years without caffeine. I have no idea why I did that. I was a raving lunatic for most of that time, as my wife and coworkers would attest. My wife's best friend still won't talk to me because I was such a jerk when she visited us back then. No kidding. Anyway, this jump-starts my day.

Eat breakfast. I'm never hungry in the morning. I'm just not. But after years of more or less fasting until lunch, I learned that if you eat the right kind of breakfast, it actually increases your metabolism. And for some of you, that's probably a good thing. I usually just make a shake of OJ, nonfat yogurt, roasted soy nuts, a banana and some frozen fruit. Protein, sugar and vitamins. Good stuff. And quick, too.

Figure out what's going on in the world. I start on the "My Yahoo" page with feeds from pretty much all the big business sites and branch out from there. I also have business news on TV for at least part of the day, or as long as I can stand it. Which channel? Wherever the best-looking news people are, of course. Isn't that what everyone does? Nah, just kidding (or am I?).

Waste time on LinkedIn, Twitter and Facebook. I know, I know, I'm always preaching about what a waste of time social networks are. And yet I waste time on them like everyone else. Big surprise, I'm human. I'm also a blogger, which means I sort of have to promote my stuff, but still. The biggest waste? Posting on LinkedIn groups. I've got to quit doing that.

Walk around and talk to people. That's something else I've been doing forever. It serves two purposes. It keeps my finger on the pulse of what's really going on in other people's minds and it's a way to just sort of get outside my head and bounce ideas around. You can think of them as breaks, but they're really more like breaks from routine and mini-brainstorm sessions.

Eat a real lunch. Yes, I know a lot of this is about food and drink. What can I say; it's a big part of my life. And you know what? It works pretty well that way. I'm healthy, in reasonably good shape and my stress level is about as good as it gets for a compulsive control freak. And I never, ever skip lunch. It's not just about eating, mind you, but rather taking a long break from work. Also, I don't eat fast-food or in a hurry.

Drink tons of tea. I drink tea all afternoon. Green, black, white, I don't much care about the color, but I like good tea, not the garbage that comes in packages. Caffeine lifts my spirits and energizes my neurons. The mug is a social cue that reminds me that I should be working. Also I need something to carry in my left hand to offset the computer in my right hand so I'm not out of balance when I walk around.

Worry. As much as I'd like to be the kind of guy who just sort of lets everything role off his back, that's just not me. I'm just too neurotic for that. What do I worry about? Mostly money. Sometimes other stuff like geopolitical problems, the economy, house leaks and things I haven't gotten around to fixing yet. Did I mention money?

One thing that has absolutely nothing to do with work. I either go for a run or a hike, shoot some hoops, run an errand, walk the dog, fix something around the house, do some gardening (that's right, gardening) -- just something, anything but work. Why? Guess I've always liked to mix things up and have a little variety in my life, but I think it mainly keeps my mind fresh and out of ruts.

What I don't do. I've never given a moment's thought to time management or personal productivity. And yet, I've always gotten things done when they had to be done, and I have a lot to show for it. I guess it's called work ethic and discipline. Also I don't nap. Once I'm up, I'm up. I don't take any vitamins or supplements, either. I eat right, instead. What a concept. I don't snack, at least not during the day. Night's another story. Then I go to bed, sleep it off and repeat.

Besides work itself, that's what I do, 9 to 5. How about you? Any fascinating or contrarian tips to share?