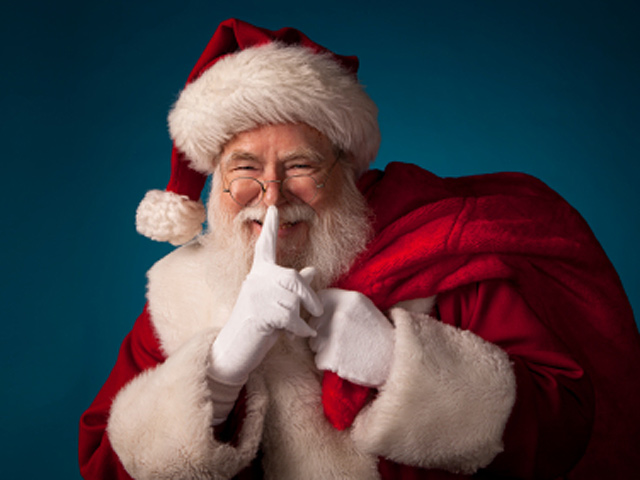 (MoneyWatch) Almost every boss was once an employee. You'd think with that history behind them, when shopping for holiday gifts, bosses would be trying their best to get things their employees would like -- or at least be able to use. I asked MoneyWatch readers to tell me the worst gifts they've ever received from their bosses. And while I can't personally verify our readers' "gift" accounts, here are 10 that I'm glad I didn't receive.

At one of my first jobs, management brought a caterer in with 50 or so frozen turkeys at the start of my shift a few days before Thanksgiving. We were all given one. Not a gift certificate FOR a frozen turkey, but an actual frozen turkey. Unfortunately, as you might imagine we did not have room in the break room refrigerator for 50 frozen turkeys. And we were not allowed to go home to drop them off.

Christmas bonuses plus a special likeness of the boss

My husband (full-time) and I (part-time) both worked for a guy who gave a Christmas lunch for the company at a cafeteria. There he signed two dollar bills that he gave to everyone attending. In addition, full-time employees got a bronze coin minted with his profile on it. I made my husband pull into a 7-11 on the way home and spent the two dollars. He carried his around for ages for the laughs.

Is it a gift if you still receive a bill?

This boss stole the Christmas gift

We were all called to the office for our Christmas bonuses. One of the bosses, "Emily," had a cast on her leg and was on crutches. Of course we were sympathetic and told her we were sorry that it had happened especially at Christmas time. Anyway, imagine our disbelief as "Emily" hobbled around telling each of us "Happy Holidays" and then handing us a smudged and wrinkled piece of cheap copy paper with the "Happy Holidays" printed on it.

OH but there was justice that day. The owner of the company shows up for the office party. He looks around at the office and not seeing any decorations or food asks what the $5,000 he donated for the party was spent on. After hemming and hawing the "bosses" admitted they went clubbing with their husbands and spent the entire $5,000 on themselves. But it gets even better because just as they are telling the owner what they had done a cop shows up to ask some questions about the incident of the previous night which we learned was an altercation the two couples were involved in outside of a club.

The best part of all was learning that one of their husbands was arrested and "Emily" had fallen and broken her leg while engaging in a drunken brawl outside of a club.

So I guess the best gift I got from a boss for Christmas was the knowledge that once in awhile good old fashioned justice prevails and you don't have to do anything to get it. It just happens.

But bosses need gifts too

My boss pressured us to chip in $100 each to give the CEO a remote car starter for his Cadillac, and in the process, we grew to believe that our boss expected a gift, too.

This put us in the awkward position of feeling it was expected that we buy a gift for our immediate boss. Which we did. I gave him a $40 bottle of his favorite liquor.

Imagine my shock to open my Christmas bonus of $70, which is half of what I spent on them.

At least half of this present was useful

At another company we had an employee gift exchange and my boss gave a picture of himself and a few rolls of toilet paper in a nicely wrapped box.

I was front desk staff and someone had to cover the front desk on Christmas night. Unfortunately, it was my turn. It was a very sloooooow night.

The manager on duty asked me if I would like to have a nice Christmas dinner. (He was one of the big cheeses at this hotel -- very rich and very cheap!) I was really surprised when he said that he'd cook us filet mignon from the hotel kitchen. I thought it was so nice of him and I readily agreed to have that nice Christmas dinner.

A little while later, he came upstairs with a room service cart, a bottle of wine and two covered dishes. But I noticed that there was only one wine glass. When he uncovered the dishes, he had the biggest, fattest, very juicy and rare filet mignon in front of him. Mine? He actually cut a filet in half and cooked it for probably the same length of time that he cooked his big juicy filet. So... my half of a filet was like a hockey puck... dry and cooked well done - yuk.

And he sat there and ate his fabulous dinner and he drank the bottle of wine, telling me that I couldn't have a glass because I was "working." What was he doing? Wasn't he working, too? Oh well. I have been wondering for years what he did with the other half of the filet.

Can you say cheap?

One year, three empty boxes, next year hand lotion buy one get one free, another year a pack of Kleenex with one votive candle and samples of cappuccino and I don't drink coffee, another year a piece of orange/purple cloth, and when I retired after 33 years of working for him didn't even get a card.

Beans are better than nothing

Our current bosses -- all 4 of them -- got together one year and gave us each little bags of beans, containing seasoning and a recipe for bean soup. We all laughed at their frugality. However, in the intervening years, we have received nothing; bean soup is starting to look better all the time.

What's the worst gift you've ever received from a boss? Or if you're a bad boss, confess in the comments section what rotten presents you've purchased?

Ball drops in Times Square to ring in 2013