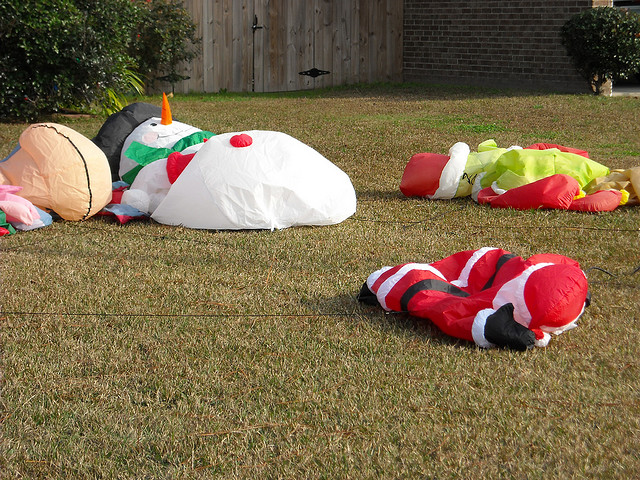 A party feels different than the office, so sometimes people forget that anytime they are with people from work, they are at work. If you're one of those people who "forgot" that you were at work while you were singing karaoke and guzzling punch, you may have a bit more than a hangover in the morning. You may have a boss or coworkers who is displeased with you.

A recent survey by Monster suggests that 5 percent of the respondents were fired for their behavior at a company party. Now, keep in mind that people taking part in a Monster survey are more likely to be unemployed, since it's a job-search website, so the sample may be skewed. The results do, however, indicate that some people are getting in serious trouble for what they've done at the office Christmas party.

My MoneyWatch colleague Steve Tobak takes a light-hearted approach to office parties -- even saying that a passed out admin was no big deal. If you you like to drink to excess, make a note to work for Steve, if you can. Not all bosses are so forgiving.

That's why you need to pay attention to company culture and watch how your boss is acting. Because that will actually matter in your own holiday party scenario. At Steve's parties, letting your hair down is accepted. At other parties, that's not the case at all.

And so what do you do if you're the drunken administrative assistant, or your spouse corners your boss and spills all your private complaints, or you do something else that you really wouldn't like to show up on your permanent record?

Yep. I'm sure you'll find lots of other posts on the subject telling you what to do, but the key point is that if you make a fool of yourself, you should apologize.

Don't just forget about it and hope it goes away, because it won't. Nobody may say anything to you, but that doesn't mean they don't remember it. Be upfront and say to your boss, "I'm really sorry that I had too much to drink/my spouse complained to you/I vomited on your jacket." Say it. Don't try to beat around the bush or blame it on something else.

Now, if you (or your spouse!) brought up unfair pay or being overworked, well, that cat's been let out of the bag. But if you really would like to address it, your apology isn't the time to do it. Do not say, "I'm really sorry I/my spouse was so belligerent Friday night, but I am underpaid and I don't know how you can think that check for $72.54 was really a bonus!" That will not help your situation. The correct thing to say is, "I'm sorry I was belligerent Friday night." Notice that that sentence ends right there.

There will be time in the future to deal with a salary problem or whatever else that's troubling you, but right now? Just apologize. Unless, of course, you work for Steve, in which case just make sure you pass out in a back room, rather than the center of the party.