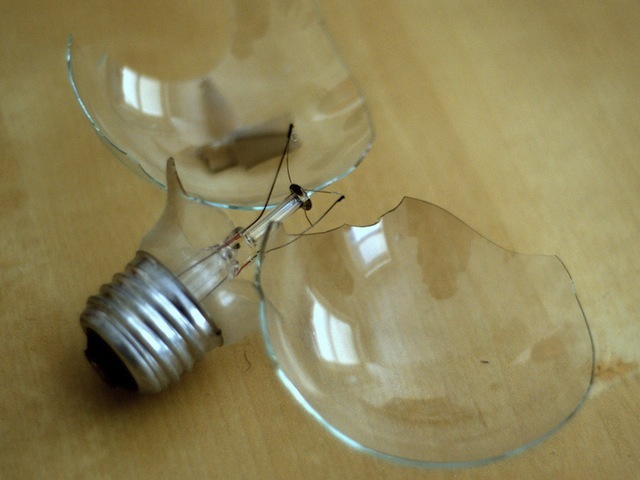 (MoneyWatch) We live in a time of unparalleled innovation. This is the age of the entrepreneur. We're always hearing about twenty- or thirty-something geeks whose ideas go viral and, next thing you know, they're instant billionaires.

If only it really happened that way. The truth is the vast majority of ideas are doomed from the start. Most startups fail. And even some of the best-laid plans of industry-leading giants like Nokia (NOK), Sony (SNE) and Hewlett-Packard (HPQ) end in disaster.

Is it all just a question of luck and timing? Are we supposed to spend years investing in a concept, only to see it flop for no apparent reason and hope for better luck next time? Is it any consolation to pat each other on the back and say, "it sure seemed like a good idea at the time" or "back to the drawing board?"

Of course not. This is America, and we can do better than that. The trick is to understand that there's a big difference between invention and innovation, people don't always want to buy what you want to build, there are a whole lot of potential competitors out there, and often the devil's in the details.

So whether you're an executive in a big company, a marketing manager, a business owner or pretty much anyone with a dream, here's a checklist of the 10 most common pitfalls to avoid, with some recent real-world examples.

Bad timing. Lots if new ideas are ahead of their time, meaning they lack necessary infrastructure or customer demand. Besides, there are all sorts of unintended consequences of bad timing. For example, announcing a product too far ahead of its availability -- like Research in Motion (RIM) did with the BlackBerry 10 platform -- can freeze sales of existing products, a phenomenon known as the "Osborne Effect."

Everybody's doing it. All too often, people forget about a little thing called competition. If it's an idea worth doing, you can bet that others will follow, especially if the competitive barriers are easily surmountable. Think low-priced solar panels from China. Then there's Pandora. The Internet radio service was recently stunned by news that Apple (AAPL) was working on a competitive product.

It doesn't solve a big problem. We're always hearing about accidental ideas that become huge successes, like Facebook (FB) and 3M's (MMM) Post-It notes, but the overwhelming majority of concepts flop because nobody needs them. Inventors may come up with great ideas, but the trick is to turn them into products people can use. That's called innovation. It's also called good marketing.

Unpopular opinion. A lot of great ideas run into unforeseen issues that have nothing to do with the products themselves. Sometimes they're just unpopular or too far outside of cultural norms. For example, media reporting on the "lean, finely textured beef" that became known as "pink slime" decimated sales. Likewise, Aspartame's share of the artificial sweetener market was devastated by widely unsubstantiated claims and controversy.

Poor execution. It's great to love what you do, but if you don't know what you're doing all the passion in the world won't make you successful at it. There are many facets to every business and, when it comes to execution, the devil's usually in the details. Besides, some ideas aren't just hard to execute, they're just plain impractical. In other words, just because you're a foodie doesn't mean you should own a restaurant.

The numbers don't add up. For whatever reason, entrepreneurs, inventors and creative thinkers usually don't seem to have the bean-counter gene. Electric car makers, for example, seem to be far better at wishful thinking than number crunching. Not only are the Tesla Roadster, the Fisker Karma and even the Chevy Volt pricey, some experts dispute Tesla CEO Elon Musk's insistence that he can make a profit selling the company's Model S sedan for $57,400. I happen to think they're right.

Too much risk, too little synergy. Megamergers like AOL-Time Warner and Sprint-Nextel failed primarily because due diligence on big acquisitions, even by public companies, is far less diligent than it should be in terms of evaluating risk and synergies. Then you've Sony going completely beyond its consumer electronics competency and venturing into the motion picture business, all the while touting synergies that never materialized.

Flawed assumptions. The Internet bubble spawned hundreds of what we used to call concept companies and IPOs based solely on the assumption that demand for communication bandwidth and infrastructure would increase exponentially, more or less indefinitely. The current malaise with internet stocks like Zynga (ZNGA), Groupon (GRPN) and Facebook may or may not be analogous. Time will tell.

Where's the infrastructure? Nearly all products and services need some sort of infrastructure or ecosystem to achieve any kind of market success. Cars need refueling stations, light bulbs have to fit existing sockets, external computer and DVR storage must be compatible with standard connectors, and music and video services need content licenses. You'd be amazed how often entrepreneurs overlook the cost, time and risk associated with developing necessary ecosystems to support new product ideas.

Mismanagement. Maybe former HP CEO Leo Apotheker had the right idea to transform the company into a software company, but the way to go about it wasn't to telegraph his plan to sell the company's $41 billion personal systems group more than a year in advance. All that succeeded in doing was confusing customers and getting him fired. If mismanagement can happen to HP, Nokia, Sony and hundreds of other big companies, it can certainly happen to you.