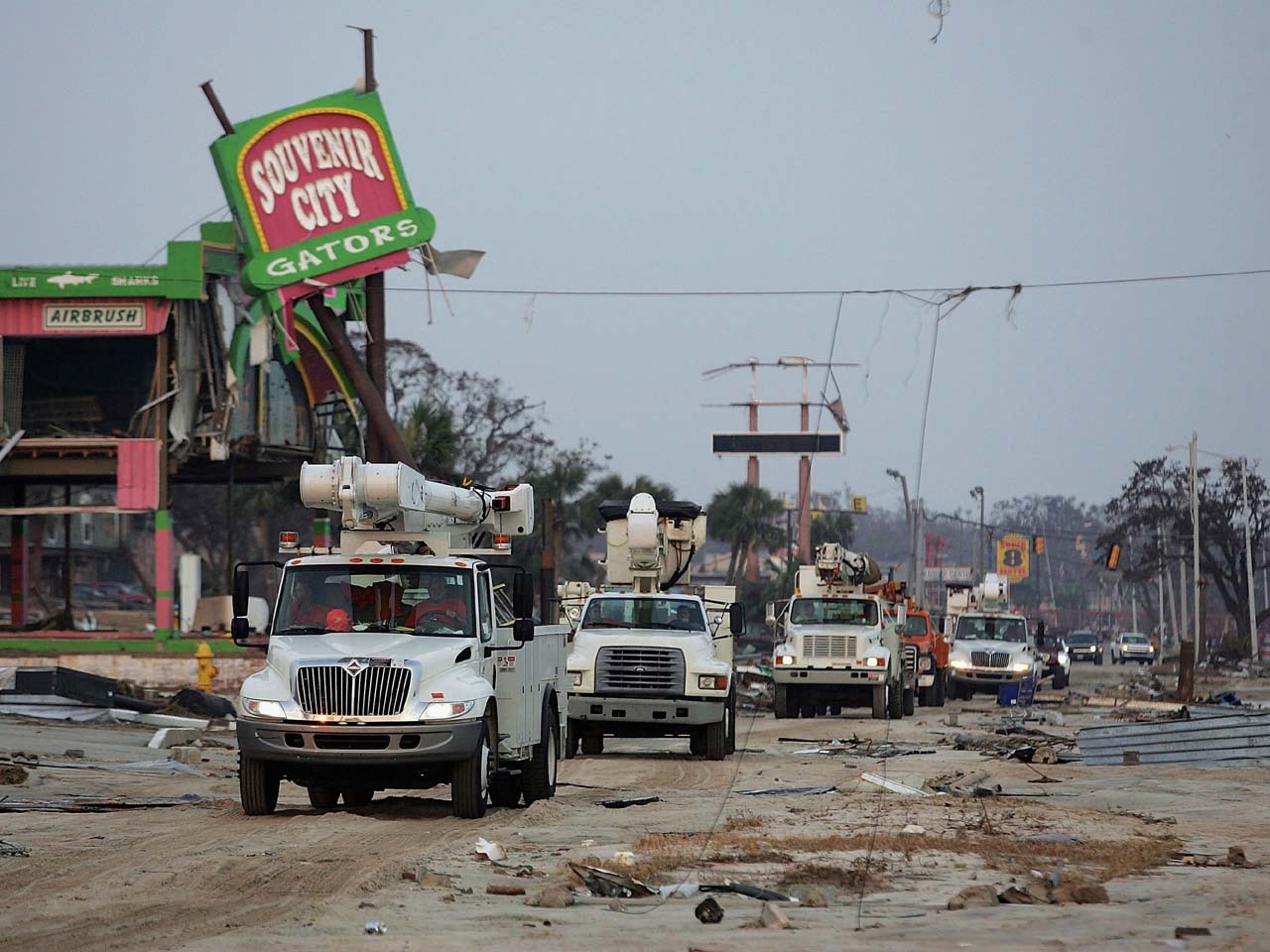 (MoneyWatch) As Hurricane Sandy lurches toward the East Coast, economists are expecting that the costs of the storm will be dramatic.

Hurricane costs can be measured based on both economic impact and damage costs. A standardized methodology for calculating total losses, including figures from the National Flood Insurance Program (NFIP), has been developed and utilized for each storm that made landfall after 1994 in the mainland United States. For almost all storms that occurred beginning in the 1995 season, the final NHC damage estimate is the sum of double the insured loss estimate, plus an adjusted estimate of flood losses from NFIP. Using that methodology, here is a list of the 10 costliest storms, according to the National Hurricane Center.

The National Hurricane Center also calculated loss based on inflation, changes in personal wealth and coastal county population to 2005. When those variables are factored in, here are the top 10 storms (note: hurricane naming began in 1953):

The National Hurricane Center notes that the last 10 hurricane seasons have produced 14 out of the 30 costliest systems to affect the United States; 2004 was an especially bad year. In addition to Hurricanes Ivan and Charley, which inflicted heavy damage on Florida within a span of just over a month, Hurricanes Frances and Jeanne combined to make 2004's total losses $53.6 billion.