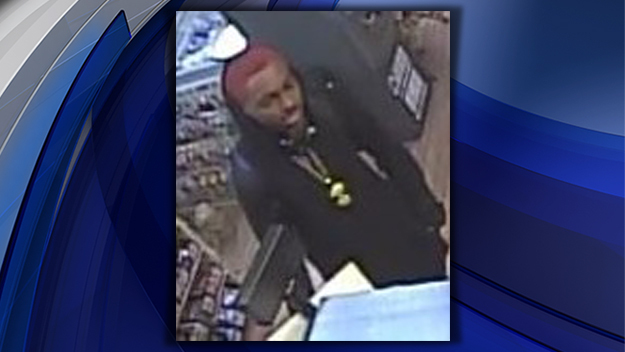 NEW YORK -- Police in New York City have arrested a man suspected in connection with at least two recent subway attacks and a robbery at a bodega, reports CBS New York.

Che Quenten Irving, 20, faces robbery charges in the three incidents, all of which occurred last week, police said. His arrest came after police released a surveillance photo of a man wanted in the case, but police have not confirmed if that man is Irving.

Police said Irving held a 22-year-old man up at knifepoint last Sunday on an uptown C train in Harlem, at around 8:30 p.m. When the victim refused to hand over his cell phone, the suspect slashed him on the hand and took off, police said.

The victim exited the train at the West 155th Street subway stop and was taken to an area hospital for stitches.

On Wednesday, police said Irving stole two bags of chips from the Spring Iconic Sweet Shop on Spring Street in Manhattan. When confronted by an employee, officials said a struggle ensued and the employee fell to the ground.

The 39-year-old employee sustained leg pain and a small cut to his finger, police said. The suspect fled westbound on Spring Street with the chips, police said.

He allegedly struck again later that same day. Police said Irving grabbed an iPad from a 28-year-old woman while on a northbound C train just before 8 p.m. Wednesday.

New York has seen a string of slashing incidents in the city's subways and on its streets since the turn of the year, leading to several arrests.

Authorities said a man was slashed early Saturday morning after getting into a dispute with two men in a stairwell at a train station in the Bronx. And police are also investigating another incident that happened on Feb. 2. In that case, a 37-year-old man was asleep on a train, when he felt a tug on his pants. He woke up and saw a man standing over him with a razor in hand and noticed that his left pocket had been cut.

The victim tried to restrain the suspect, but was punched in the face, police said.

In the most recent slashing, on Sunday morning, a 19-year-old woman was jogging in a Queens park, when she was allegedly cut on a thigh with a sharp object by a man, reports CBS New York. No arrest has been made in that case, or the previous two.