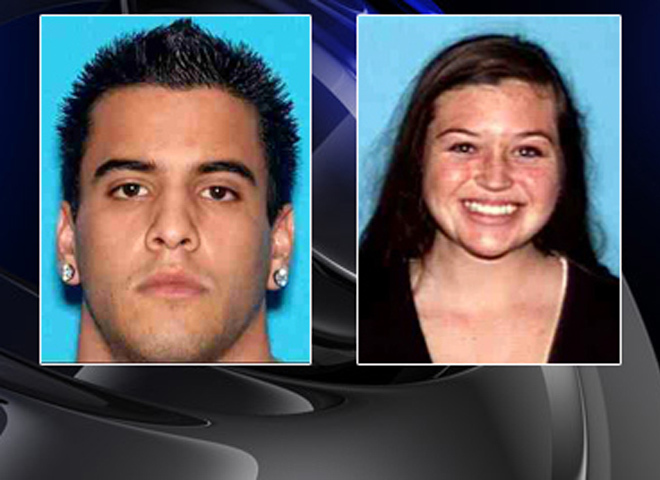 Another hiker not involved in the search found 19-year-old Nicholas Cendoya at about 8 p.m., then told a rescue crew where to find him, Orange County sheriff's Lt. Jason Park said.

Rescuers spotted "a delirious" Nicholas Cendoya, 19, after after crews received a tip from a hiker that a man was at the bottom of a steep ravine, reports CBS Los Angeles station KCBS-TV. He was barefoot and wearing shorts, the station says.

Orange County sheriff's Lt. Jason Park says Cendoya was conscious and talking and was airlifted to a hospital 20 miles away in Mission Viejo. Television footage showed him walking with help from paramedics.

The public information officer for the hospital told KCBS Cendoya is in serious condition.

"When the paramedics did an assessment on him, they reported that he is very weak ... severely dehydrated ... he's been out in the brush for days ... and he's slightly confused," Division Chief Kris Concepcion of the OC Fire Department told the station.

The whereabouts and condition of the second hiker, Kyndall Jack, 18, remained unknown, Park said. It wasn't immediately clear if he was able to provide information about Jack.

KCBS says a helicopter was actively searching for the young girl. Heavy brush and zero visibility forced crews to call off a ground search overnight.

The pair had not been heard from since their cell phone died Sunday night.

Several dozen searchers, with help from three helicopters, had been combing the rugged hills of Trabuco Canyon in the national forest.

They were searching the area because a 911 call from the hikers' cell phone was traced to a nearby cell tower, Orange County Fire Authority Capt. John Muir.

Muir said earlier that Cendoya and Jack's "probability for survival is good" with mild weather both day and night.

The two were believed to have gone off trail near Holy Jim Trail, a tree-lined dirt path along a creek that leads to a waterfall and is popular with day hikers.

In the 911 call, they said they were about a mile from Jack's car, which was parked at a trailhead, but rescuers expanded the search when they weren't found nearby.

Jack's mother drew a message on the car's dusty windshield that read, "Kyndall -- we r looking wont stop love you mom," and signed it with a heart.

"When you're disoriented because you're out of breath and tired and you think you're one mile away, you could be potentially three or four miles away," Muir said Wednesday afternoon. "There's a lot of ground to cover."

It was unclear whether the lost hikers carried water and Jack's father, Russ Jack, said he worried that after three days the pair might be dehydrated.

The area is in a section of the national forest in the Santa Ana Mountains, which lie along the border of Orange and Riverside counties southeast of Los Angeles. The trail ranges in elevation from about 2,000 feet to about 4,000 feet.