MIAMI (CBSMiami) – Tropical Storm Cristobal is moving very little while it continues to cause heavy rainfall and life-threatening flooding.

At 11 p.m. Wednesday, the storm was about 20 miles south of Ciudad del Carmen, Mexico.

It had maximum sustained winds of 45 mph and not moving. 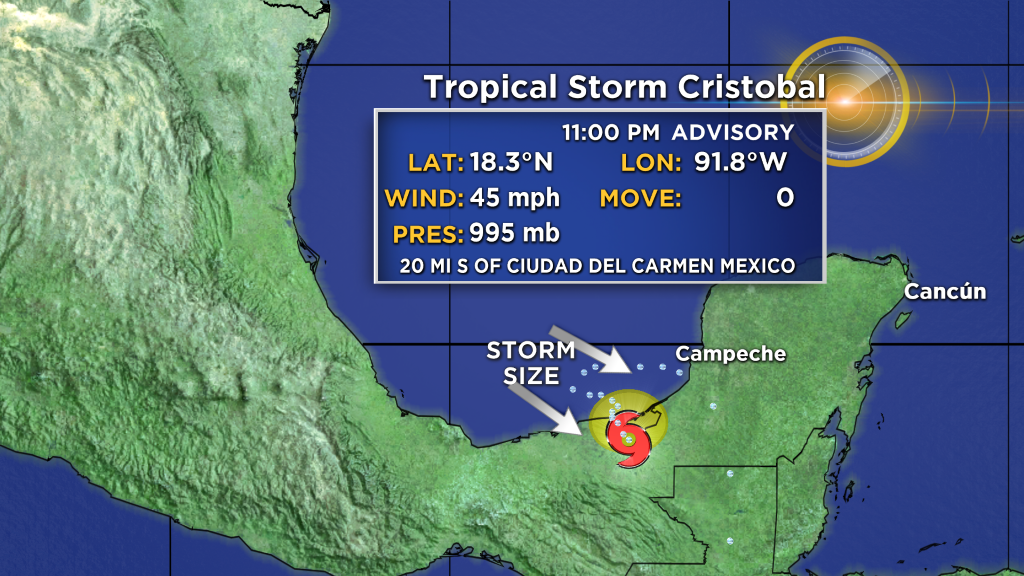 Cristobal has been nearly stationary this evening but a slow southeast or east motion should resume overnight.

A turn toward the north-northeast and north is expected on Thursday, and a general northward motion should continue through Saturday.

On the forecast track, the center will move over the land mass of eastern Mexico through Thursday.

RELATED: HURRICANE 2020: PREPARING IN A PANDEMIC

Slow weakening will occur while the cyclone moves over land, and Cristobal will likely become a tropical depression by Thursday evening.  Some re-strengthening is expected to begin on Friday.

The government of Mexico has a Tropical Storm Warning in effect from Campeche to Coatzacoalcos on the country's Gulf Coast. The warning means tropical storm conditions are expected somewhere in that warning area within 36 hours.

Damaging and deadly flooding has already occurred in parts of Mexico and Central America.

There is a risk of storm surge, rainfall and wind impacts this weekend along portions of the U.S. Gulf Coast from Texas to the Florida Panhandle.