Talk about a spectacle. Taylor Swift took the job of opening the 55th GRAMMY Awards seriously, and went all out with her performance of her GRAMMY-nominated single "We Are Never Ever Getting Back Together."

Dressed in all-white top hat, tails, shorts, and boots, she appeared as the ringleader of a wild bunch of circus performers that included clowns, dancers, marionettes, and a man on stilts. There was fire, plenty of flashes, and the set was strung with yellow bulbs. And the production made at least one nod to Lewis Carroll, too, with the inclusion of a big white rabbit.

All told, if the job at hand was to grab our attention, it absolutely succeeded. 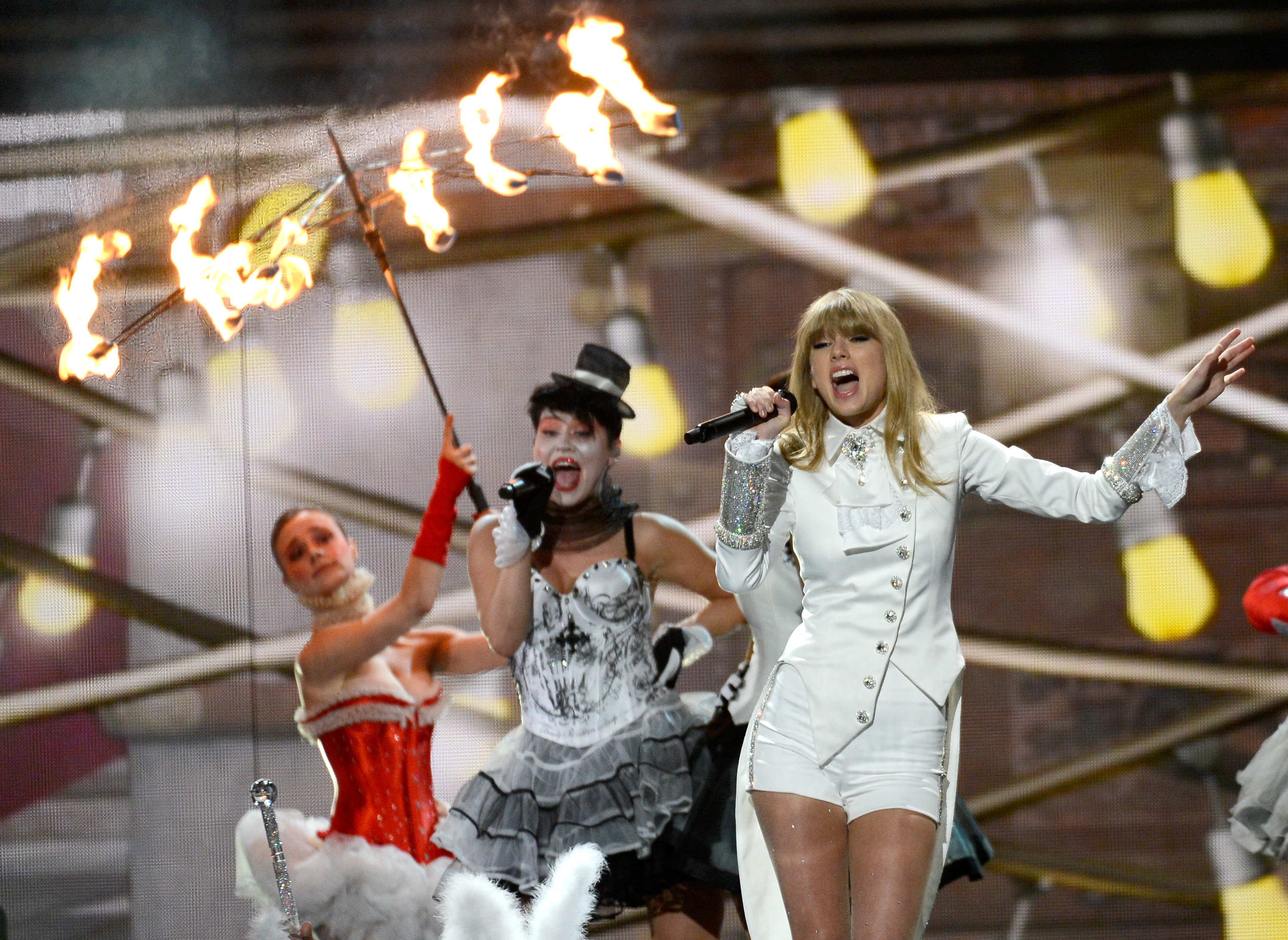 Taylor sassed up her singing as well, extending her "yeeeahs" a bit and making one nod to the performance at hand. "I'm sorry," she sang halfway through the song, "I'm busy opening up the GRAMMYS. And we're never getting back together."

The song ended with flash pots and confetti. Taylor stood still at the end, attempting to hold a stoic look, but cracking just the slightest hint of a smile.

What do you think? Was it spectacular? Did Taylor knock it out of the park?