MIAMI (CBSMiami) – AAA predicts about 33 million Americans will drive more than 50 miles during this Memorial Day weekend which is the most in ten years. But there is good and bad news about gas prices.

Gas prices are up about 70 cents from the lows in January.  The national average for a gallon of regular gas is now $2.73 a gallon, the high point so far this year. However, that's still well below last year when prices hit $3.69 a gallon.

In fact, Michael Green from AAA says drivers are enjoying some of the lowest summer prices in five years.

"Gas prices are much cheaper than in recent years because crude oil is so much lower. Oil prices are 50 dollars a barrel less than last summer," said Green.

The Florida average is $2.62 per gallon for unleaded gas. It's a bit more in South Florida. It's about $2.72 per gallon.

With prices lower than last year, it is estimated Americans could save $80 billion on gas by the end of the summer which is about $400 per household.

The one major exception is southern California where refinery issues have kept prices high, around $4 a gallon.

Much of the recent run-up in prices has been due to the normal seasonal shutdowns of refineries as they stop producing winter blend gasoline and prepare to start making the more expensive summer blend required to reduce smog and air pollution. But most of that changeover is now complete, and supplies of gasoline should start to build. Once that happens, gas prices should begin to fall again by July or August. Post-Labor Day, prices should drop again. 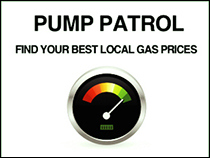 CLICK HERE TO FIND THE CHEAPEST GAS PRICES NEAR YOU