MIAMI (CBSMiami) -- Hyundai and Kia are recalling more than a half million vehicles in the U.S.

The automaker says the recall is due to problems that can cause engine failures and fires.

Some Sportage SUV's from 2011-2012 and Tuscon SUV's from 2011 to 2013 are also being recalled due to potential engine oil pan leakage. If the leakage isn't fixed, the loss of oil may result in engine damage. 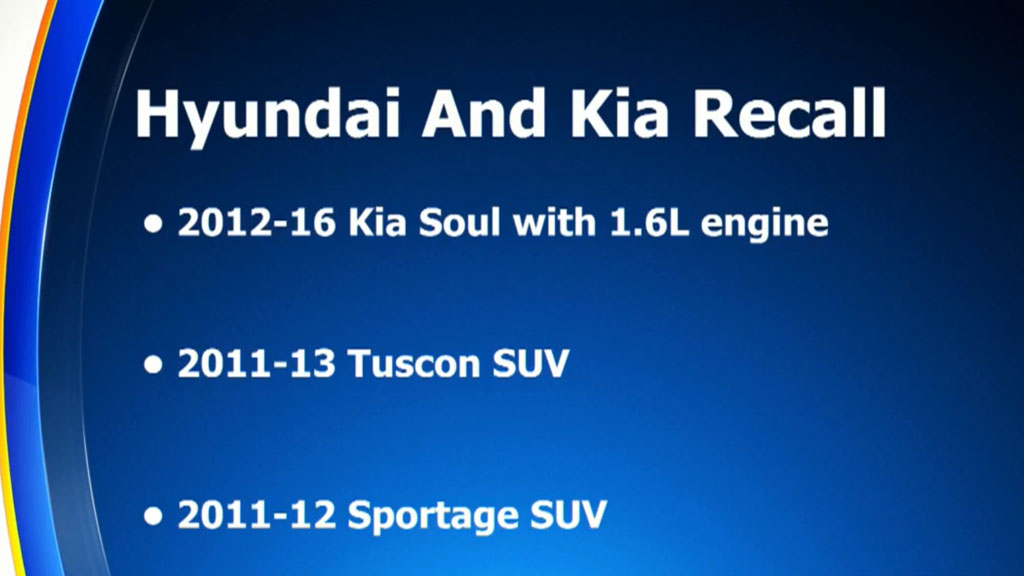