HAVANA (CBSMiami) – CBS4 News anchor Rick Folbaum went into Havana on Thursday to get the reaction of Cubans the day before the American flag rises on the island country after 54 years.

Those hanging out in Malecón are aware of the coming change and many welcome it.

"We've been waiting a long time for this," a 31-year-old woman told Folbaum. "This change will be good."

She believes normalized relations will open up new opportunities for the Cuban people. Though, some of the people in South Florida are afraid of all that.

She said she doesn't care about politics – not when positive things can happen for Cubans, young and old.

One young father was not convinced.

He said he's for more freedom, but in another way. He doesn't trust the U.S. or the Cuban government to help him or his family.

And then there is Agnes Gross.

Her father left Cuba for Miami as a young boy. Now she has brought her granddaughter Lauren to teach her about her Cuban roots.

Gross said her relatives in Miami are upset she is here, but that she sure the positive changes coming. 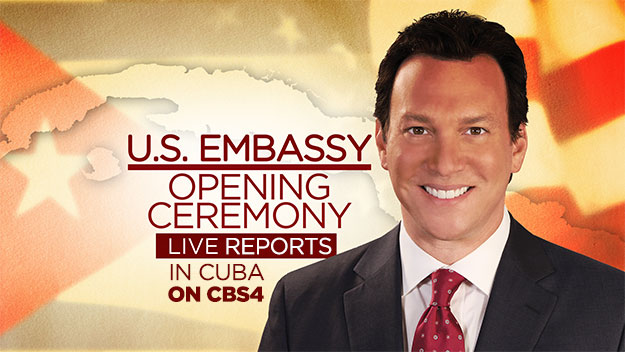 CBS4's Rick Folbaum is in Cuba and will also be covering the ceremony on Friday.