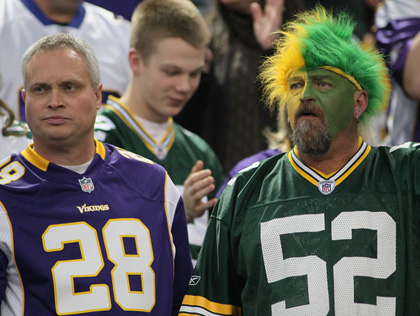 PLAYOFFS! Ok, now the fun really begins. In the AFC everyone is assuming it will be Patriots vs. Broncos in the title game, so these AFC wildcard teams aren’t expected to do much damage.  But the NFC is truly up for grabs. You can make a case for Green Bay or Seattle as being the favorite in the NFC, despite the fact that they didn’t even finish in the top 2. No team is playing better in the NFC right now than those two. And let’s be honest, Atlanta is the top seed in the NFC but they aren’t scaring anyone. And the 49ers? With Colin Kaepernick at QB? He’s played fine so far but is he the guy you want to ride to the Super Bowl? Anyway, it all starts this weekend, so we will soon find out. My gut says it will be Broncos vs. Green Bay for all the marbles.

We closed out the season going 8-8 in Week 17, not great but not terrible either. I was hoping to go out with a winning week but it didn’t happen. We ended the regular season with 122 wins and 100 losses (3 ties), so it was a profitable run for us.

One note before we get to the picks, if you like trends there is one that points to the Texans and Packers this week: teams coming off of a season ending loss, and playing as a home favorite in the wildcard round (like the Texans and Packers) are10-3 against the spread last 13 games. And yes, I did pick both of those teams this week.

Let’s start the postseason with some winners...

Stop me if you’ve heard this one before: a Texans team with high expectations jumps out to a strong start, then stumbles at the end of the season. And instead of getting a bye week they end up hosting a wild card game where they are favored by 4 1/2 points. They are playing an upstart Bengals team who everyone expects to come in and knock them off. Sounds a lot like this year, but that was the Texans' exact scenario last year. And the result will be the same as last year. Houston will win.

This game is a rematch of last year’s wild card game. Only last year it was TJ Yates at QB for Houston, filling in for an injured Matt Schaub, leading the Texans to a victory over rookie QB Andy Dalton and the Bengals. This year? Well, the Texans may be healthy but they sure are limping into the postseason. They’ve lost 3 of 4 games and blew a top seed and a bye week by losing to the Colts last weekend.

The Bengals have been pretty hot lately.  They are 7-1 straight up and against the spread in their last eight games. In that stretch they have only given up over 17 points once (in a 20-19 loss to Dallas). So they are one of the hottest teams in the league heading into the postseason. But I still like the Texans here.

The public perception is that the Texans are stumbling, and the young Bengals are surging, and the line movement shows that. This game opened at Houston -5 and now down to Houston -4 1/2. So money is coming in on the Bengals.

I know all about Houston’s problems over the last few weeks and how they couldn’t secure the top seed, let alone a bye week but the Texans are 6-2 at home this season, winning by an average margin of 17 points. I’m willing to give them a pass on the last few games and I think they will get it done this week and they will get it done on the ground.

I think the difference in this game is Arian Foster. The Bengals pass defense is pretty good, so the Texans will be forced to use Foster on the ground. No problem, he’s one of the best running backs in the league. Foster should have a big day like he did in last year’s wild card game (150 yards, 2 TD’s).

Cincinnati defense is playing well, with two interceptions returned for touchdowns the past two games. So, expect the Texans to keep the ball on the ground with one of the best running backs in the league and neutralize those defensive backs. The Bengals offense is struggling recently, with only one offensive touchdown in their last two games. You can’t win playoff games on the road if you can’t score.

So, I’ll put my money on the Texans and Arian Foster at home to knock off the Bengals. I’ll say Houston wins 27-17. And Texan fans should enjoy the win, because if (when?) Houston wins they will have to travel back up to Foxboro next week to play the Pats, then it’s all over. But for this week, I’ll take the Texans.

This game is all about the Packers. Yeah, I know last week the Vikings gave Green Bay everything that they had and won 37-34 in an epic back and forth battle. But that’s not happening this week. I think the Packers come out fired up and ready to play on their home turf.

Laying -7 1/2 in the NFL is asking a lot, especially in the playoffs. That half point (the ‘hook’) could come back and bite you, especially with a late TD when the game is well in hand.  But this week I feel comfortable the Packers will be able to get it done and win this game by double digits.

I’m really only looking at one angle in this game, the Packers passing offense vs. the Vikings passing defense. Green Bay is 3rd in the league in pass offense, going up against the 23rd ranked Vikings pass defense. So Aaron Rodgers is probably going to have a big game but that’s not anything new.

Green Bay is hot, as hot as any team in the league. They are 9-2 in their last 11 games (8-3 against the spread) and Aaron Rodgers has a 109 QB rating in that stretch.

If you are backing the Vikings this week then you are doing it for one reason, Adrian Peterson. Peterson has been on fire for the past two months and in the two games he played against the Packers he put up 409 yards and two touchdowns. Wow. But I don’t think that will be enough for the Vikings to keep it close. Do you feel confident with Christian Ponder? In his last game at Lambeau in Week 13 he only threw for 119 yards (12-25 passing attempts), he had 1 touchdown, 2 interceptions and a 41 QB rating. Adrian Peterson ran for 220 yards that game and the Vikings still lost by 9.

I don’t know why I keep doing it, but I keep picking against the Colts. They are 11-5 against the spread this season and I think I’ve picked against them in every game except 1 or 2. And I’m doing it again this week. So, feel free to ignore the rest of this write-up if you are sick my anti-Colts bias.

But I’m not really against the Colts, not at all. They have been the best story in the NFL this season. Their head coach, Chuck Pagano, was diagnosed with leukemia and since that diagnosis the Colts are 10-3 both straight up and against the spread. Rookie QB Andrew Luck has stepped up and performed as well as any rookie QB in recent memory.

And the most amazing part of this whole season is that the Colts are doing it all with a pretty bad defense. Like bad as in 29th overall, 32nd against the rush bad. And they have been outgained on offense in each of their last four games, but they keep on winning.

Speaking of defense, Baltimore has been known for their defense over the past decade, but this season that defense isn’t as strong as in the past. The Ravens come into this game ranked 26th overall, but the important stat for me is that they are 13th against the pass. And in order for the Colts to win, they’ll need QB Andrew Luck to have a big game.

The Ravens, on the other hand, will need RB Ray Rice to take advantage of that poor Colts rush defense. If Rice can get on track and play like he did against the Giants in Week 16 then the Ravens should be ok.

There is an X Factor this week for Baltimore, and it’s LB Ray Lewis. He announced this week that he is retiring after this season. Lewis is injured and may not make it onto the field this week, but his presence and leadership should go a long way on the Ravens sideline.

Yes, the Ravens have lost four of their last five games but I think this veteran team can take advantage of the Colts defense and get a win for Ray Lewis in (most likely) his last home game in Baltimore.

I really wanted to find a way to pick the Redskins in this one, I really did. But I can’t do it. I just don’t see how they can win here. They have the home field advantage and that should factor in, but I don’t see them being able to handle the Seattle defense.

While, both teams are hot coming into this game, Washington has won seven games in a row, and the Seahawks are 7-1 in their last eight. Both teams are 11-5 against the spread this season.

So let’s look at the match-ups. The first thing to look at is the running games, as both teams are ranked at the top of the league in rushing (Seattle is #1, Washington is #2). I think the Redskins run game has taken a hit since Robert Griffin got hurt back in Week 14. Seems like Griffin is a little more hesitant to scramble out of the pocket, although last week vs. Dallas he took a run 17 yards for a touchdown. But I think the Seattle defense will contain him and leave the rushing duties up to Alfred Morris. Morris has played well lately, putting up 200 yards last week against Dallas, and over 100 yards in 4 of the past six games. If the Redskins are going to win, they’ll need a big game from Morris.

The Redskins are #2 in the league in rush defense, and they will need to be on their game if they plan to contain Marshawn Lynch. Lynch, like Morris, has been on fire lately, rushing for over 100 yards in each of the last four games, with five touchdowns in that span.

I expect this to be a tight game with lots of running, but the Seahawks are the better team. And I think Russell Wilson is the better QB (although not by much). RGIII is coming off that injury a few weeks ago and if Seattle can put pressure on him I think they can win.  As hot as Washington is playing, I think the Seahawks are peaking right now and with the Redskins still flying high off of the “win or go home” game against the Cowboys last week, I think they will have a letdown here. Mike Shanahan gets the coaching edge over Pete Carroll, but I still think Seattle will win this one.

I’ll say both teams keep the ball on the ground, and in a low scoring game I’ll lay the points and say Seattle wins 24-17.