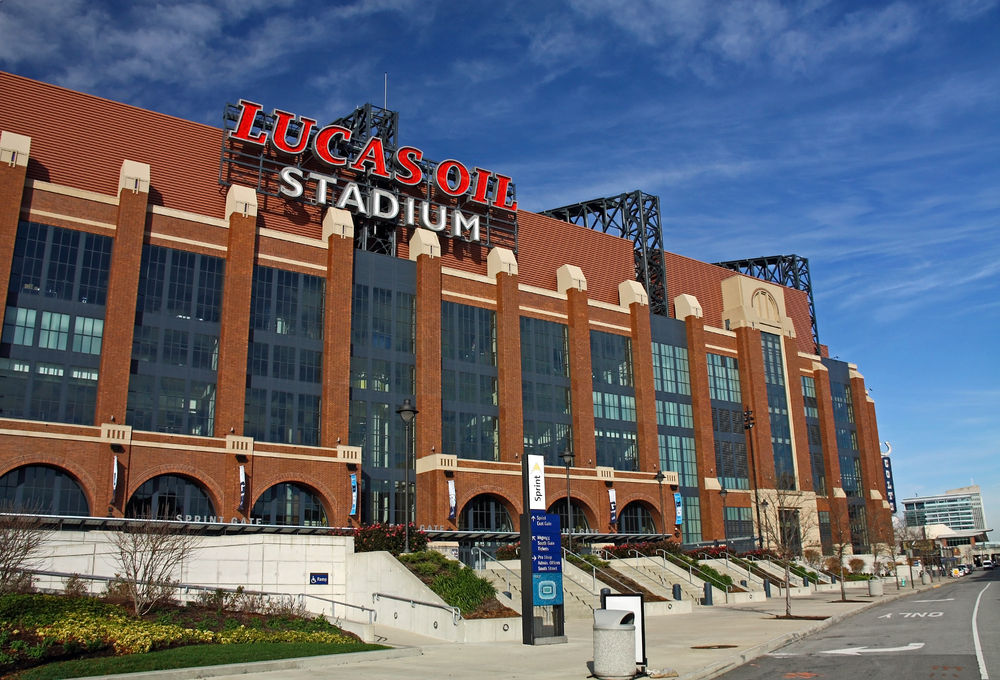 It's that time of year again: Super Bowl Sunday is right around the corner. Whether you're a Giants or Patriots fan, this rematch is bound to be a good one to watch.

Football players make tons of money, even when they're not performing at the top of their game. And those players who have multiple winning seasons or make their way into the Pro Football Hall of Fame are rewarded handsomely with endorsement deals, TV gigs and paychecks that will make your head spin.

All that money can buy you a heck of a home, and the football players on this list have taken full advantage of the market. It's hard to feel bad for the guys who aren't playing in Super Bowl XLVI after seeing these places -- I'm sure they can throw a great game day party at home to cheer themselves up.

Tensions are high, and the Pats are hoping to show Eli Manning and the Giants who's the boss on Sunday. But if New England loses, Tom Brady still has it pretty good. He's married to supermodel Gisele Bundchen, has been to several Super Bowls and just built a 22,000 square foot mansion in California.

Perhaps the only thing going wrong for Brady is his Boston real estate deal. His Boston condo has been on the market since 2009 and has taken a $400,000 price cut. It's currently for sale at a list price of $10.5 million, according to Zillow.

Eli Manning has grown up in the shadow of his brother Peyton. But with the older Manning sidelined this season with a neck injury and Eli headed to the Super Bowl, he may have a chance to shine on his own.

Despite being named a New York team, the Giants' stadium is actually in New Jersey. That's probably why Manning and his family call Hoboken, N.J., home. The Manning family's 3,000 square foot condo has spectacular views of New York and is a gadget-lovers' dream.

The home is fully automated and includes "motorized shades, fancy lighting schemes, multi-room audio and a motorized pillar that unveils the top-shelf bar selections" according to Electronichouse.com.

Before his stint on Fox's NFL Sunday, Michael Strahan had a tremendous football career. He started in over 200 games, went to seven Pro Bowls and was the NFL's AP defensive player of the year in 2001. And those are just the brief highlights.

Strahan has more going for him than a storied football career: He also has quite a real estate portfolio. According to NJ.com, back in 2008 the former Mrs. Strahan put the couple's 10-bedroom estate on the market for $7.75 million. And just recently, the former defensive lineman put his Mediterranean-style L.A. mansion on the market for nearly $7 million, according to Realtor.com.

Terry Bradshaw is now famous for hamming it up on "Fox NFL Sunday," but he's only there because of the great football legacy he left behind. The former quarterback played 14 seasons with the Pittsburgh Steelers, racked up four Super Bowl titles and was inducted into the Pro Football Hall of Fame in his first year of eligibility.

He's clearly reaped the benefits of years of hard work. The football legend listed his stunning 5,000 square-foot Florida home for sale back in December for a reported $1.4 million. It's located in the Jack Nicklaus-designed Concession Golf Course community and has all the bells and whistles you'd expect an NFL great to have in his home.

Deion Sanders can do it all: He played cornerback in the NFL, but filled in at the running back and wide receiver positions as well. He was a first-round draft pick for the Atlanta Falcons back in 1989, but went on to play with the San Francisco 49ers, Washington Redskins, Baltimore Ravens and Dallas Cowboys, winning a Super Bowl each with the 49ers and Cowboys. He also moonlighted as an MLB outfielder for the New York Yankees, Atlanta Braves, San Francisco Giants and Cincinnati Reds.

Between sports careers, Sanders built up quite a real estate portfolio, as evidenced by the properties he listed for sale in recent years. The first was a 29,000-plus square foot home in Prosper, Texas. Just in case that wasn't enough room, Sanders also owned a posh 5,000 square-foot condo in downtown Dallas, which he listed in 2010 for $7.5 million, according to RealEstalker.

No list of football greats would be complete without Joe Montana. Drafted in 1979 by the 49ers, Montana went on to become one of the greatest football players in the history of the game, according to many fans. The eight-time Pro Bowler won four Super Bowls with the 49ers, was the NFL's Super Bowl MVP three times and spent the last two years of his football career with the Kansas City Chiefs.

He also has an estate named after him. "Villa Montana," as it is known, is currently on the market for a cool $35 million. The home sits on 500 acres, according to Yahoo Sports, and features three bedrooms and four baths in nearly 10,000 square feet of living space.