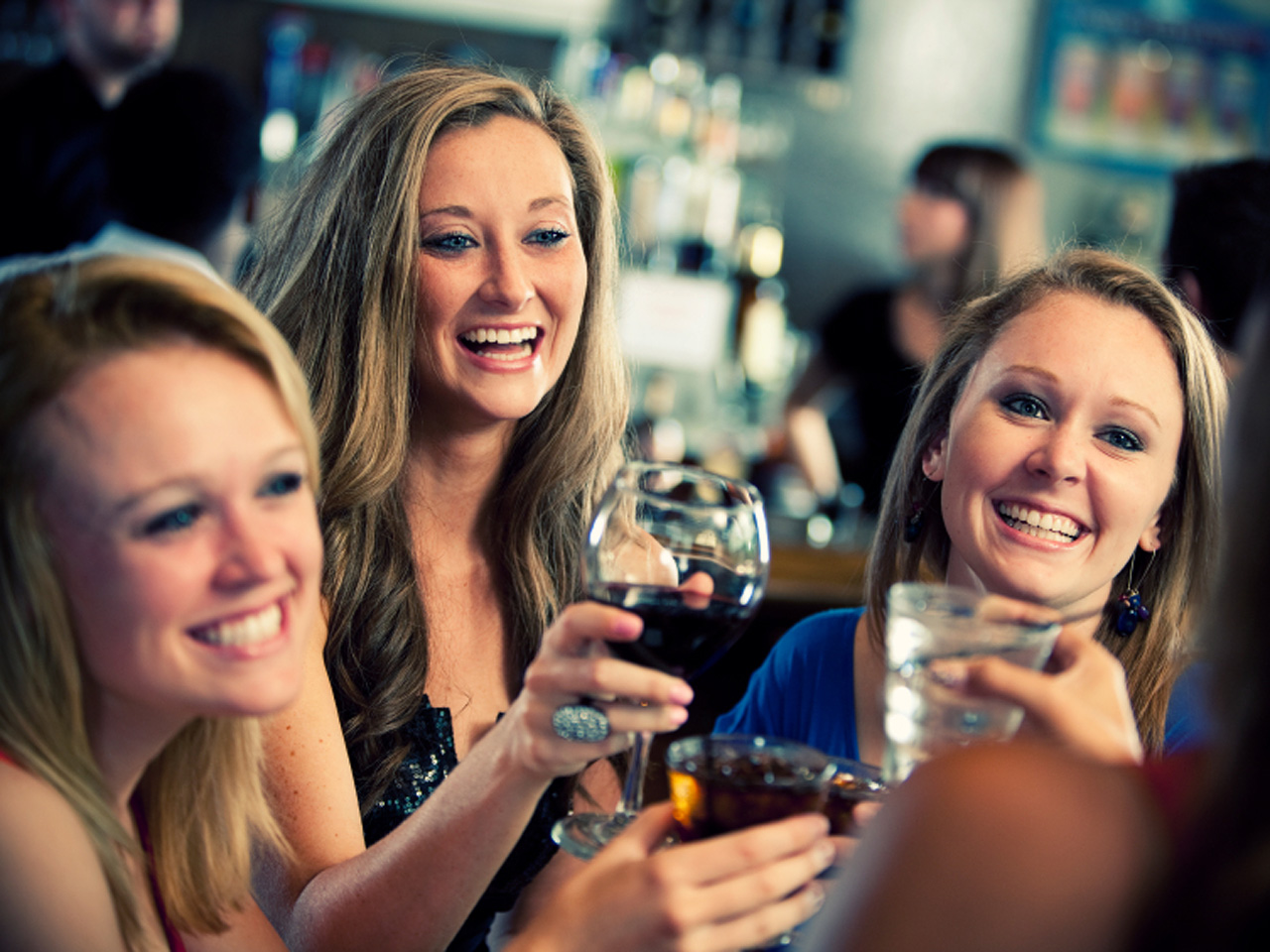 Let's face it, dieting is hard. People have enough trouble giving up the foods they've grown to like, but having to lose weight without the comfort of an occasional drink can be a deal-breaker for some dieters.

While certain diets have a zero-tolerance policy toward booze, others allow or even encourage moderate alcohol consumption - and experts say diets that permit drinking may be easier to stick to than their more rigid counterparts.

From Angela Haupt of U.S. News & World Report, here's a look at six diets that allow drinking, with the first five listed in the order they're ranked among Best Weight-Loss Diets. One diet has not been evaluated by U.S. News as part of its Best Diets rankings. Each diet allows for at least one drink a day, and doesn't require compensating with exercise or by shaving calories elsewhere.

Certain foods are less energy dense than others - that is, they have fewer calories per gram. On Volumetrics, you'll fill your plate with more of these to get the most out of every bite you eat. (For the same amount of calories, for example, you could have 1 pound of low-density carrots, or 1 ounce of high-density peanuts.) It's alcohol-friendly, too, though women should stick to one drink a day, and men, no more than two. Go for wine coolers, gin-and-tonics, and light beer, since they're lowest on the energy-density spectrum. Avoid pina coladas, margaritas, and daiquiris, which are highest.

From U.S. News: The Skinny on Alcoholic Beverages and Weight Loss

Dietary Approaches to Stop Hypertension (DASH) is a healthy-eating plan designed to deflate high blood pressure. Alcohol is allowed, but not a boundless amount. Dieters should stick to one or two drinks a day for women and men, respectively. Though two daily drinks equals 14 a week, you can't save up and have them all at once. Binge drinking can elevate blood pressure and damage the liver, brain, and heart, so moderation is key.

DASH diet: What makes it the best overall?

What's a Mediterranean diet without wine? You'll load up on fruits, veggies, whole grains, beans, nuts, legumes, and olive oil - and top it all off with a splash of red wine. Why? Red wine is packed with antioxidants and resveratrol, a chemical that may have anti-aging properties. Many studies suggest a glass or two a day is heart-healthy, may protect against certain cancers, and may slow the progression of neurodegenerative disorders like Alzheimer's and Parkinson's disease.

Most vegetarians choose a lacto-ovo approach, turning their backs on meat, fish, and poultry while still eating dairy products and eggs. There are no restrictions on alcohol - if you want to have a drink or two a day, that's fine. The approach is significantly more alcohol-friendly than veganism, which only permits certain types of alcohol. Some wines, for example, are filtered through gelatin, egg whites, and isinglass, which is made from fish bladders, and vegans don't consume any animal products.

Following Zone means conforming to a ratio of 40 percent carbohydrates, 30 percent fat, and 30 percent protein. Alcohol fits into that equation, too, though Barry Sears, the diet's creator, warns that beer and wine contain carbs, and all alcoholic beverages add calories. If you're going to drink, Sears recommends red wine, since it's packed with polyphenols, antioxidants thought to thwart inflammation and other health problems.

Like the Mediterranean diet, it emphasizes fruits, veggies, whole grains, fish, and nuts. Wine plays a leading role, too: The New Sonoma Diet (2011, $22.95), by registered dietitian Connie Guttersen, even suggests food and wine pairings. Guttersen points to a 2010 study of 20,000 women that found that drinkers were 30 percent less likely to become overweight or obese over a 13-year span than were nondrinkers.