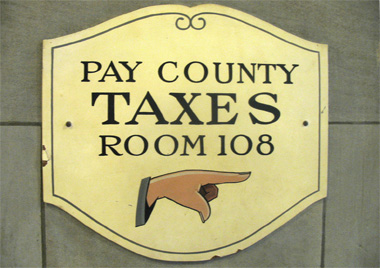 Federal tax time is at hand, and it's hard not to wince at how much of your earnings go to the government. But not everyone feels your pain. Some of the biggest corporations in the world have found ways to avoid taxes -- federal, state, local, or foreign, you name it. Here are some companies that have turned tax dodging into art. And every time you turn around, there's a new outrageous example coming along.

Amazon (AMZN) is different from the other corporations on this list. Sure, it wants to minimize the taxes it pays, but what really gets the company's nose out of joint is collecting tax: state sales tax. Keep from asking people to pay that tax, and you have an advantage over local stores.

Corporations are supposed to collect taxes if they have a business presence in a state. Amazon has cut its own sales affiliates in states that wanted the sales taxes on in-state purchases. Amazon has distribution centers in other states and often runs them as separate companies that don't technically sell product and then argues that the subsidiary shouldn't collect taxes, and neither should Amazon.

When Texas presented Amazon with a $269 million bill for uncollected sales tax from 2005 through 2009, the company said it would close its facilities in the state, and it's promising 1,200 jobs in South Carolina if it gets a sales tax exemption there.

When it comes to retail, everyone loves a bargain.

It's Expensive To Take Hundreds of Billions in Federal Bailouts

Dealing with banks is tough when you're in dire straits. Just ask people who sought mortgage modifications from Bank of America (BAC); only 39 percent succeeded. But don't get angry. Think of how BofA also suffered through the economic recession it helped create. In fact, the bank needed bailouts, including Troubled Asset Relief Program funds, which it paid back, and  the eradication of hundreds in billions in mortgage losses, which it got, free and clear. Overall, times were rough. No wonder the bank used 115 foreign tax havens to avoid federal income taxes in 2009. Wouldn't you? If you could, that is.

General Electric (GE) certain puts its "imagination at work" to good use in working the tax system. Last year, the company reported $14.2 billion in profits globally, with $5.1 billion from the U.S. And yet, it didn't just avoid taxes, but pulled off a $3.2 billion tax rebate. A GE spokesperson spent time claiming that the company did, in fact, pay "significant federal income tax in 2010," only to finally admit that "GE did not pay US federal taxes last year because we did not owe any." Just the other day, news broke that the company would get $8.8 million in public funds to help offset the cost of a $51 million research center. Now that's ingenuity.

Try Searching for These Profits

Avoiding the tax man isn't just a U.S. sport. Between 2006 and 2009, Google avoided $3.1 billion in taxes on foreign profits, the lowest rate of the five largest U.S. technology companies.

Google uses a bit of tax blarney called the Double Irish. It involves two Irish subsidiaries: one gets credit for most of Google's foreign profits and the other licenses Google's own technology to its overseas operations. The latter is untaxed because its management is in tax haven Bermuda. Profits go to the first Irish subsidiary, up to another subsidiary in the Netherlands (to avoid an intra-country payment that would trigger Irish taxes), and then back down to the second Irish subsidiary.

Now the profits are in the untaxed company and not even Google can find the tax bill.

Assemble Your Own Stylish Tax Dodge

Ikea has developed a reputation as a cheap and tough place to work. But everyone knows that non-profits don't have money to spear. Yes, the global home furnishings parent is Ingka Holding, a Netherlands company owned, in turn, by Stichting Ingka Foundation, a Dutch-registered non-profit created by Ingvar Kamprad, the company's founder. The foundation is conservatively worth tens of billions of dollars that are "dedicated to innovation in the field of architectural and interior design."

There is little to no oversight of Dutch charities and no obligation for the foundation to make its books public, so no telling how much charitable work this charity does, though evidence suggests that it's little. Other complex inter-organizational relationships let the Kamprad family pull money out at an effective tax rate of roughly 3.4 percent. With all that money, good thing they have access to cheap storage units.

What are neighbors for if you can't twist a few arms? And when it comes to taxes there is little that Microsoft (MSFT) won't do. When Washington State ended a temporary sales tax exemption -- worth an estimated $1 billion to the company -- for running a server farm, Microsoft moved its data center to Texas, which promised to waive all taxes for ten years. The minute Washington relented and restored the tax break, the data center returned. How time flies when you're making money.

Then there are the deals it made to avoid an estimated $757 million in software licensing taxes by routing a lot of business through a Nevada subsidiary. Quite the payoff on its bet.