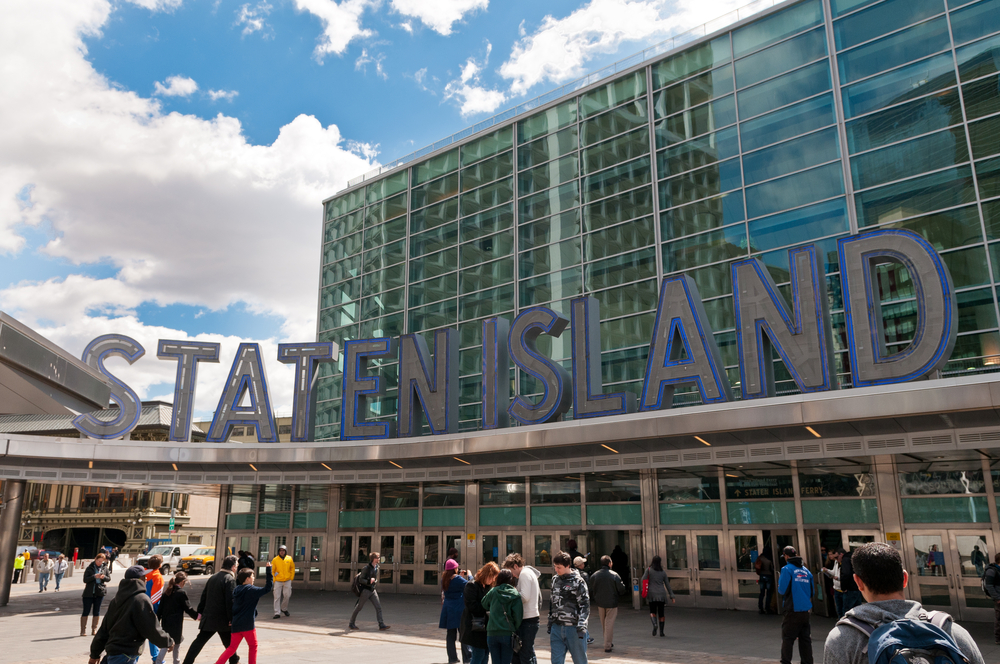 (MoneyWatch) In which borough will you find the cheapest real estate in New York City? Can you buy a home for less than half a million in San Francisco? Can you land a home on the Las Vegas strip for five figures?

You can find all these things, if you know where to look. Even the biggest, most expensive cities in the country have pockets of affordable real estate where home prices are half (or sometimes less) the median price of the city as a whole.

In order to determine the cheapest neighborhoods to buy a home, we gathered data from real estate firm Zillow, and looked at the lowest median home prices of neighborhoods in the 20 most populous cities in the country.

The neighborhoods on this list are cheaper than others in their city for a number of reasons. Sometimes the average home size is smaller; some places have a lot more condos than single-family homes; some places are still dealing with a huge number of foreclosures and haven't recovered from the housing crisis yet, while other places have long histories of unemployment and crime.

Here are the Top 20 cheapest neighborhoods to buy a home in the U.S.:

If you're looking for a cheap place to live in New York City, Staten Island or the Bronx are your best bets. The Melrose neighborhood in the Bronx is the cheapest in the city with the median price at $200,300, followed by a slew of North Shore neighborhoods in Staten Island, which range from $221,700 to $250,300. A number of new development projects have started to turn around Melrose, which has a high concentration of people living in public housing.

The least expensive areas in Los Angeles are scattered throughout the city, but many are located within South Los Angeles or the San Fernando Valley, where median home prices are under $300,000. However, Boyle Heights on the city's east side has the lowest median price at $254,000. Home prices are making leaps and bounds in these areas, having increased double digits over the past year.

Compared to its big-city counterparts Los Angeles and New York City, Chicago's median home price is a steal at $159,000. But if you're looking for a place even cheaper than that, head to the O'Hare area where the median price is a meager $85,700. For that price, you are committing to living near the fifth busiest international airport in the world. If you want to skip the airplane noise, the next cheapest neighborhood is Roger's Park, followed by West Humboldt Park, where median prices hover around $100,000. Roger's Park is home to Loyola University and edges along Lake Michigan. West Humboldt Park is located near some of the city's hottest neighborhoods such as Logan Square and Wicker Park, but it hasn't seen the same kind of gentrification yet.

Only three "urban villages" in Phoenix fall below the city's median price of $141,900. Alahambra has a median price of $98,300, followed by Estrella at $110,100 and then Encanto at $139,900. Prices in Alahambra, an older suburban village located a few miles from downtown, are up nearly 50 percent over last year, an incredible turnaround in just a year.

Like the rest of Vegas, both communities' home prices are up nearly 30 percent over last year--which is still only half what they were worth before the bubble burst.

Jacksonville was one of many Florida cities that were absolutely bombarded with foreclosures during the housing crisis. Home prices are still heavily deflated by the number of foreclosures still working their way through the system. The cheapest neighborhood is Lackawanna, which has a median sales price of $40,700, followed by Edgewood's $41,500 median price and Grand Park's $42,300 median price. Prices don't seem to be headed in the right direction either -- at least not yet-- as most of these neighborhoods are still dropping in value.

San Francisco is not a cheap place to live by any means. It actually has only one neighborhood where the median price is less than half a million dollars: Bayview at $399,600. Head over to the next cheapest, Visitacion Valley, and the median price already surpasses half a million at $515,800. Most of its cheapest neighborhoods are clumped together in the southeastern end of the city, isolated from the rest of the bustling area, and have struggled with high rates of unemployment and crime. However, Bayview, like many of the other neighborhoods on this list, has been the focus of redevelopment for the city.

Austin hasn't seen the same kind of price gains as some of the other cities on this list, but it also hasn't seen the same kind of price drops either. Its population has been growing, despite the recession, helping to boost home prices at a steady rate. The cheapest neighborhoods are Pleasant Valley, which has a median price of $94,400, and Montopolis, which has a median price of $103,700--half of the city's median price. The areas are on the upswing thanks to some redevelopment along East Riverside Drive, a main street running through both neighborhoods to downtown Austin. However, the communities close proximity to the Austin-Bergstrom International Airport will likely mean these areas will remain some of the cheapest in the city.

In a bankrupt city with a population that's been packing up and heading out for half a century, you're bound to find cheap properties. The cheapest are, however, in what are considered some of the roughest neighborhoods: Van Steuban, Aviation Sub and Castle Rouge. All of them have high crime and vacant properties. Median prices range from $30,400 to $34,100, but you can find homes for much less than that.

College Downs, aptly named for its proximity to the University of North Carolina at Charlotte, is the least expensive at $54,500 but the median prices in Washington Heights, Thomasboro-Hoskins, Todd Park, Hidden Valley and Westerly Hills all fall at or below $60,000. The cities are scattered around the northern end of Charlotte.

Median prices range from $40,300 in Berclair-Highland Heights to $142,200 in River Oaks-Kirby-Balmoral, so home prices across Memphis are still very low. Berclair-Highland Heights is located on the far northeast side, ringed by the outer edges of the city's main thoroughfare, Interstate 240. The area is plagued with foreclosures, and still has a number of homes and apartment buildings moving toward the auction block.

Coldstream-Homestead-Montebello, Madison-Eastend, Sandtown-Winchester and Berea all have median prices under $50,000 with the C-H-M being the least expensive at $42,800. Most of these neighborhoods provided the setting for large portions of "The Wire," a TV show set in Baltimore's toughest neighborhoods. Unfortunately for these neighborhoods, prices aren't improving much either.

Boston is yet another city where cheap isn't really cheap. The least expensive neighborhood in the city, Mattapan, still carries a median price of $239,800. Roxbury and East Boston aren't much better at around $253,000--and these prices are largely for condos and apartments. Mattapan and Roxbury are connected by Blue Hill Avenue, which has been revitalized over the past decade, while East Boston is isolated from the city, abutting Logan International Airport.

The cheapest place to buy a home in Seattle is South Park, where the median home price is $194,900, more than half the city's median price of $417,900. There's a reason the neighborhood is so inexpensive--it's surrounded by the city's industrial sector, polluting much of the area. Northgate, known for its mall and the surrounding development, is also inexpensive, with a median price at $209,100.

River Terrace, Marshall Heights and Fairfax Village--all neighborhoods sandwiched between the Anacostia River and the border of Maryland and surrounding Fort Dupont Park--have median prices between $167,000 and $188,500. The areas aren't nearly as bustling and populated as Capitol Hill, but they're not far from it either--just a few miles.

Windsor, located in between Aurora and Denver, centers on Windsor Lake and is flanked by golf clubs and a large cemetery. The median price is $92,400, much less than Denver's $242,900 median price. The area has a lot of condos on the market, meaning that it's generally cheaper to buy there, though don't expect a yard.