INGLEWOOD (CBSLA) — The Los Angeles County Board of Supervisors and the L.A. City Council Tuesday will consider posting a combined $60,000 reward for information leading to the person or people responsible for the shooting death of 16-year-old Tioni Theus whose body was found alongside the 110 Freeway.

L.A. City Councilman Curren Price's office sent out a release Monday night saying Price is expected to co-present a motion Tuesday, along with Councilman Marqueece Harris-Dawson, offering a $50,000 reward for information leading to the arrest and conviction of Tioni's killer or killers.

Meanwhile, the Board of Supervisors will consider a motion Tuesday calling for the county to establish a $10,000 reward. Supervisor Holly Mitchell introduced the motion.

A group of community activists also gathered Monday, pushing for elected officials to offer a reward. 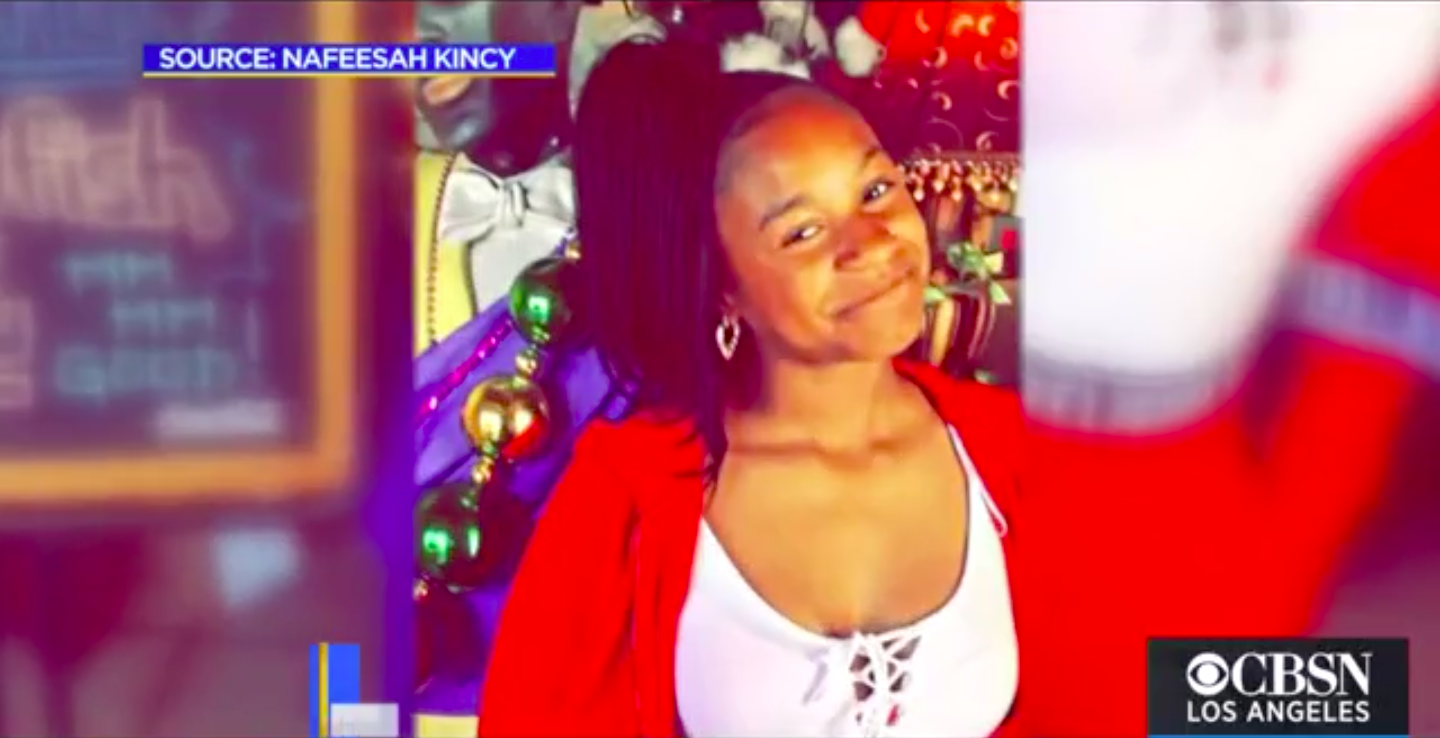 The community group Operation Hope held a news conference announcing they are offering a reward $5,000 reward for information regarding Tioni's death.

On January 7, Tioni visited her father Darien Jackson at his Inglewood workplace, in what he explained as a depressed and distraught state. Less than 24 hours later she was found dead, shot in the neck twice.

Jackson detailed the events of the day prior to the discovery of his daughter's body on the southbound 110 Freeway in South Los Angeles, telling CBS reporters that ever since her mother was critically injured in a hit-and-run accident, his daughter had been living with him. He said that she hadn't been the same girl he knew since that tragic incident turned her life on its head.

"She said, Daddy, nobody loves me. The only person that loved me was my mama," he continued, "I said that's not true, I said I love you. She just was crying, crying, I felt her pain."

Jackson said that as his daughter was planning to leave he had a bad feeling, and begged her to stay with him. Despite denying his requests, he gave his daughter a kiss and a hug, before she left for a party with an unnamed friend, leaving him for what he said he "didn't know was a last goodbye."

Tioni's body was found the next morning, and investigators disclosed that the teenager was murdered - shot twice in the neck.

Now, her family is beside themselves, searching for a reason in how somebody could take a life so heartlessly.

"Dumped on the freeway like nothing," Jackson said, "Yeah. That just broke me down. It hurt me, it's like who could be so cold like that?"

"We have so many questions. Everybody is so in disbelief," said her cousin Rashida Kincy.

They want to make sure that their loved one is remembered for her beauty, vibrancy and intelligence, rather than dehumanized as the investigation of her death ensues. "Let's speak up, let's stand up for one another. Talk for those who can't, save the next child's life," Kincy continued, "It could be your child, it could be your cousin."

According to details provided to The Los Angeles Times by some of Tioni's family members, when her mother's accident occurred in 2019, she began to rebel, disappearing for extended periods of time, and being pulled into theft and prostitution.

"We're definitely not pretending that Tioni was an angel,'' her cousin Nafeesah Kincy told The Times, "She faced trauma. I want to humanize her. I don't want her to be seen as a prostitute or a runaway or somebody that people feel like 'Oh, well, they live that lifestyle.' ... It's so many young women out here being victimized and being taken advantage of physically and sexually,'' she said, "So it's my cousin today. But it could be your cousin, your daughter, your friend tomorrow.''

While California Highway Patrol continues to investigate, Tioni's family plans to make a plea to the public on Saturday.

They will gather to call upon California public officials, including the Los Angeles City Council and Governor Gavin Newsom, in the introduction of an award on any information involved in her murder - similar to the one instituted in the fatal stabbing of Brianna Kupfer, who's victim was arrested on Wednesday following the announcement of an award fund totaling $ 250,000 for information in her case.

One of those who will be in attendance is Najee Ali, who works with Operation Hope. "It's important that Governor Newsom and state elected officials realize that Tioni Theus' life mattered,'' he told City News Service "The fact that someone could shoot and kill a young woman and dump her body on the side of the freeway like she was trash is outrageous."

The group is set to gather at 11 a.m. on Saturday morning at the 76 Gas Station on South Figueroa Street in Los Angeles.

A GoFundMe for Tioni can be found by searching for the keywords, "Tioni's Funeral Expenses."