SANTA ANA (CBSLA) - At Orange County's John Wayne Airport, the usual holiday weekend rush home is not nearly as busy this year and some people are blaming COVID.

"I feel like may be people are a little bit hesitant because it doesn't seem as busy as it usually is around holidays," airport visitor Jesse Trapp said.

Still, others say that the highly contagious Delta variant of the coronavirus didn't affect their weekend plans at all.

"If there was something rampant, like a really serious...yes, but he had COVID in July, so we feel like he's been vaccinated in the worst way possible," Chantel Perrault said of her son. "So, I feel a little safer. We're all vaccinated."

Dr. Fauci says there is a new variant, called Mu, which was first discovered in Colombia. The World Health Organization calls Mu a "a variant of concern" and is tracking it carefully.

"The Delta variant is over 99% dominant. So, when we say we're keeping an eye on the Mu, we want to make sure it doesn't become more dominant. The concern is that it has a few constellation of mutations that would indicate that it might evade the protection from certain antibodies," Fauci said. 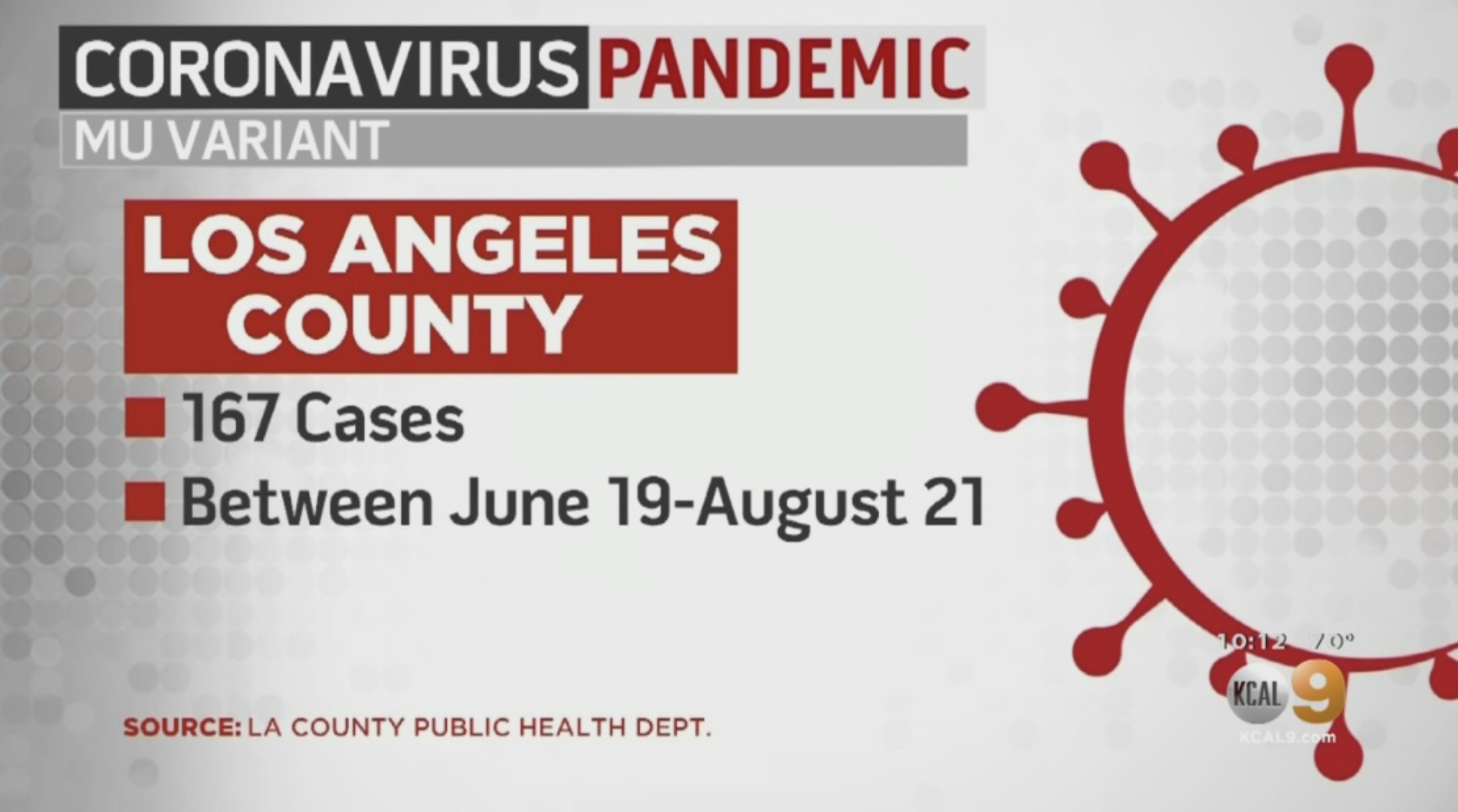 The Mu variant is already in Los Angeles County, with 167 known cases discovered between June 19 and August 21.

"It's labeled a variant of concern by the World Health Organization, and it has some protein attributes that we believe will help it evade vaccination. So, it's certainly a big concern if it spreads widely," Dr. Noymer says. "We just don't know yet."

At the airport, some travelers just hearing of the Mu variant for the first time didn't know what to think.

"The last I heard, we had a Delta and a Landa. When did this one come about?" traveler Peter Zareiyan asked. "Honestly, it sounds like they're just naming Pokémon characters at this point. I think they're using a lot of scare tactics. I'm not saying people aren't dying out there. Wear a mask, get the vaccine, but at the end of the day, society needs to go on."

Another traveler, Sheida Tabari, took the long view on variations of COVID-19

"It sounds like this is a mutating virus. So, it's gonna be hard to find a vaccine and hopefully, we will, so we can be protected in the long run," she said.

While Dr. Noymer is watching the Mu variant, he's still very concerned with the number of breakthrough cases caused by the Delta variant and says people should expect to hear more talk of booster shots this fall.