PACOIMA (CBSLA) - A single-engine Cessna 172 went down Sunday onto train tracks adjacent to Whiteman Airport in Pacoima, sending the pilot to the hospital.

"I was walking my dog," said Rocio Duran, a witness. "I saw the police going and saw the plane was down." 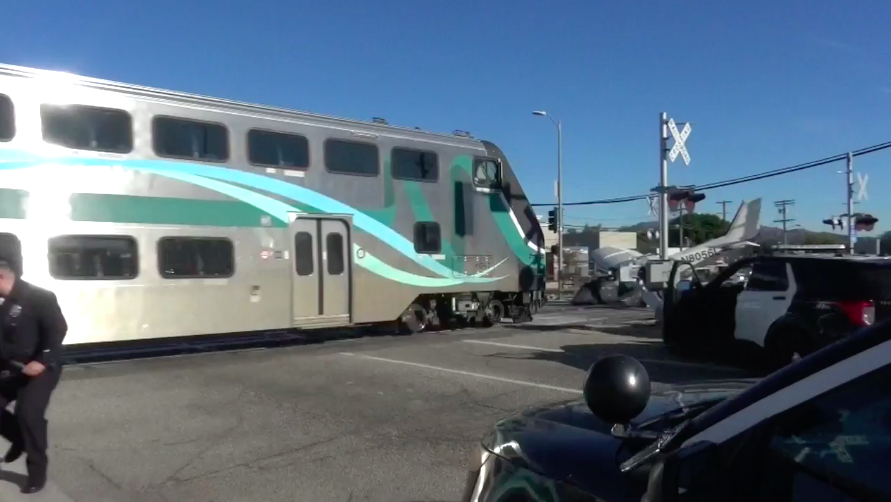 The pilot was the sole occupant on board and was pulled from the aircraft by bystanders prior to the arrival of firefighters at around 2:10 p.m. Sunday, according to Los Angeles Fire Department spokesman Brian Humphrey.

"Once we realized the train was coming full speed down the tracks we knew we needed to find a way to get him out or he was going to die," said Officer Robert Sherock of the LAPD.

The pilot was taken to a trauma center by LAFD paramedics. He was treated for cuts and bruises and is in stable condition.

No other injuries were reported and there was no fire, according to the LAFD. A minor fuel spill was contained by firefighters.

The damaged plane remained on or near Metrolink Antelope Valley line train tracks, and all train movement was restricted in that area, the LAFD added.

One or more lanes of San Fernando Road and Osborne Street were closed in the area while crews investigated the crash and conducted cleanup operations.

The pilot has not yet been identified. No other injuries were reported.