"I've lived here for ten years I've never seen the bay so high or the ocean so high this early and before high tide," said Scott Duffy, a Newport Beach resident.

City crews in Newport Beach breathed a sigh of relief when the tide did not cause flooding on streets or near homes.

"The ocean is awesome and yet frightening at the same time," said Melanie Itiz, a Newport Beach resident. "We would hear the waves come up, you could hear it. It sounded like thunder or train crashing against it."

Experts believe Thursday night's high tides will dissipate by Friday. Climate change could be to blame, some scientists say, meaning these high tide events could be more frequent in the future.

The National Weather Service has issued a "Beach Hazard Statement" for parts of Southern California through late Friday night.

In Newport Beach, officials have barricades and caution tape set up near Balboa Pier to prevent residents from climbing to the top of berms, which are meant to protect parking lots and residential areas from the rising waters. Meanwhile, massive waves are crashing on the shore.

"I have never seen the berms so high. If you look behind you, they've actually run out of sand," Newport resident, Martin Derek, said. "The tide, I've never seen it like this in my whole life living here." 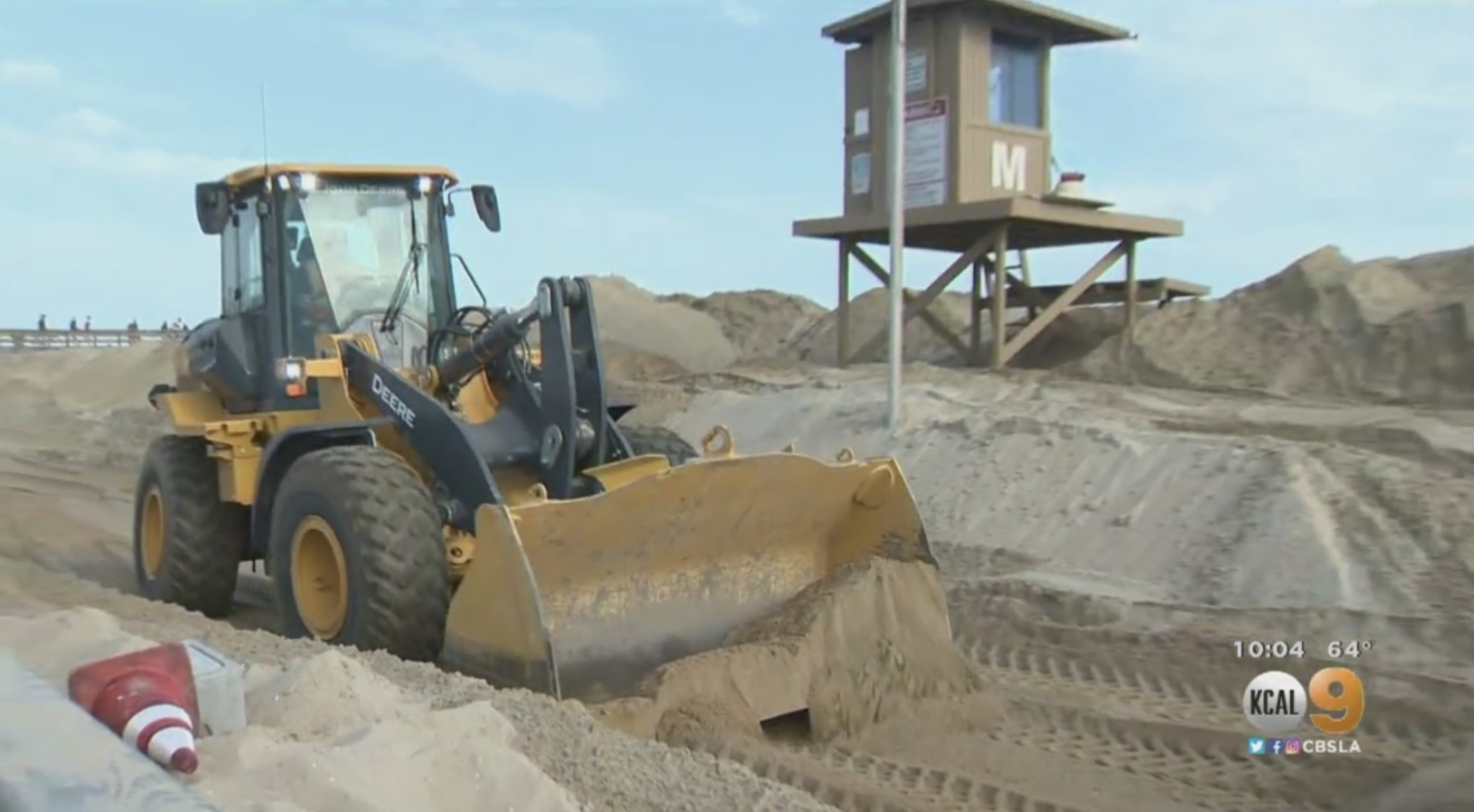 "They just didn't prepare for it. This year they're doing a great job," Derek said.

Chanel Graber whose street was flooded last July said she hopes crews are prepared this year, saying they were in water, drenched up to their waists.

Director of Newport Public Works, Micah Martin, admits that last year they were unprepared for the big swells and high tides, but that this year crews are working around the clock just in case.

"Last night was kind of a good gauge as to where we should be. So, we feel pretty well prepared, but we're still here on standby with our crews to monitor the situation," Martin said.

Some 20 miles to north, in Long Beach, officials are fighting their own battle against the surf where a dump truck unloaded tons of sand at the 77nd Place lifeguard stand, attempting to shore up the parking lot at Alamitos Bay. Just a few hundred yards up the coast, massive berms have been built to protect beachfront homes from surf pounding into the mountains of sand.

"It was a little bit scary, yeah, because the waves are real high," a swimmer, Richard Maquinales, said.

So far no flooding has occurred in either area. However, the "beach hazard" warning continues through Friday.