LOS ANGELES (CBSLA) -- A mountain biker was rescued after falling into a canyon at Mt. Wilson Thursday morning. The biker clung to the sheer canyon wall as quick-thinking fellow bikers helped secure him and call for emergency help.

"He knew he was in such a precarious situation. He was just scared to even rotate his head to look at us. He just didn't want to move a muscle," Los Angeles County Sheriff's Deputy Richard Thomsen told CBSLA. 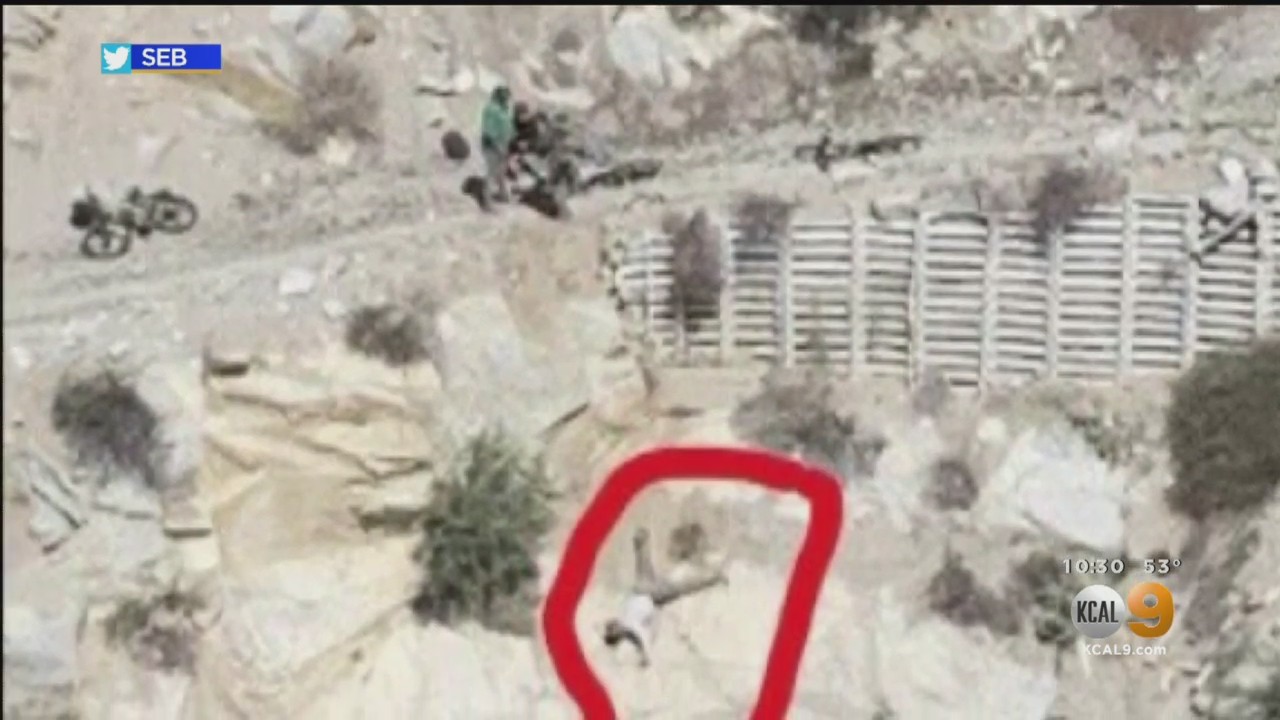 The biker fell upside down, hundreds of feet above the canyon floor in the Angeles National Forest. First responders said he was around 40 feet below the road, facing head-down and laying on his stomach when some other bikers on the trail saw him.

Sheriff's Deputy Scott Helbing said the two onlookers were able to lasso the stranded biker's ankle with a cord that they used as an anchor to keep him from falling any farther.

When Air Rescue Five arrived at the scene, deputies worried that the rush of wind from the chopper would actually blow the victim off the side of the mountain.

"Because he was head-down on the rock face there, that dropped probably a good 40 feet before it hit some soft dirt and a boulder," Sheriff's Deputy Scott Helbring said. "And beyond that was hundreds of feet down to the bottom of the canyon."

First responders decided to drop a paramedic down trail who then rappelled down the side of the canyon wall and secured the biker so that he could be airlifted to safety.

This was the second rescue in the Angeles National Forest this week.

As the weather gets nicer and more people venture out, deputies are reminding people to be prepared when they venture out into nature.