LEIMERT PARK (CBSLA) -- June 19 marks the end of one of the most hateful eras in American history.

Juneteenth, a verbal mingling of June 19, marks the anniversary of Union Army Gen. Gordon Granger reading General Order No. 3 in Galveston, Texas on June 19, 1865, which began, "The people of Texas are informed that, in accordance with a proclamation from the Executive of the United States, all slaves are free.'" Juneteenth is a state holiday in Texas and a paid holiday for state employees in Virginia, New York and Pennsylvania. 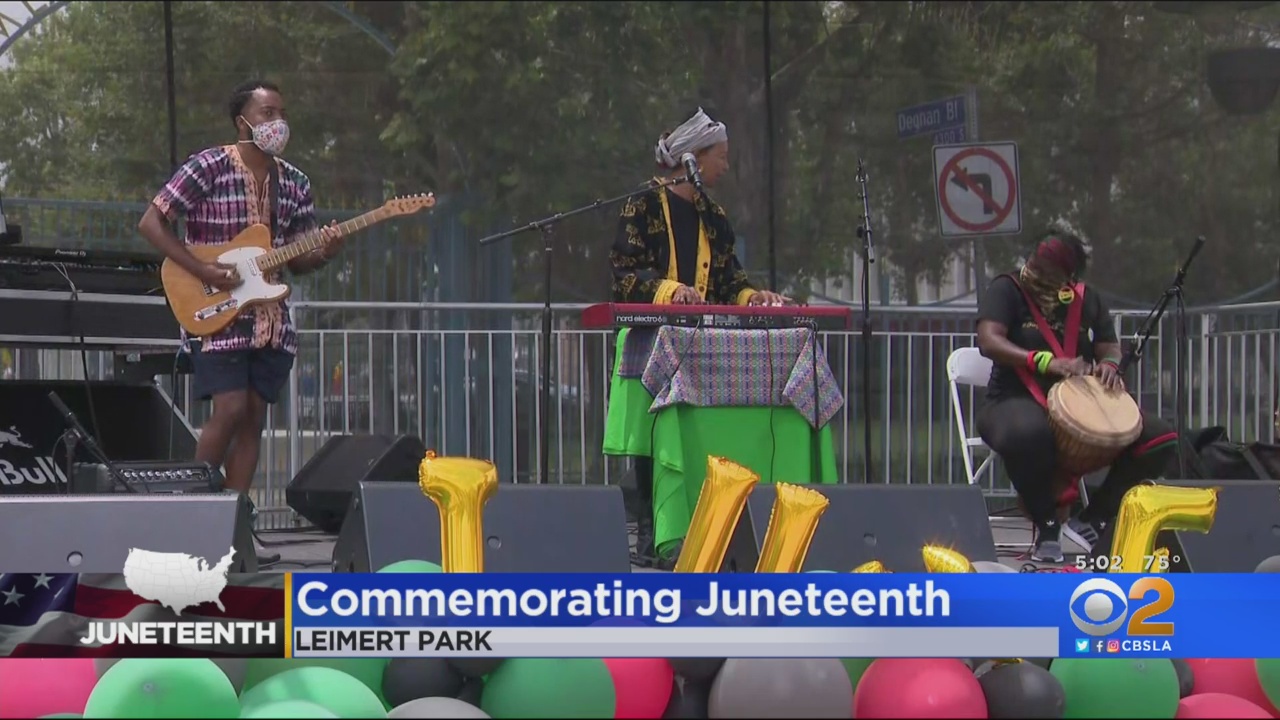 Now, 155 years later, Juneteenth falls during a period of civil unrest across the country, sparked by the death of a Black man who was held by the neck under the knee of a white Minneapolis police officer.

Folks at Leimert Park, who have held a Juneteenth commemoration every year for over a decade, said they want to make sure this movement is sustained and non-Black Americans continue to recognize this day in American history each year.

"Today's event has been going on every year to commemorate Juneteenth, but it's never been like this before," said artist Mohammed Mubarak. "This is beautiful."

Mubarak showed off his work at the 11th annual Juneteenth celebration in Leimert Park. He said he's pleased to the see the Black Lives Matter movement push this holiday into the limelight.

The festival drew vendors from all over, who brought their products to the park to promote Black-owned businesses, including Mubarak.

"There's an awakening of what the day is and almost like permission to celebrate it," said festival goer Jolan Dawson.

This day has grown significantly this year, as many corporations declared it a holiday for the first time ever. Events honoring Juneteenth kicked off all over Southern California.

A group held a skate event downtown, and car parades hit the streets in Inglewood.

However, for many, a celebration isn't enough. They want more people to realize that black history is American history.

"They need to know more about the Civil War and contributions of Black Americans to building the country," Mubarak said.

Although today's events show progress, members of the Black community want more than a parade. They want liberation.

"People get killed in the street...locked up in jail...fired from jobs, because they're black," Mubarak said. "All of that stuff has to change."