HIGHLAND PARK (CBSLA) - The largest tiny home village in the country and in California, which will serve as interim housing for people experiencing homeless, was set to open Thursday in Highland Park.

This latest tiny home community is one of about a half dozen around the city that are accommodating about 1,000 people struggling with homelessness.

City leaders said that the tiny home villages are a step in the right direction toward fighting the homeless crisis. In the Highland Park, each of the tiny homes have the option for one or two beds. There's air-conditioning, heating and quilts made by local artisans laid across the beds. 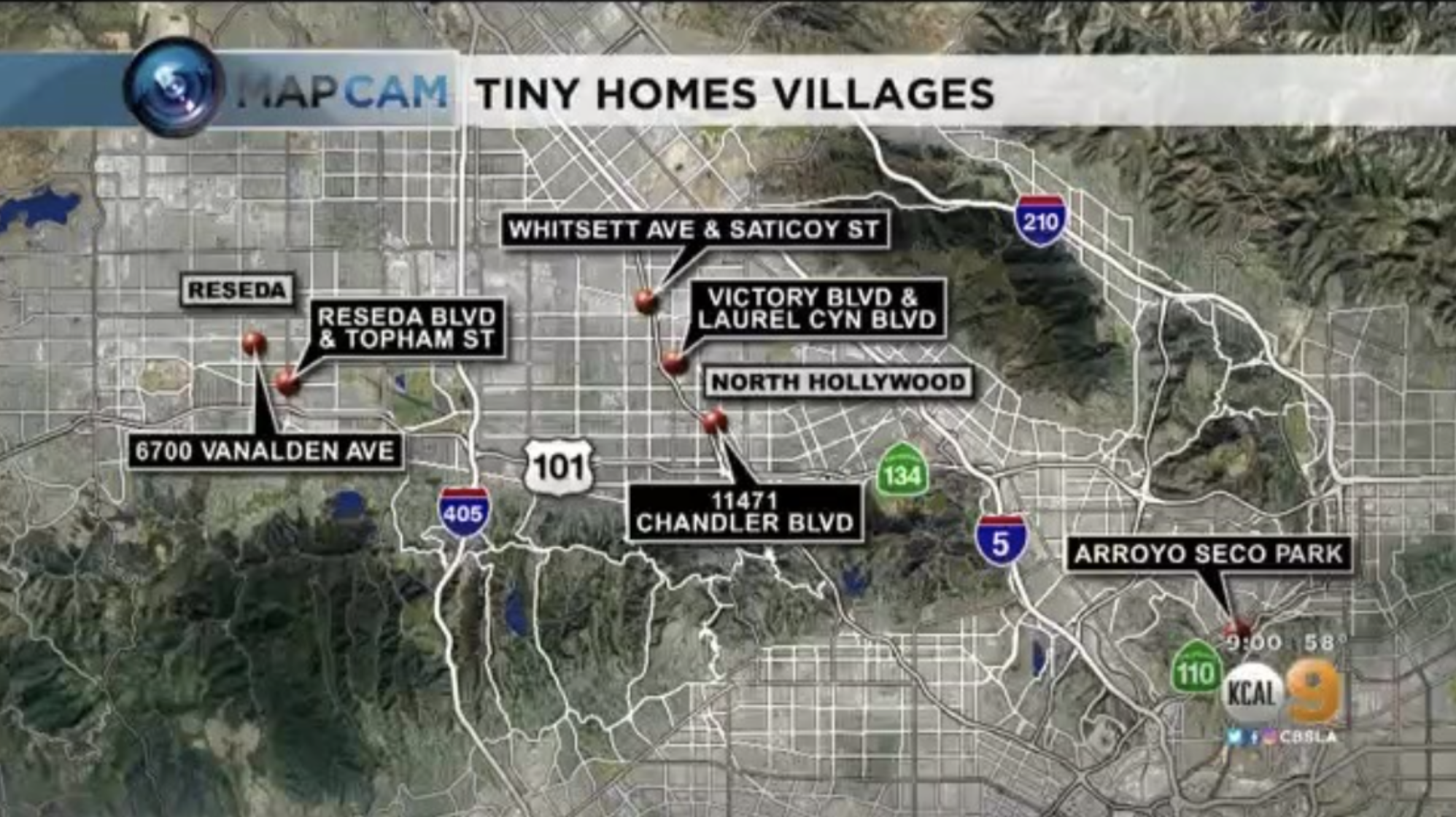 The new Highland Park location, which sits off Arroyo Drive just off the 110 Freeway.

"I like it. I'm glad for them," said Rosie Martinez, who lives just yards from the new village. "This is going to help them get a job and get permanent housing, health care, if they need anything else positive for them, then that's the place to be for them.

While neighbors like Martinez have greeted the small homes in their community, the tiny homes represent a larger issue for the city. The houses take months to build and can house a relatively limited number of people, complicating the homeless crisis in LA, where there's an estimated 41,000 people living on the streets.

"That's one of my biggest critiques since I've been here. You know, I've only been here 12 months now," said Councilman and mayoral candidate Kevin de León, who's district also includes Skid Row.

"I can say this, that we've housed more unhoused individuals than anyone in the entire city, over 2,000. This is going to be another 225. We're going to open another 175 in Eagle Rock just in a few months," said de León.

The Eagle Rock location is off the 134 Freeway and Figueroa Street, where construction is already underway in a spot where a tent-city once stood.

"We need to move forward with a sense of urgency," de León said.

The tiny home communities are not always well received. In May, some residents in Reseda protested at LA City Councilman Bob Blumenfield's home after 50 tiny houses were built in their neighborhood. Blumenfield was also shouted down at a meeting by protesters.

The nonprofit behind the construction of the homes, Hope of the Valley, said the tiny homes represent progress even if it incremental.

"It's your unhoused neighbors who'll be living here and it's better here getting treatment, getting care, getting services than in your backyard," said Rowan Vansleve, who's with Hope of the Valley Rescue Mission.

Martinez, who has lived in the neighborhood for 12 years, agreed, saying that it's better to have those struggling with homelessness living supervised in the community than on the street unsupervised where there's crime happening.

Outreach teams have been out talking to folks and getting them ready to live in these spaces, which happens on Nov. 2. On Thursday, there's a ribbon cutting to open the new community. The entire village had an estimated $5 million price tag.