LOS ANGELES (CBSLA) - An investigation by the Los Angeles Times into more than 2,500 coronavirus cases within public safety agencies in L.A. County found that more than half were from the L.A. police and fire departments.

Since then, it's been revealed that vaccination rates among employees at LAPD and LAFD are well behind county residents.

"For police officers, firefighters, just like nurses and doctors, we have an even higher responsibility than anybody else in the public since we do come into contact with so many people in the public and they rely on us," said Dr. Thomas Yadegar, Medical Director of the Intensive Care Unit at Providence Cedars Sinai Medical Center. 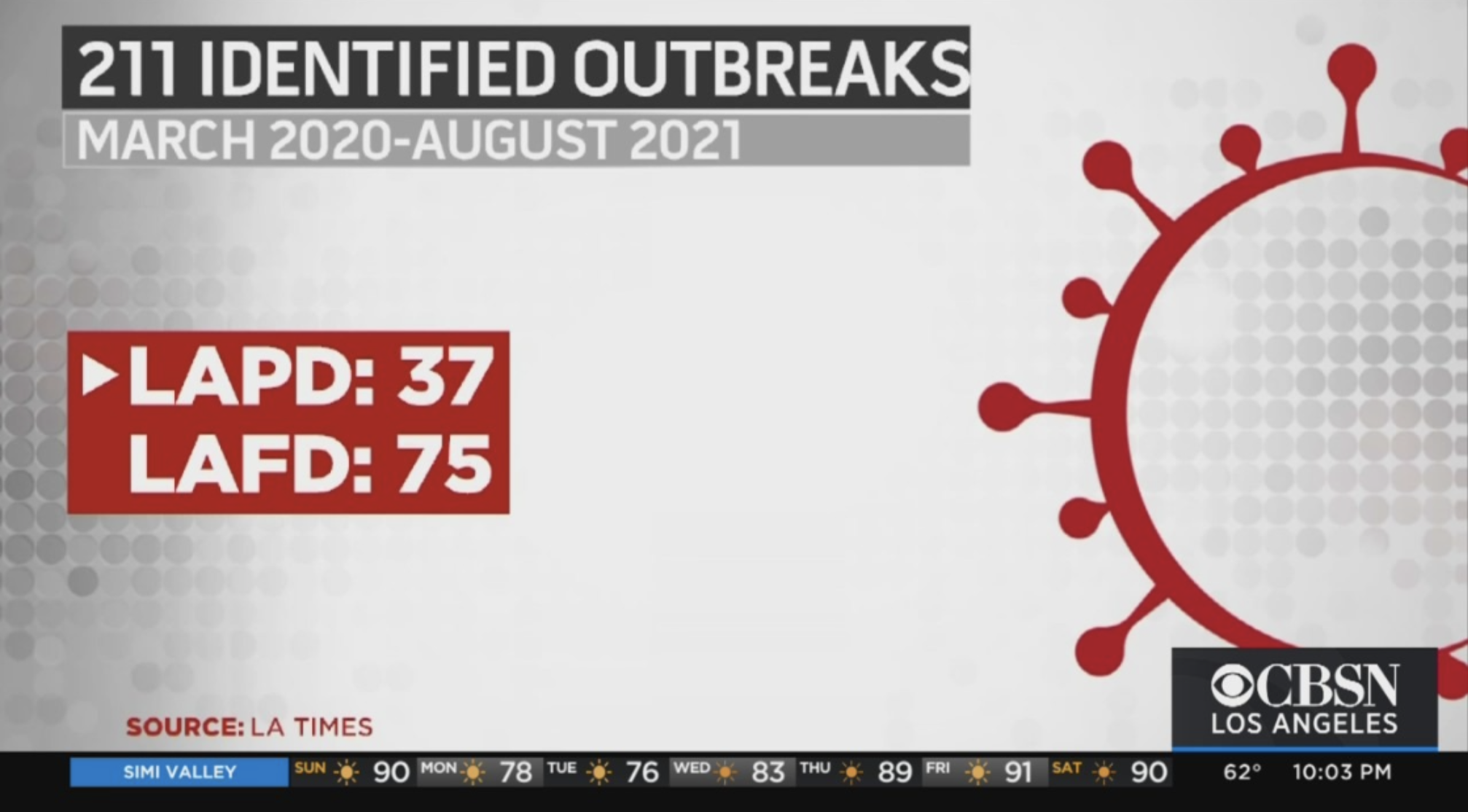 The Times' report found that of the 211 identified outbreaks of three or more coronavirus cases between March 2020 and last month, 37 were linked to LAPD and 75 to LAFD.

"The majority of outbreaks occurred from Thanksgiving last year through the big wave during the first quarter of 2021," said Capt. Erik Scott, an LAFD public information officer.

Both LAFD and LAPD have said some of their members have gained natural immunity after contracting COVID.

Dr. Yadegar said he wishes the Food and Drug Administration and the Centers for Disease Control and Prevention would provide better guidance on the evolving science.

"They may have had it March of last year, but that doesn't necessarily mean it'll protect you forever," he said.

The union that represents nearly 3,400 LA firefighters said, "Our first responders take this pandemic very seriously and more are getting vaccinated every week."

"This is tyranny," said the fire captain in the viral video.

LAFD said that this captain's case is still under investigation.

While some LAFD and LAPD members are suing against the vaccine mandate, University of Southern California Gould School of Law Professor Lisa Klerman said when it comes to public health, city hall has greater power than even the federal government.

"States and local governments, they have the power to regular public health before the Constitution was even ratified," Klerman said.

The union that represents LAPD did not immediately respond to a request for comment.

The Law Enforcement Officers Memorial Fund recently released a report that found the leading cause of officers' deaths nationwide last year and in the first six months of 2021 was COVID-19.