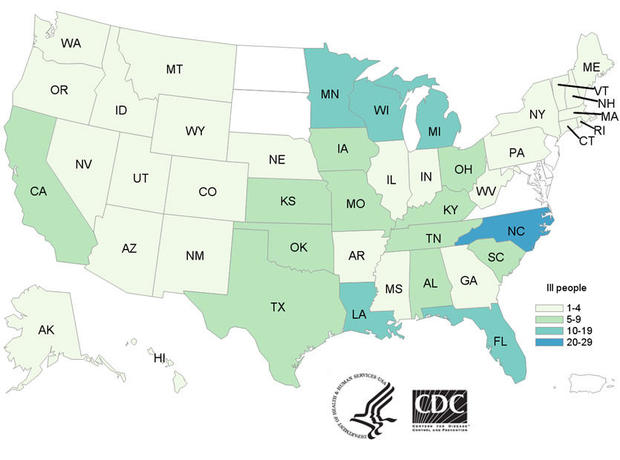 Health officials urge people keeping chickens to wash their hands after touching anything in the coop and never let chickens into the house. Salmonella can cause diarrhea, vomiting, fever and abdominal cramps.
Some chicken owners say they'd rather put up with some of the inconvenient things chickens do rather than risk contracting diseases from the ticks they eat. Sarah Siegel of Maine says her family was constantly attacked by harmful ticks until they bought a flock of chickens to roam their property.
"That's the thing that drives me nuts," Siegel told the Sun Journal about the waste her new guardians leave behind. "But I hose it off and I just figure chicken poop on the porch or Lyme... I'd take the chicken poop on the porch many times over."
Thanks for reading CBS NEWS.
Create your free account or log in
for more features.