Southfield (CW50) - In 1997, Victor Villalobos met a group of teens who were part of of bicycle club called Royalty Car & Bicycle Club. He saw the passion, heart, and desire that these kids had for their bikes, but when he spoke with them about their club, their one concern was that the community always saw them as a gang and not just a group of kids who were passionate about the work they put into their bikes and cars.

Villalobos realized that he could help them connect with the community more and break the stereotypes that were placed upon them, and he would do this through church. Church was not something that peaked the interest of the boys in the club, by when asked what going to church could do for them, Villalobos responded. "We're going to show off our bikes and we're going to get them blessed."

A youth minister for the Church at the time, Villalobos brought the club to mass and afterwards they got their bikes blessed by the minister. This allowed the regular church goers to see these kids in a different environment, show them that they're part of the community, and each May, the lowriders would bring their bikes and cars to the church to be blessed to kick off lowrider season.

Today, the Blessing of the Lowriders remains an annual event full of music, food, dancing, and is a celebration during the weekend before Cinco de Mayo. The blessing takes place after Detroit's annual Cinco de Mayo Parade and features a car show as well to show off some of the lowriders that will be blessed before the season begins.

Other lowrider clubs come out to support the blessing each year, in a culture driven by pride this coming together shows a lot of mutual respect and admiration between clubs. Majestics Car Club, GoodTimes Car Club, and Uso Car Club have attended the blessing year after year. This year, Dedication Car Club will be joining in on the celebration.

The Blessing of the Lowriders also makes its way to the streets of Southwest Detroit each year with the help of Motor City Street Dance Academy, Grace In Action, Garage Cultural. 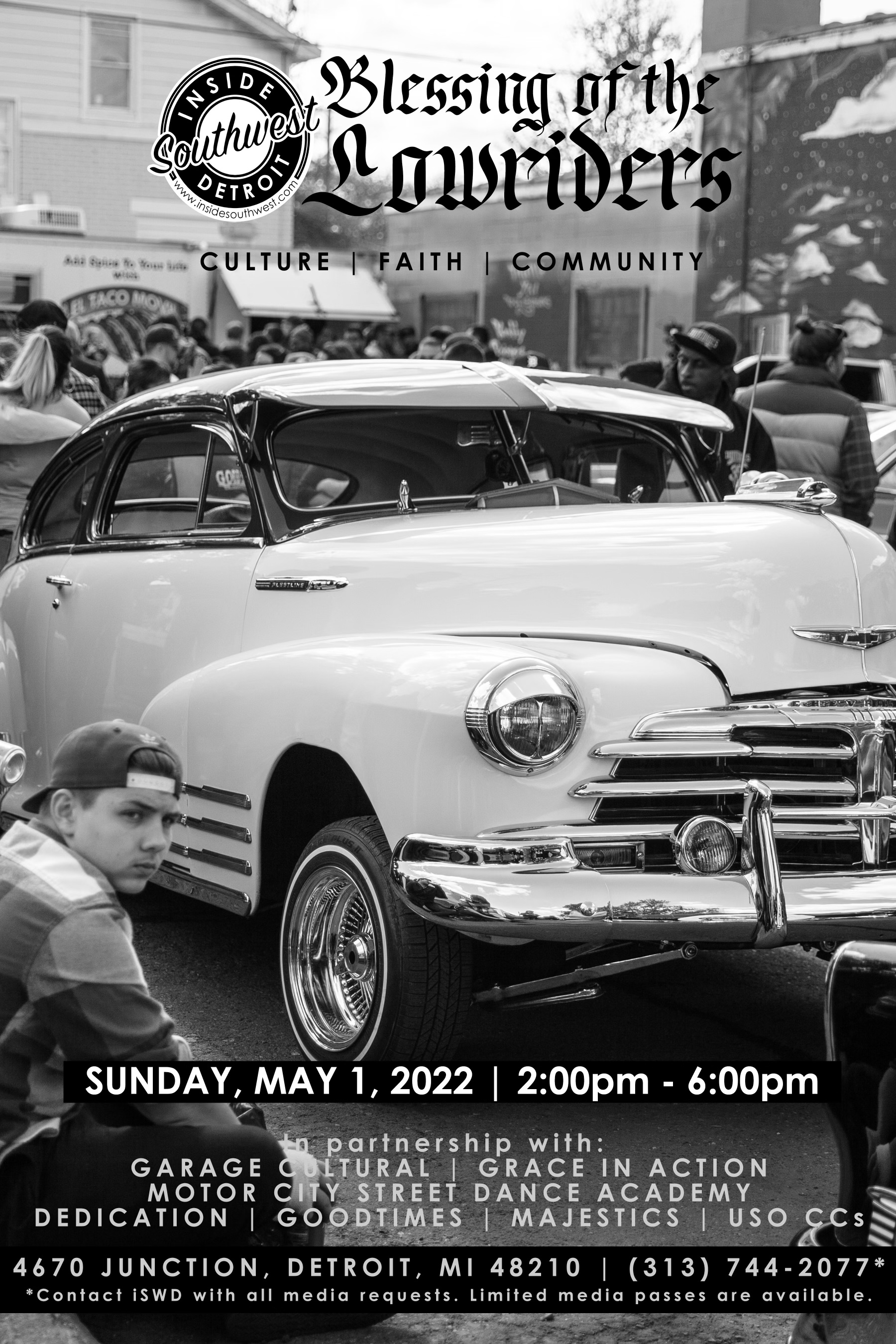 This year's Blessing of the Lowriders is at a new location at Garage Cultural, 4670 Junction, Detroit, MI. The event runs from 2:00pm to 6:00pm on Sunday, May 1st.

Founder of the Blessing of the Lowriders, Victor Villalobos, and Co-Founder of Inside Southwest Detroit, Erik Paul Howard, join Lisa Germani on Community Connect to talk about the history behind the blessing and what people can expect from the event this year.

Find out more at InsideSouthwest.com