(CBS DETROIT) - Michigan's Secretary of State Jocelyn Benson announced Friday the state will not allow the open carrying of guns at polling places, clerk's offices and other locations where absentee ballots are counted.

"The presence of firearms at the polling place, clerk's office(s), or absent voter counting board may cause disruption, fear, or intimidation for voters, election workers, and others present," Benson said in a press release.

MORE FROM CBS DETROIT: Stimulus Package Update: What Happens To The Economy Without A Second Stimulus?

Michigan residents are prohibited from open-carrying firearms "in a polling place, in any hallway used by voters to enter or exit, or within 100 feet of any entrance to a building in which a polling place is located."

Friday's guidance only applies to Election Day itself.

According to the press release, Michigan Attorney General Dana Nessel supported this decision. 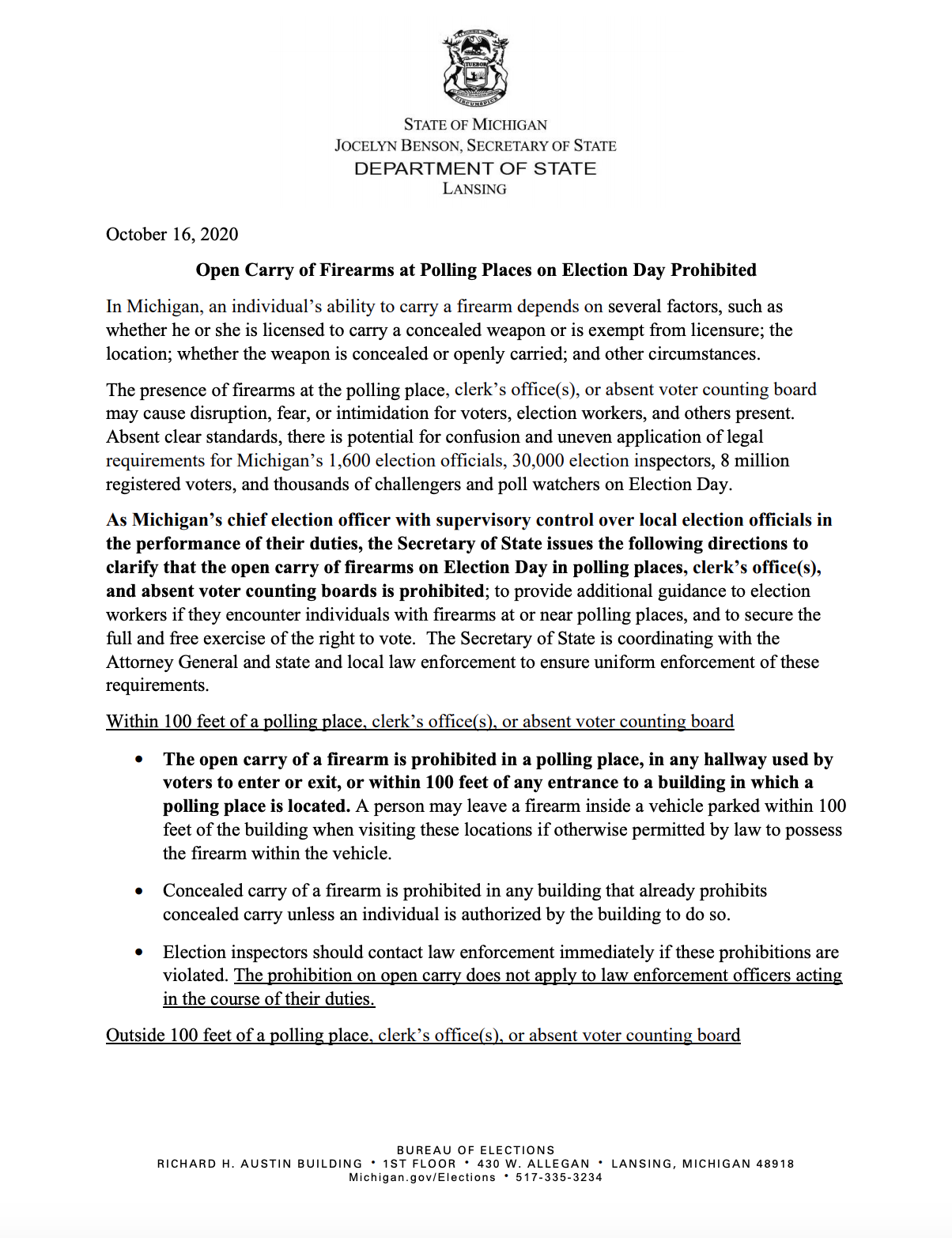 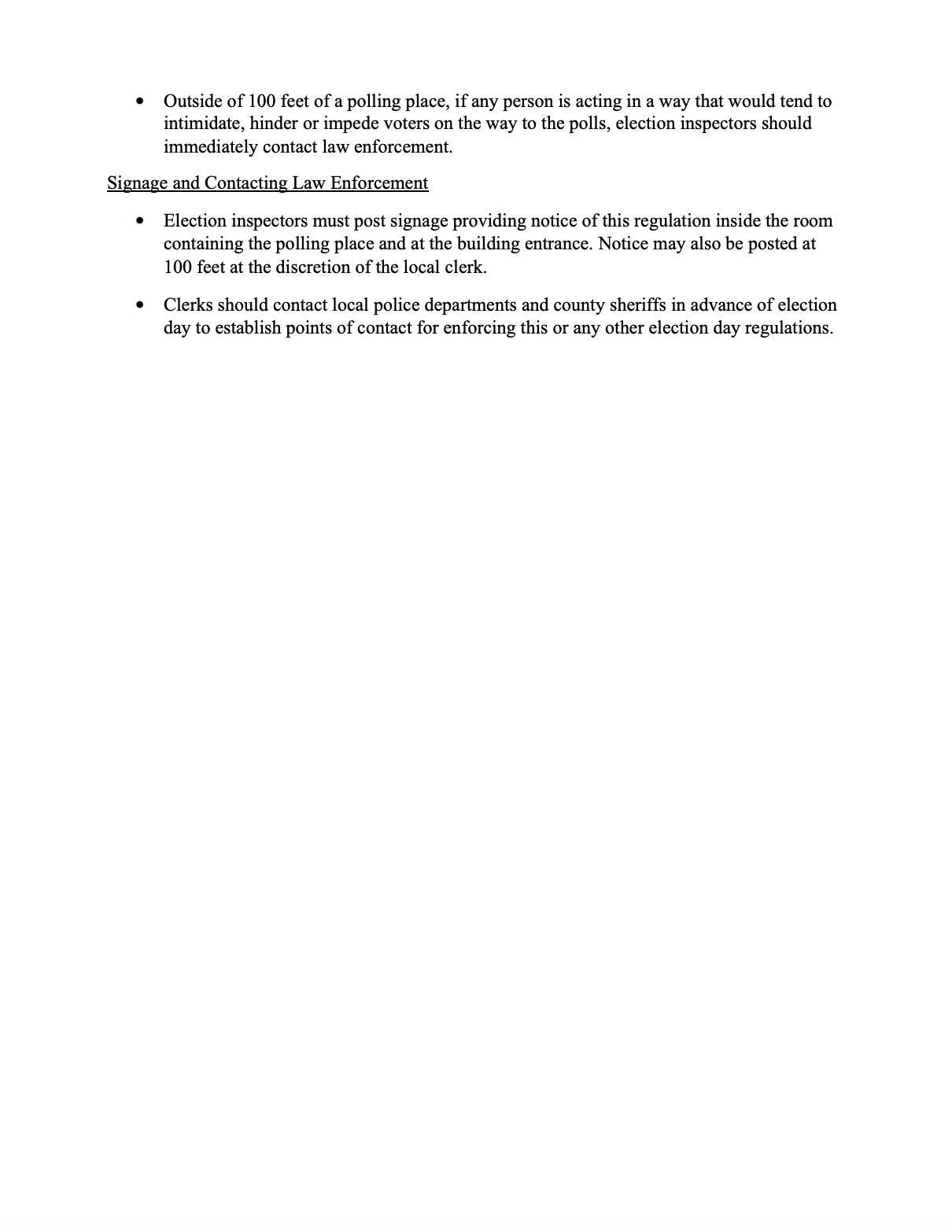 © 2020 CBS Broadcasting Inc. All Rights Reserved. This material may not be published, broadcast, rewritten, or redistributed. The Associated Press contributed to this story.