As I started the 281 mile trek to Chi-town from the Motor City I knew I was on my way to see easily one of the top 5 bands of my lifetime in U2. What transpired on the way there and in the Windy City is just another rich chapter of both the insanity and beauty that I gratefully can say makes up my life. 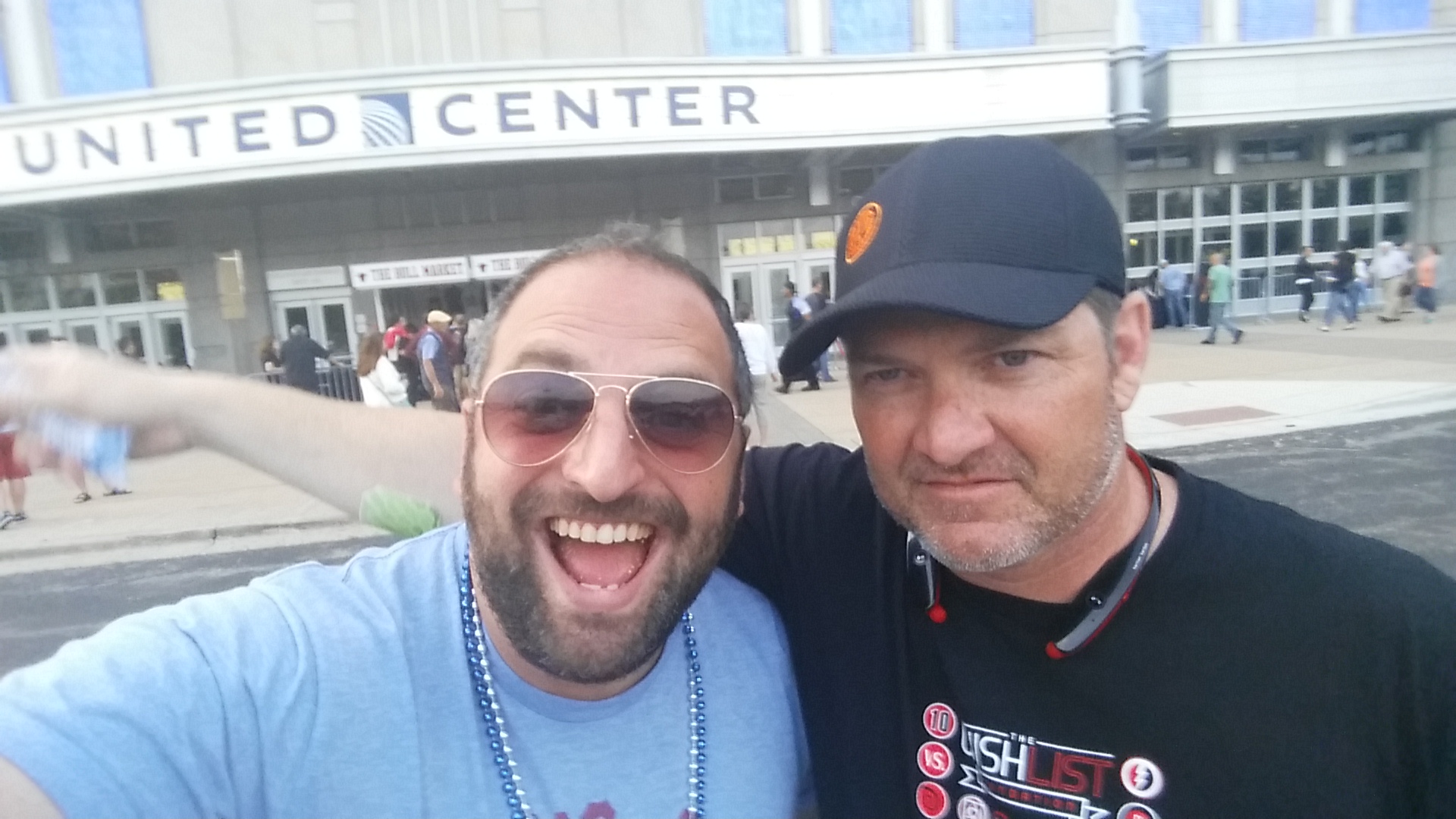 I met one of my closets friends Cliff in Chicago after he literally drove over 980 miles straight thru from Pensacola, Florida to see Bono and the boys. Day of the show we ended up with fake tickets, had a cab driver on the way to get them that we named "Tokyo Drift" who literally was speeding 100 MPH on the Dan Ryan Expressway, almost killing us twice.

In the end though, as always seems to happen when good music and friends are mixed together, everything worked out and we were able to experience a truly spellbinding evening of music, raw emotion, beautiful girls, and memories to last a lifetime.

Even though I had to stare at all those absurd Bulls and Blackhawks title banners throughout the night. If you have yet to see U2 and are even a marginal fan, you simply have to do whatever it takes to do so . You will thank me later.

Here is my list of the top 5 bands I've seen live and I have a sample size of over 500 concerts throughout my time so far. What is your number 1?

5. RADIOHEAD - While some may not understand their music and others turned off by their lack of touring, Radiohead is simply one of the smartest and most innovative bands of our time. While they do tour sparingly I have been able to catch three shows and each of them completely blew me away. Thom Yorke always has his pulse on how to keep a crowd captivated and the brothers Greenwood, Philip Selway, and Ed O'Brien, while sometimes seeming distant on stage, are all brilliant musicians that make Radiohead absolutely mesmerizing as a unit.

4. ROGER WATERS - While I sadly wasn't old enough to see the original post Syd Barrett lineup of Pink Floyd while they were still touring, I have been lucky enough to see Roger Waters three times. The first time I saw him at Van Andel Arena in Grand Rapids, he truly blew me away. It was the "Wall Tour" though that truly took things to another level. Seeing him and his band of top-level musicians perform live what is simply one of the most creative, forward thinking, and transcendent albums of all time was absolutely breathtaking.

3. PHISH - I used to laugh at my friends who were into this jam band from Vermont until I saw my first live Phish show. Then the joke was on me as I had wasted several years not understanding what the experience of a Phish show encompassed. Every night and show is completely different and takes on its own course and the energy you feel in that audience is magical. Of the 26 times I have seen them, nothing will ever compare to Big Cypress on the eve of the Millennium on a Seminole Indian reservation outside of Miami, Florida. In front of over 80,000 Phish took the stage at 11:300 New years Eve and did not stop playing until 8 AM New Years Day! I don't know if I will ever have a concert experience as long as I live that will equal the brilliance, passion, emotion, and beauty that historic set did.

2. U2 - The Madhouse at Madison (United Center) show Monday night was my fifth time seeing the boys from Dublin and the first in an arena as the previous shows I saw, Ohio Stadium, Ponticac Silverdome, and Spartan Stadium where all true stadium shows that have a life of their own. The stripped down version this time around on the Innocence+Experience Tour showed U2 in all its raw glory while still wowing you, but with the true focus on the music, which is some of the best ever written, and the musicians are some of the most creative and innovative to ever live. They always bring it full throttle live and make it seem like you are watching them with 500 people instead of 50,000.

1. PEARL JAM - It is no secret that these guys have helped define my life in a major way and there truly aren't many acts all-time that put on a better live show then Eddie, Jeff, Stone, Mike, and Matt. Every night the setlist is 100 percent different and their energy and passion live have been at the highest level ever since they formed out the ashes of Mother love Bone back in 1990. Of all the 23 PJ shows I have seen, each has been majestic and beautiful in its own right.