DETROIT (WWJ) - It was an exciting afternoon in downtown Detroit where Kid Rock was shooting a music video.

In a muddy field across from Grand Circus Park, dozens of fans frrom across the state showed up hoping to appear in the video for Kid's song, "Care." 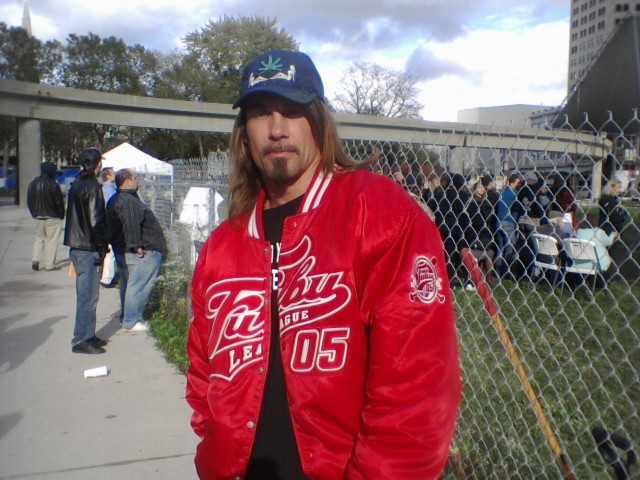 "Whatever they tell us to do," Miller said.

Miller said she's doing the video for her grandkids who are big Kid fans, and she can't wait to put it on Facebook.

Mike Conroy, who came to Detroit from Taylor to watch, said many people tell him he looks like Kid Rock, although he doesn't go for that.  Still, he's a big fan.

Kim Yoder from Montrose, near Flint, drove down to Detroit just hoping to catch a glimpse of the star. What will she do if she sees him in person?

"I don't even know. I'd probably be too shaky. I'd take a picture, absoultely," said Yoder.

"I love his music, number one, I've been a fan for many, many years. I'm a big fan of his music, but more than that ... you know, he loves Detroit and likes to help people out and I think that's awesome."