DENVER (CBS4) - There were at least four reports of tornadoes in Colorado on Tuesday and countless reports of very large hail. In fact, hail that fell near Burlington in the small town of Bethune is now the largest hail ever recorded in Colorado.

The National Weather Service office in Goodland, Kansas shared a tweet showing hail that appears to be larger than the current state record of 4.5 inches or grapefruit size.

The State Climate Extremes Committee with the Colorado Climate Center in Fort Collins made the final determination on the hail size.

The primary threat for another round of severe weather on Wednesday will mainly be on the far eastern plains again. Locations east of Fort Morgan and Limon are once again under an "enhanced" threat for thunderstorms turning severe. The primary threat is very large hail but more tornadoes are also possible. 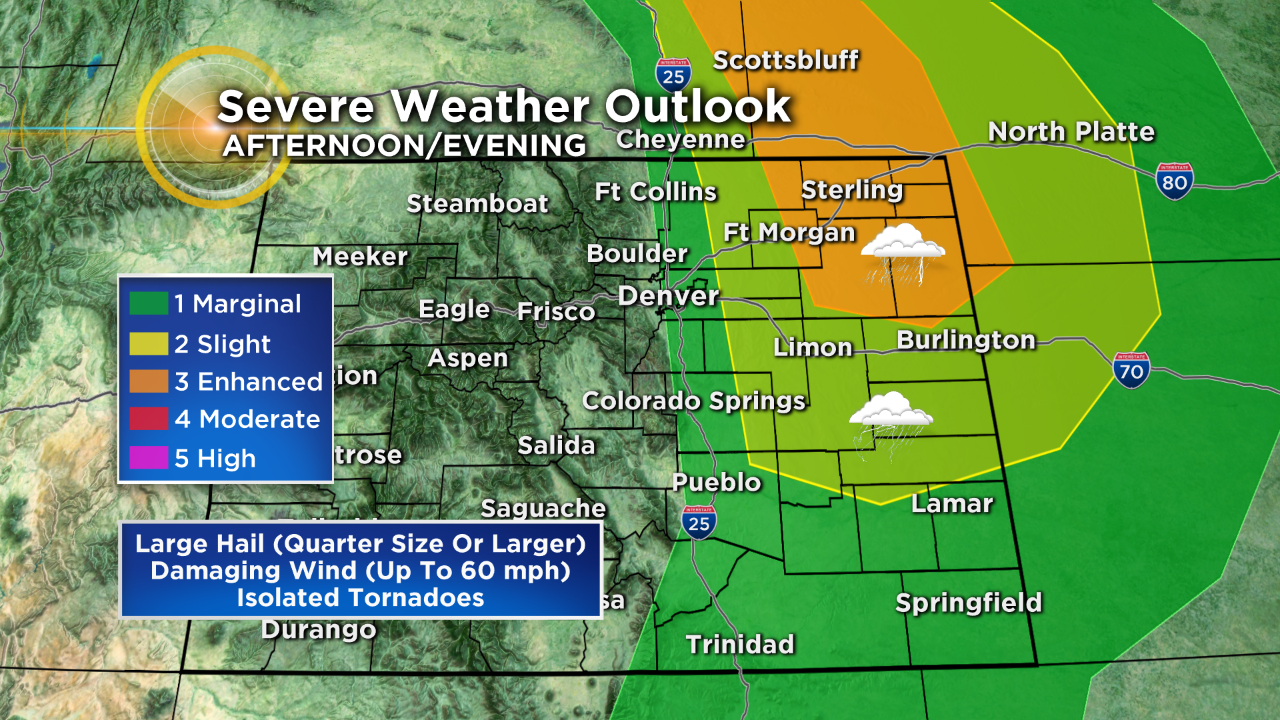 Severe weather is not likely in the Denver, Boulder, and Fort Collins areas but isolated thunderstorms may still develop after 2 p.m.

Temperatures will also be very warm again with highs in the upper 80s to around 90 degrees along the Front Range. 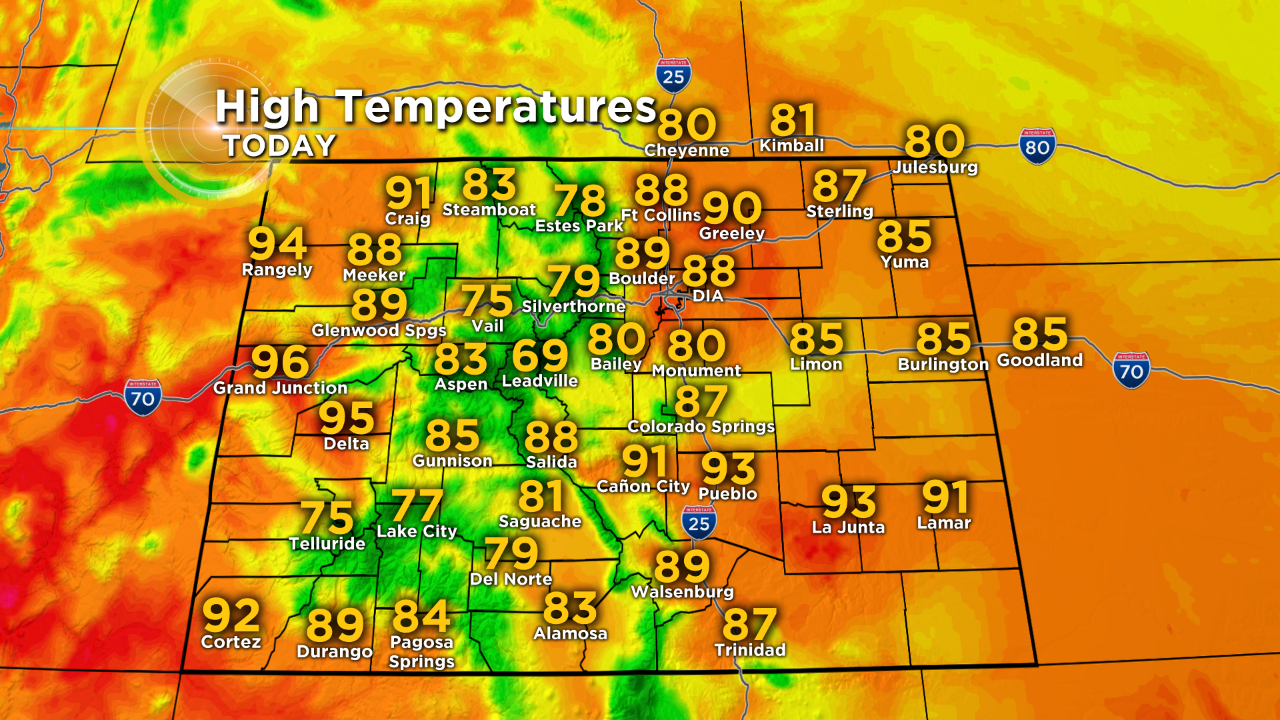 Similar weather is expected through the upcoming weekend with at least a slight chance for late day thunderstorms each day.