DENVER (CBS4) - A recent study looked at the most -- and least -- desirable states to move to and found Colorado was the top choice. More than 55% of people surveyed said they wanted to relocate to Colorado.

Hawaii and California rounded out the top three in the survey by Porch, with outdoor activities being a commonly cited factor. Those states were followed by Florida, North Carolina, Washington, New York, Texas, South Carolina, Georgia and Oregon.

The study noted that three of the 10 most popular states -- Hawaii, California, and New York -- are the most expensive places to reside, but also found that there are some states where people wouldn't consider living even if you paid them.

The survey, which is titled "You Couldn't Pay Me To Move To..." found that even when presented with $10,000 to hypothetically relocate, Wyoming, Oklahoma, South Dakota, and Wisconsin were the least popular states. Fewer than one in 10 people surveyed would consider moving to Alaska or Vermont for $10,000 -- two states that actually will pay residents. 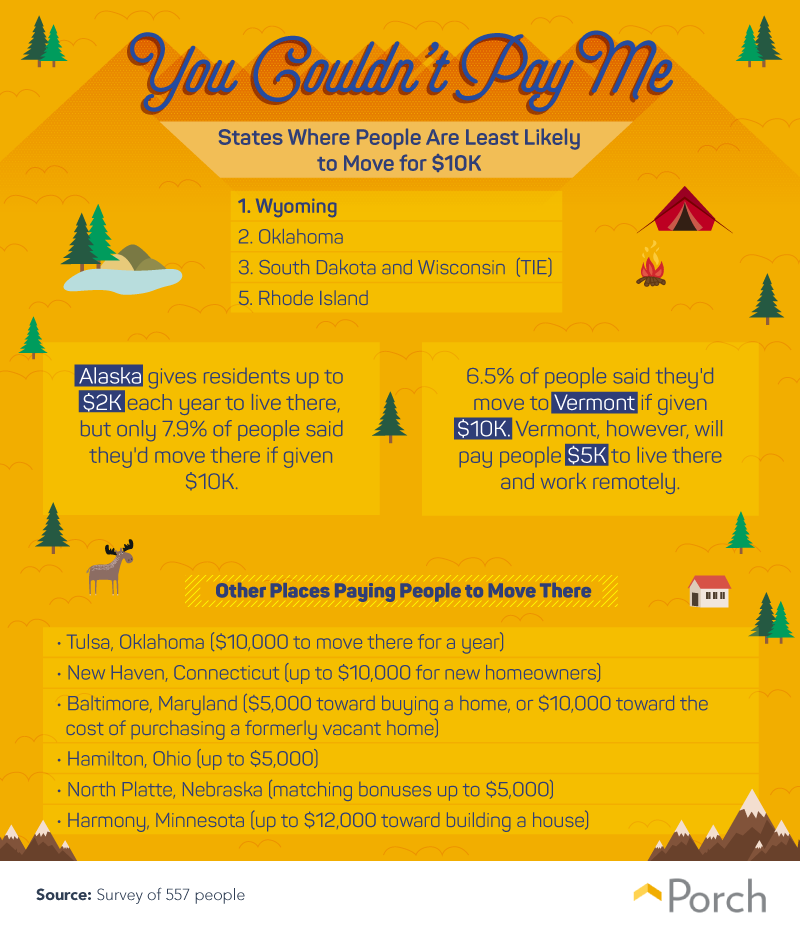 For a deeper look at the methodology of the survey, the demographics of the respondents, and other factors that were considered -- such as perceptions about different regions of the United States -- see the full results at Porch.com.