STERLING, Colo. (CBS4) - Felons who aren't out of prison yet have landed jobs on a hemp farm in Logan County. The Department of Corrections launched a new pilot program in Sterling that is drawing criticism from some people for its lack of transparency. 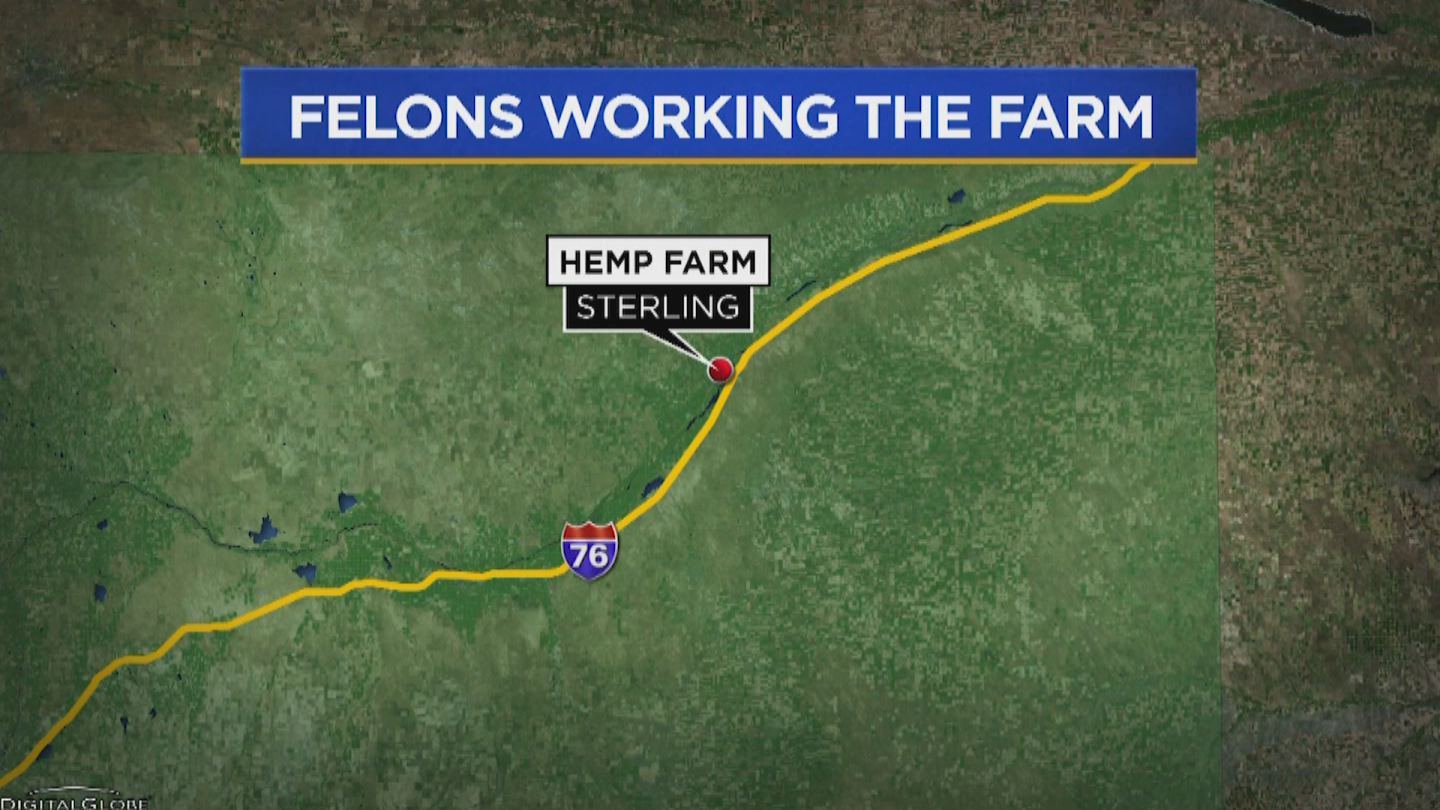 The program involves busing inmates from out of town to the L7 Hemp farm, where farmer Brad Lebsock says they plan to harvest 5,000 acres of hemp this year using organic methods.

"When you do organic methods you have to have no chemicals, no weed killer, no pesticides so it takes a lot hand labor."

And finding labor in rural Colorado is no easy task says Lebsock, who owns the farm with his brothers. So when the Department of Corrections offered help, Lebsock says they accepted.

"They had a good program laid out. It was safe. These guys are getting out anyways within six months."

The program involves 12 inmates near the end of their sentences. They farm hemp during the day - monitored by two guards - and stay at the Sterling prison at night. The goal is to house them in the community.

"It allows offenders to take that step out of an institution and really feel like they're part of a community again working for private employer, earning a prevailing wage because that's hopefully going to provide them with some stability once they get out into the community," said Deputy Director of Prisons Matt Hansen.

He says the inmates come from minimum security prisons, but he won't say what their crimes are.

"The biggest concern was what were they in prison for," said Ty Lebsock.

District Attorney Brittny Lewton says she, like most people in Sterling, didn't even know about the program until it was already running. She says the community deserves input.

"With community corrections, the board is made up of our chief judge, the D.A., the public defender, inspector general, citizens, all kinds of people. This is completely in house, so what that means is I don't know who they are  and that causes me a great deal of concern."

Hansen says it's something they will explore. Ty says it may be the only way the community will buy into the program.

"Full disclosure to the public would calm some nerves."

While the pilot program in Sterling is a first for the Department of Corrections, it plans to expand community-based job training for inmates throughout the state in an attempt to lower the recidivism rate. Right now, about half of inmates release from Colorado prisons re-offend.