DENVER (CBS4) - Get ready for a very active weather day setting up in Colorado thanks to a large trough of low pressure approaching from the west. This will push the really hot air off into Kansas today but our far eastern counties will still feel it. 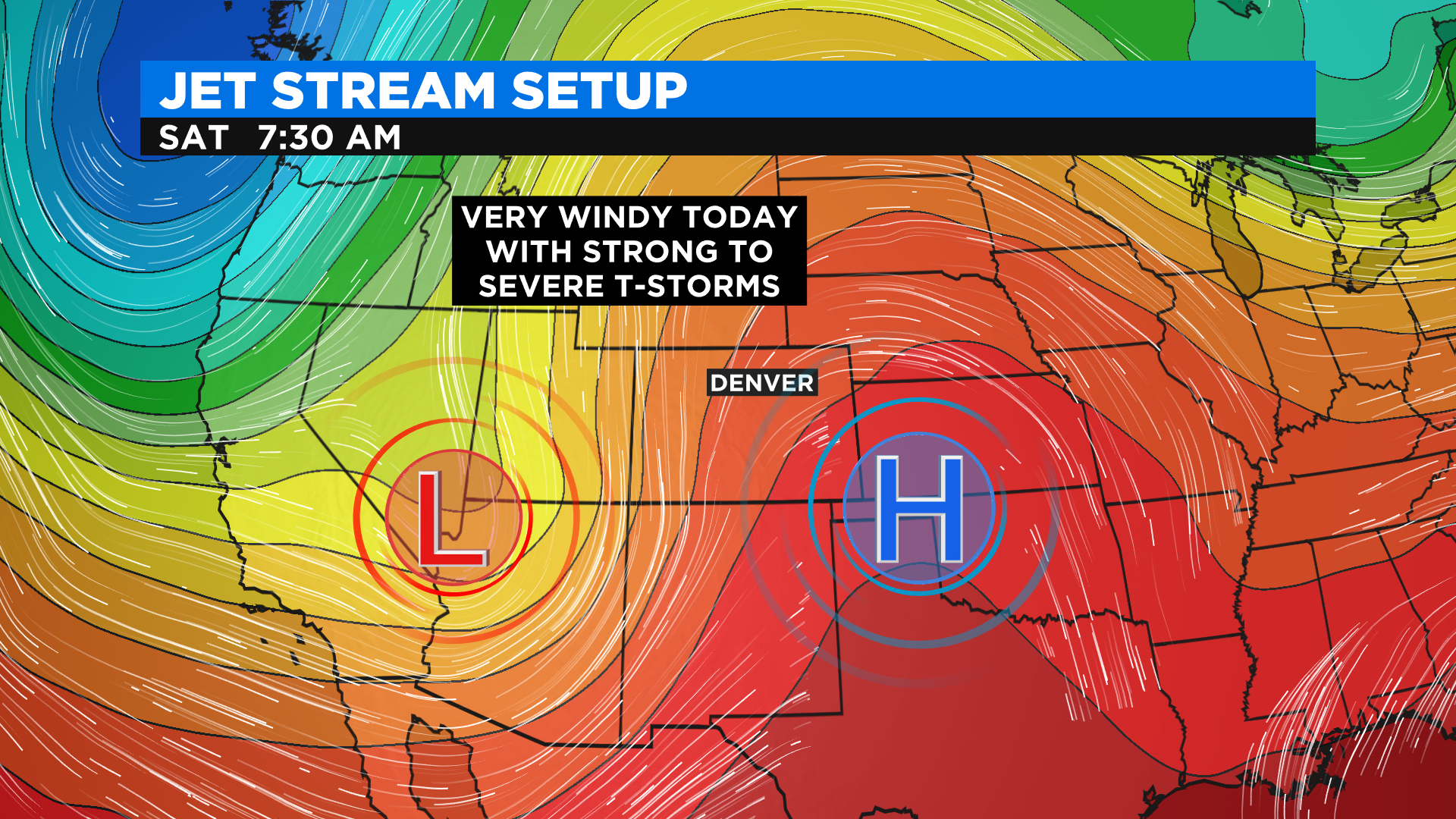 Highs today will only be in the 60s and 70s for a large part of western and central Colorado with 80s and 90s along and east of Interstate 25. Denver should be in the lower to mid 80s. 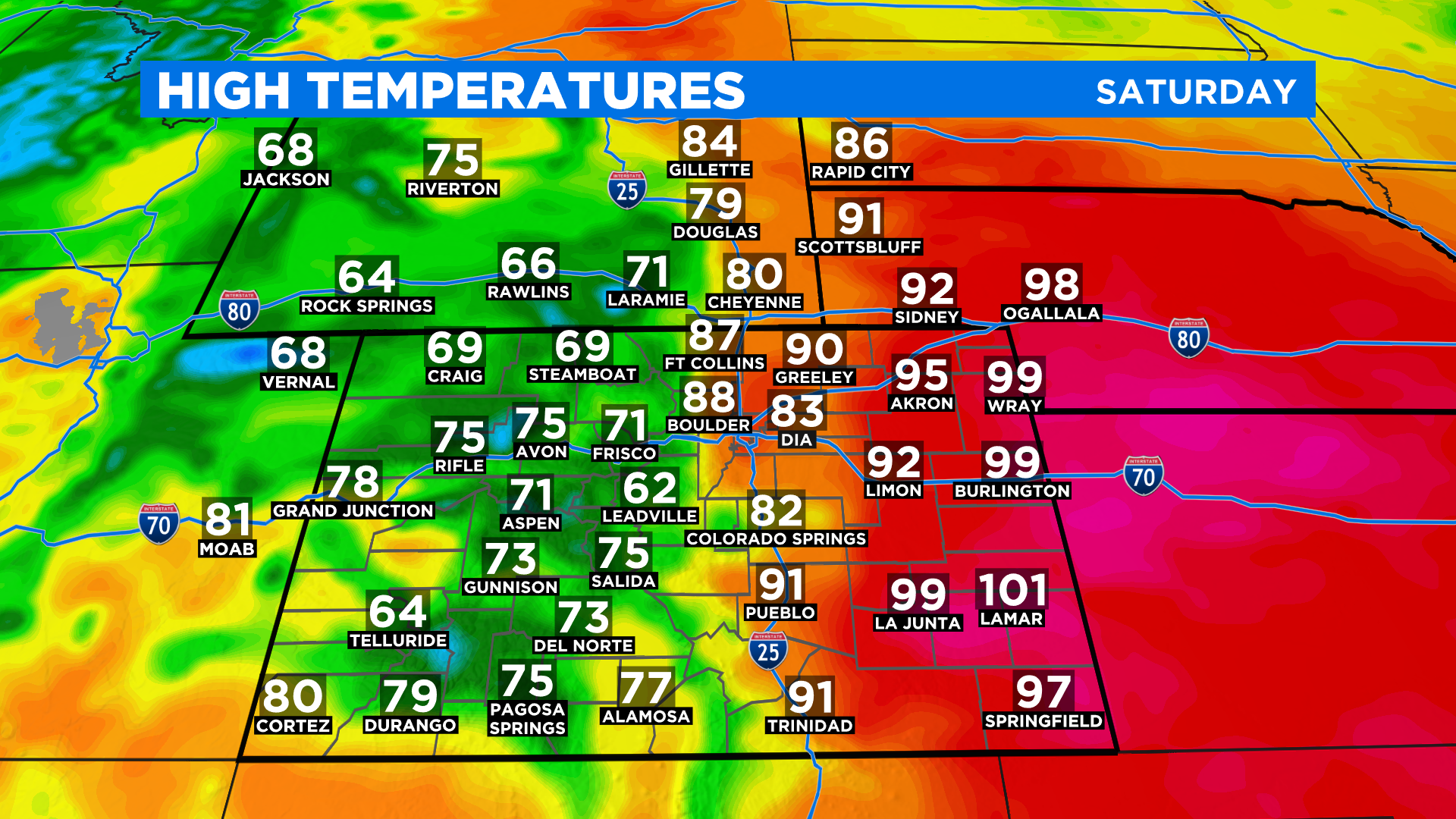 The low pressure will also help fire up widespread showers and thunderstorms and some of those could be severe in areas that aren't used to seeing severe weather. The highest threat will be over the mountains where large hail and damaging winds will be possible. Denver and parts of the eastern plains are also included in the threat. 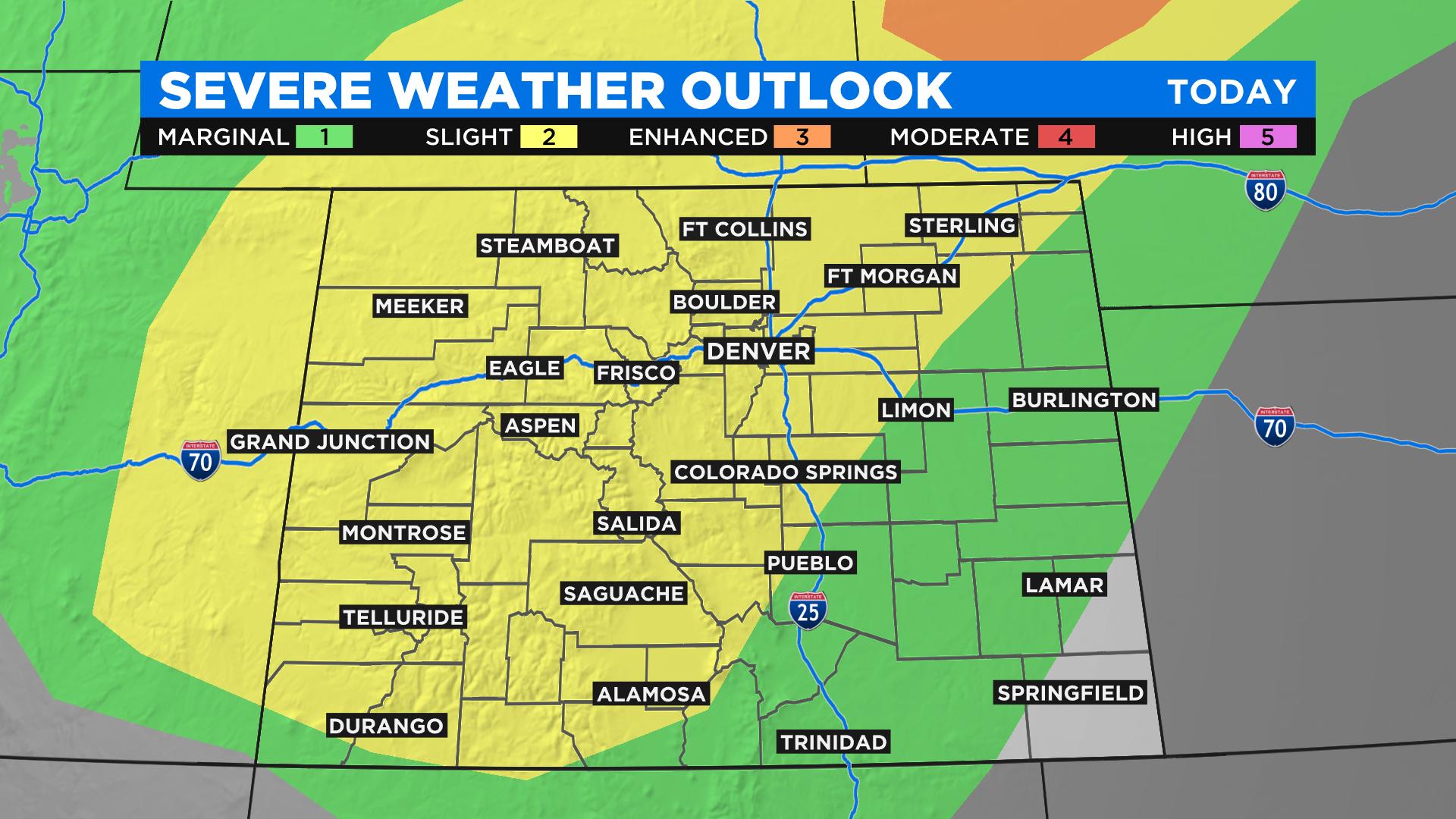 Some of the rain from today's thunderstorms could be locally heavy at times and that means some areas could see flash flooding. The threat is highest in southwest Colorado where the National Weather Service has issued a Flash Flood Watch. 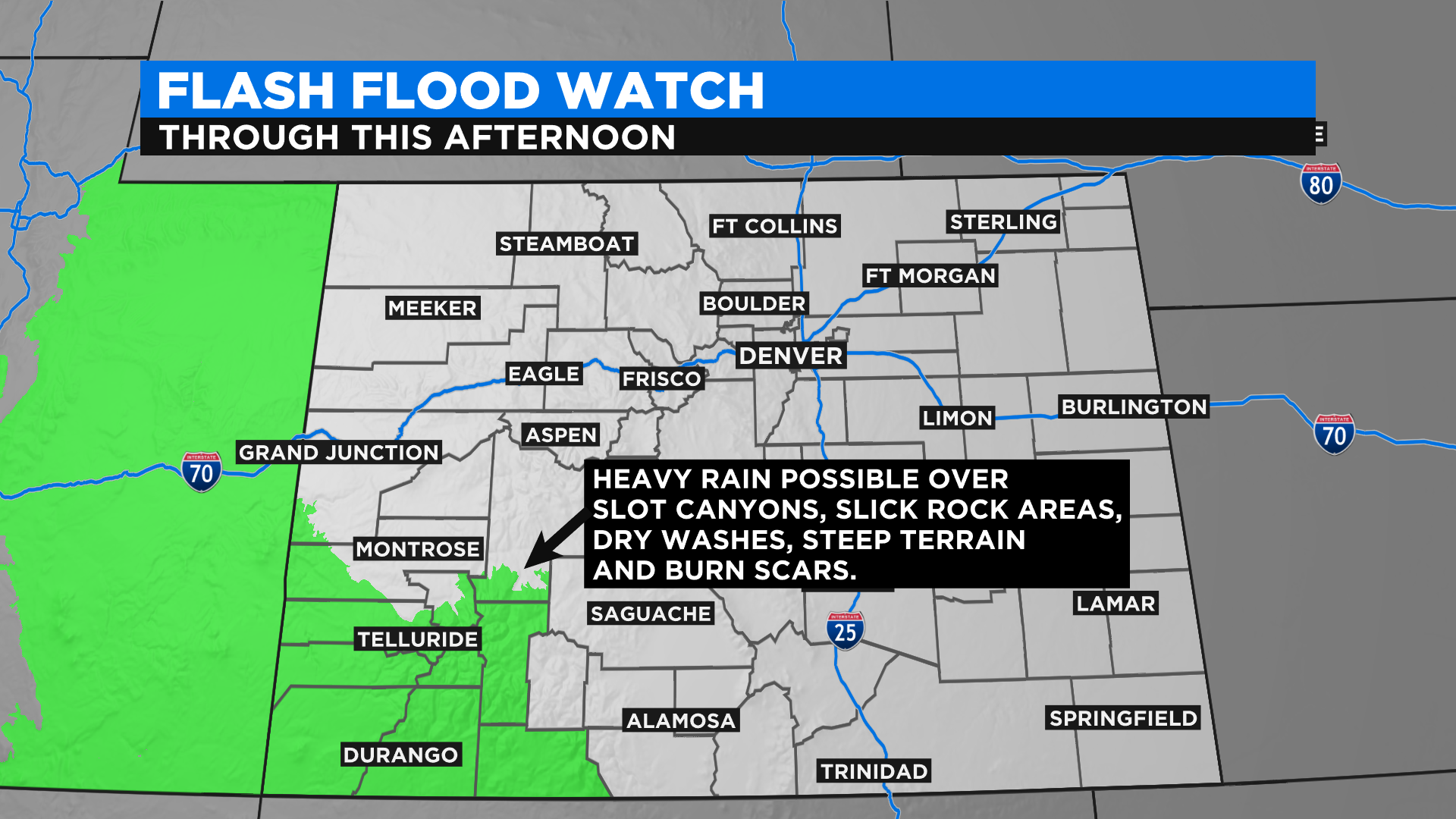 In addition to the threat for strong to severe thunderstorms it will also be very windy in many places by this afternoon and evening. On the eastern plain some could see wind gusts between 60 and 70 mph.

The strong wind will combine with drought and hot temperatures to create extreme fire weather conditions for a large part of eastern Colorado. If a fire were to start it could grow very fast under these conditions. 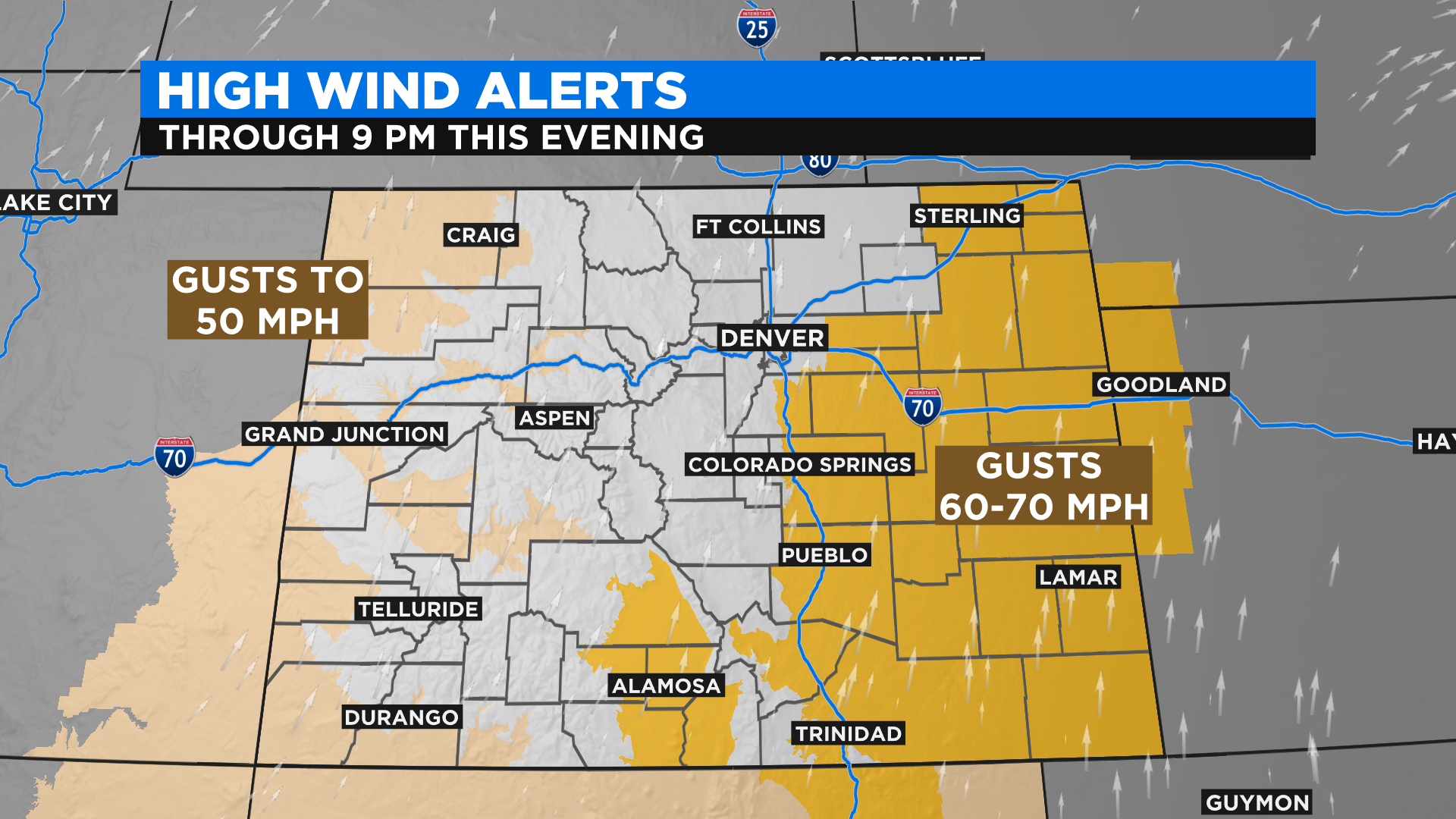 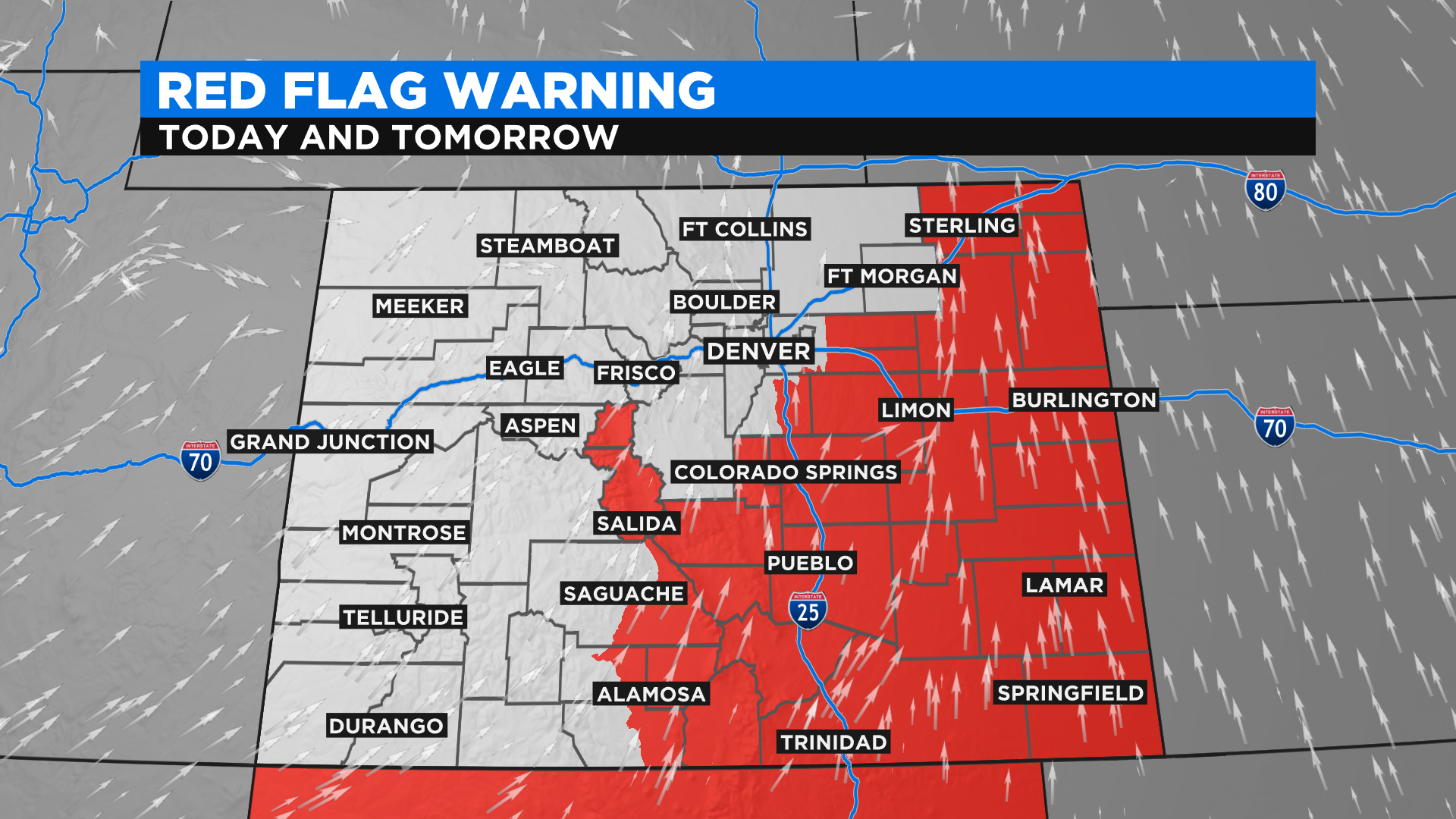 Looking ahead the new week will bring some cooler weather to the state behind a strong cold front. By Tuesday in Denver high temperatures will be below normal for the first time in a few weeks. 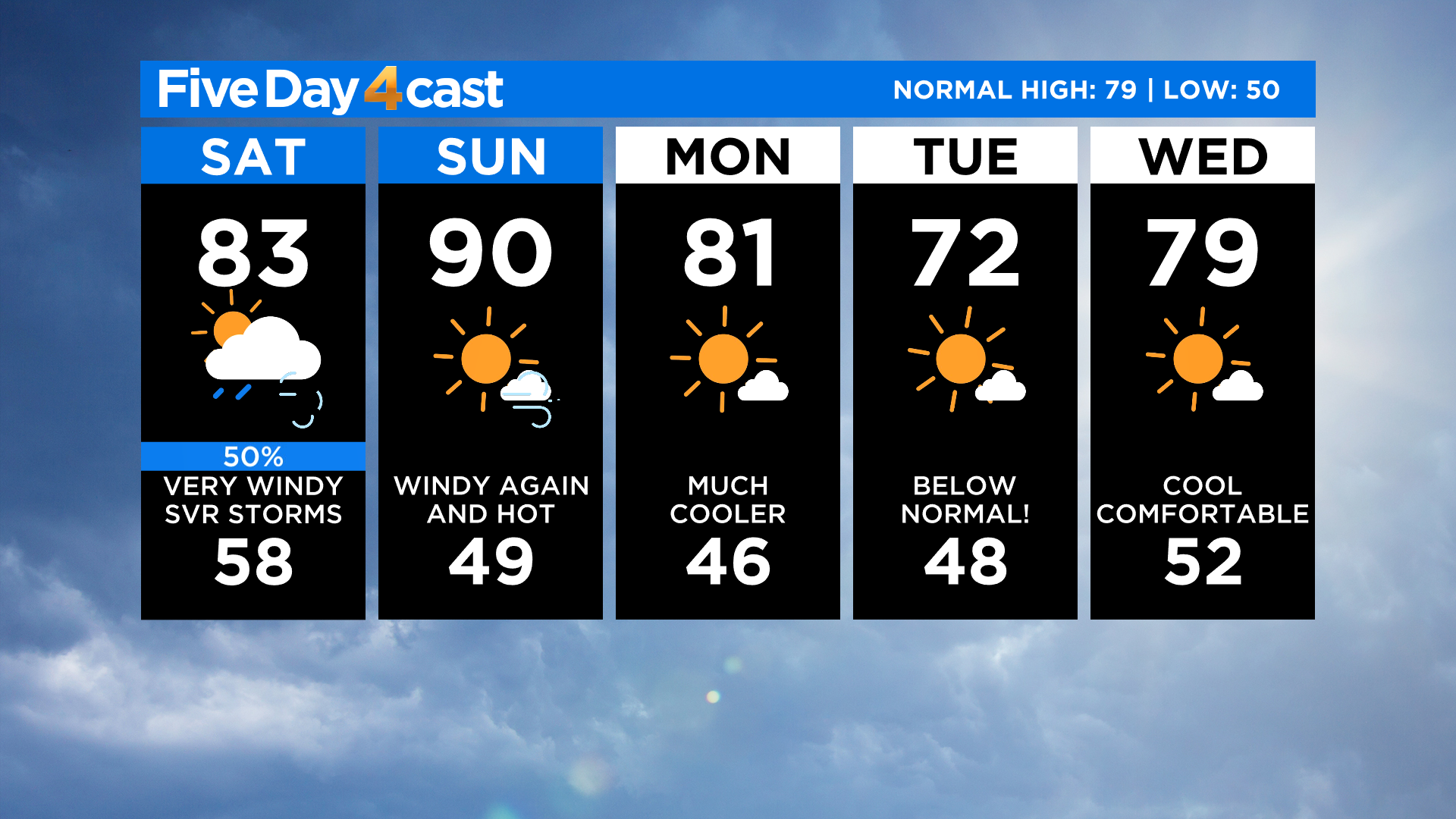