The suspect smashed the glass on an outside door to gain entry. Hours later, surveillance video from inside The Lobby American Grill shows the burglar coming in again and going for the cash register. The first time he ripped off the register that was attached to some wires, which he yanked out. Seconds later the alarm sounded.

Three days later on the morning of the March 25 The Lobby was burglarized again. Once again the cash register, empty this time, was stolen.

CBS4's Howard Nathan asked the restaurant owner, Christian Batizy, what thoughts came to mind when he saw he'd been burglarized the second time.

"Frustration is probably the first thing that came to mind, a little bit more of a mess, given that Easter Sunday brunch was only two days away," said Batizy.

He's since upgraded his security system.

"Have the police stepped up their patrols?" Nathan asked.

"They've done a really good job trying to dispatch from over here. They came by and talked to me about the safety of my employees," said Batizy.

He's even having his employees wear a silent alarm when they step outside to dump trash or walk to their cars.

Christian thinks the thief is a byproduct of Denver's growth.

"We are becoming a big city and with that comes big city problems," said Batizy. 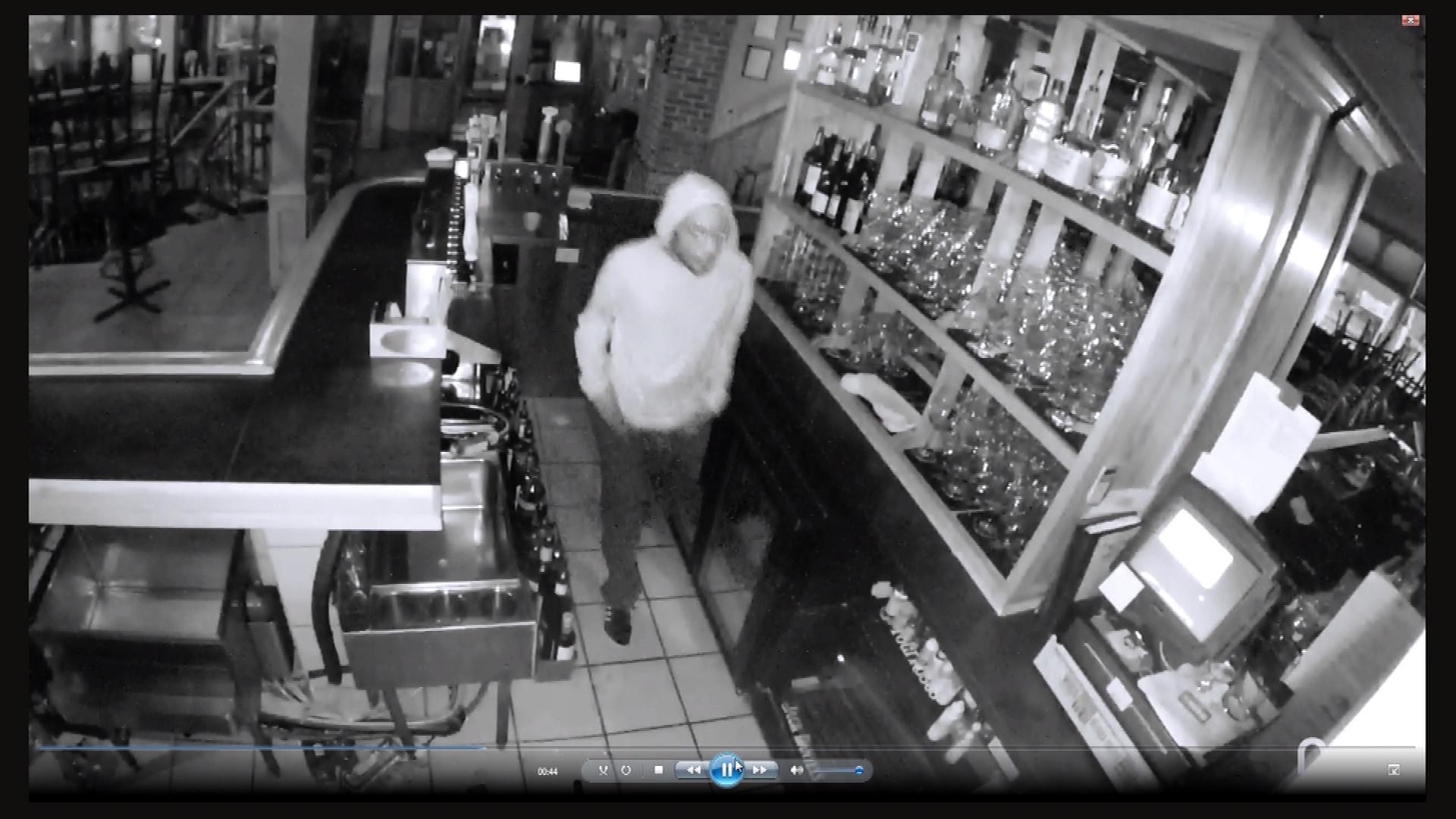 Despite the burglaries, he remains upbeat.

Remain anonymous and earn up to $2,000. Call Crime Stoppers at (720) 913-STOP (7867). Text to CRIMES (274637) then title DMCS and enter the message, or send an e-mail to metro-denvercrimestoppers.com; or use the Metro Denver Crime Stoppers mobile app which is immediately available as a free download on smartphones.

Howard Nathan is a veteran newsman. Decades later, he still enjoys writing a clever sentence, asking the tough question and talking to people in Colorado. Follow him on Twitter @CBS4Howard and read his bio.