GREELEY, Colo. (CBS4)- The three people who were killed after the car they were riding in left the road and plunged into a pond early Monday morning have been identified. 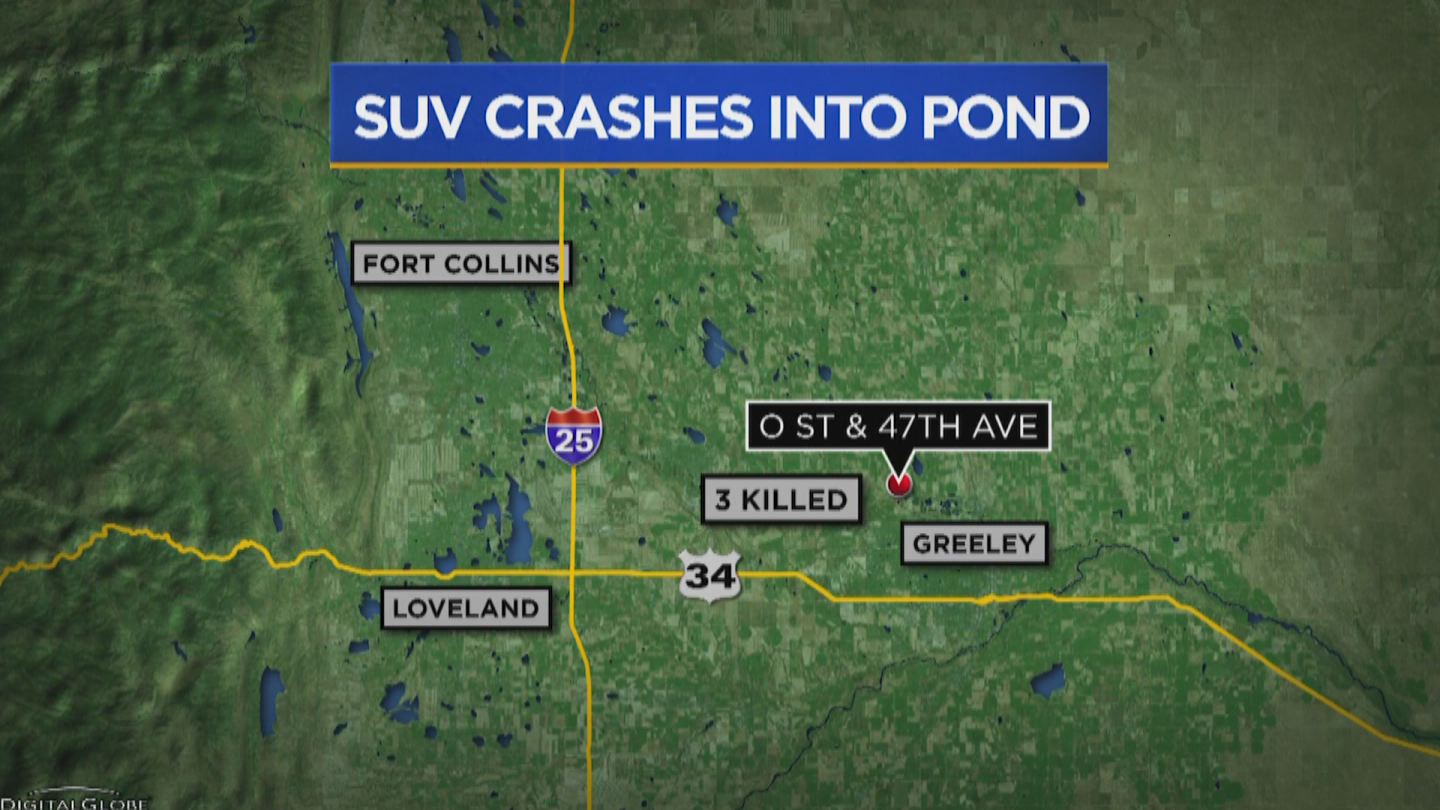 Police in Greeley rushed to the intersection at North 47th Avenue and O Street just before 6 a.m. Monday.

Witnesses told investigators that the vehicle left the roadway at a high rate of speed and plunged into the pond south of the intersection at the bottom of the 50-foot long embankment.

The SUV sank to an estimated depth of 50 feet.

Dive crews with the Greeley Fire Department recovered the three male victims from inside the vehicle. All were pronounced dead at North Colorado Medical Center.

They have been identified as Michael James Marshall, 18, Juan Jose Gutierrez, 19, Victor Galvan, 30, all of Greeley.

Copter4 flew over the pond after the recovery effort and investigators had left the scene. Police tell CBS4 that the vehicle was stolen on Oct. 5 from Evans.

The investigation into the accident continued on Tuesday with authorities not ruling out alcohol and/or drugs.

Investigators say there was no evidence of braking at the scene.

The Greeley Police Department Traffic Unit requests that if anyone witnessed or has information about this accident please contact Investigator Bryan Self at 970-351-5731, or 970-350-9600.