BOULDER COUNTY, Colo. (CBS4) - An ugly confrontation with an oil and gas company has ignited new tension between Boulder residents and the industry they distrust.

The company called Crestone Peak Resources wants to have a drilling operation on the border of the county, west of County Line Road. 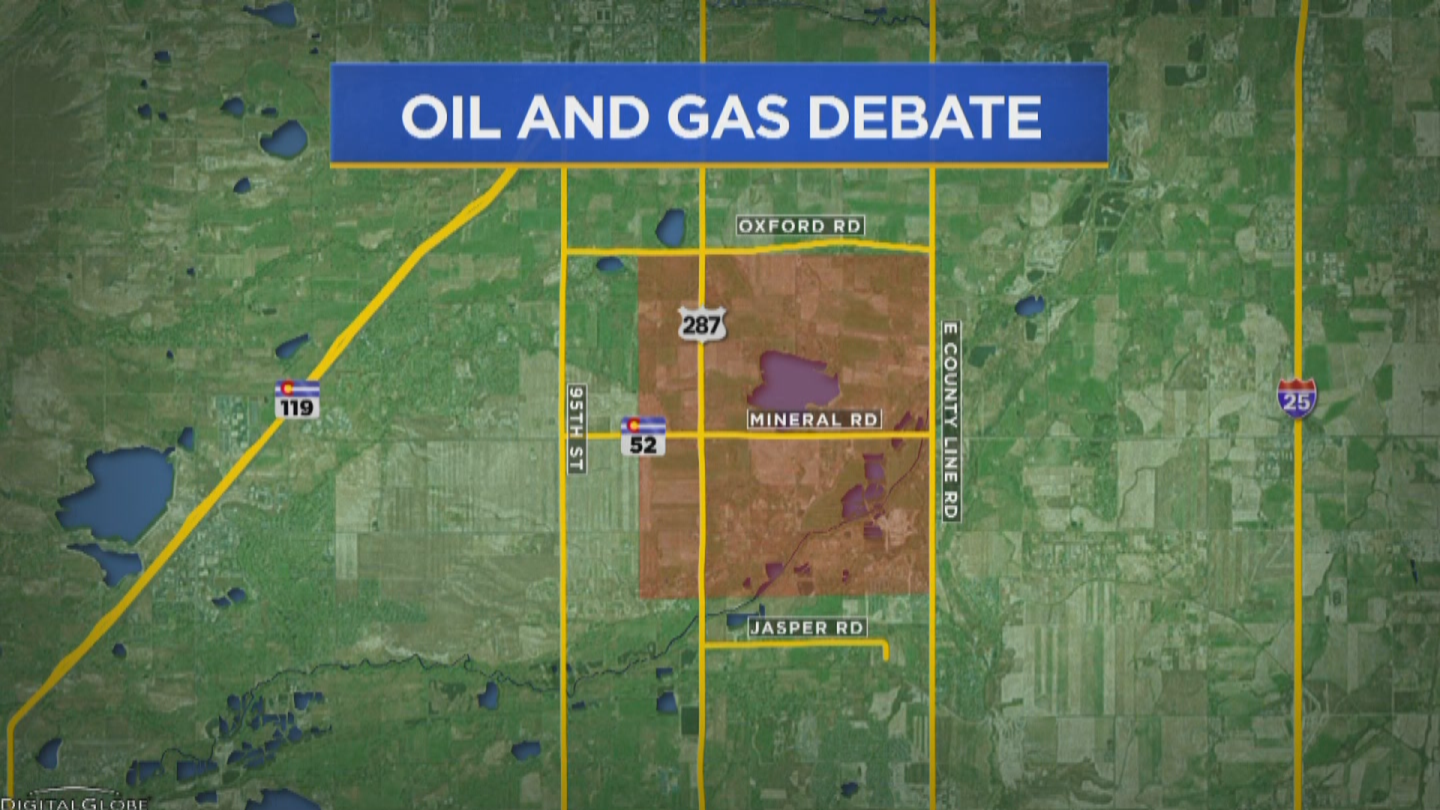 On Wednesday, Crestone Peak Resources held a meeting with residents living within half of a mile of six proposed drilling sites inside a larger 12 square mile parcel of ranch and farm land.

In order to fast track a permit to drill, the company is required to inform those residents of the comprehensive drilling plan and explain it in a public forum.

Instead, the invite was sent to everyone living within the 12 mile zone.

"The security guard told me while I was sitting in my car and they said you have to leave," said Nanner Fisher, a Boulder resident who lives inside the development zone.

When angry residents arrived at the meeting they were met by security guards and turned away.

"My feeling is that if they can't run a public meeting, we can't trust him with explosive materials," said Jones. "They shouldn't get permits if they are going to behave this way because later on it'll be dangerous for the people around them."

A spokesman for the Colorado Oil and Gas Conservation Committee says the mistake was theirs, not the oil and gas company.

The apology, though, has done little to douse the flames.

"It's about manipulation. They manipulate every regulation and requirement to get this passed. They don't care about us they only care about big bucks. It's all that matters," said Fisher.

Last Thursday Crestone held a telephone town tall as well. Sonya Lewis says she called in and was cut off.

"I asked a question, I answered it partway and when I asked to follow the line went dead," says Lewis.

Crestone Peak Resources did not return repeated requests for comment.

The company does plan to have another telephone town hall Nov. 2, but a more important date could be Oct. 30, when residents plan to protest Crestone's permit at a COGCC meeting.