CBS4 obtained a copy of an email the mosque sent to the Department of Homeland Security.

Cummings is being held for investigation of murder, suspected of killing an RTD security guard Tuesday night at point blank range.

CBS4 previously reported that local Colorado law enforcement had raised concerns with federal authorities about a month ago about Cummings.

It turns out a Denver mosque had the same concerns. On Dec. 24, the mosque in Denver sent an email to the Department of Homeland Security with the subject line "Concern on radicalization of Joshua, a revert."

In the email, the writer -- who is not identified -- said Cummings "seems to be very radicalized. He seems pretty advanced in his path of radicalization. 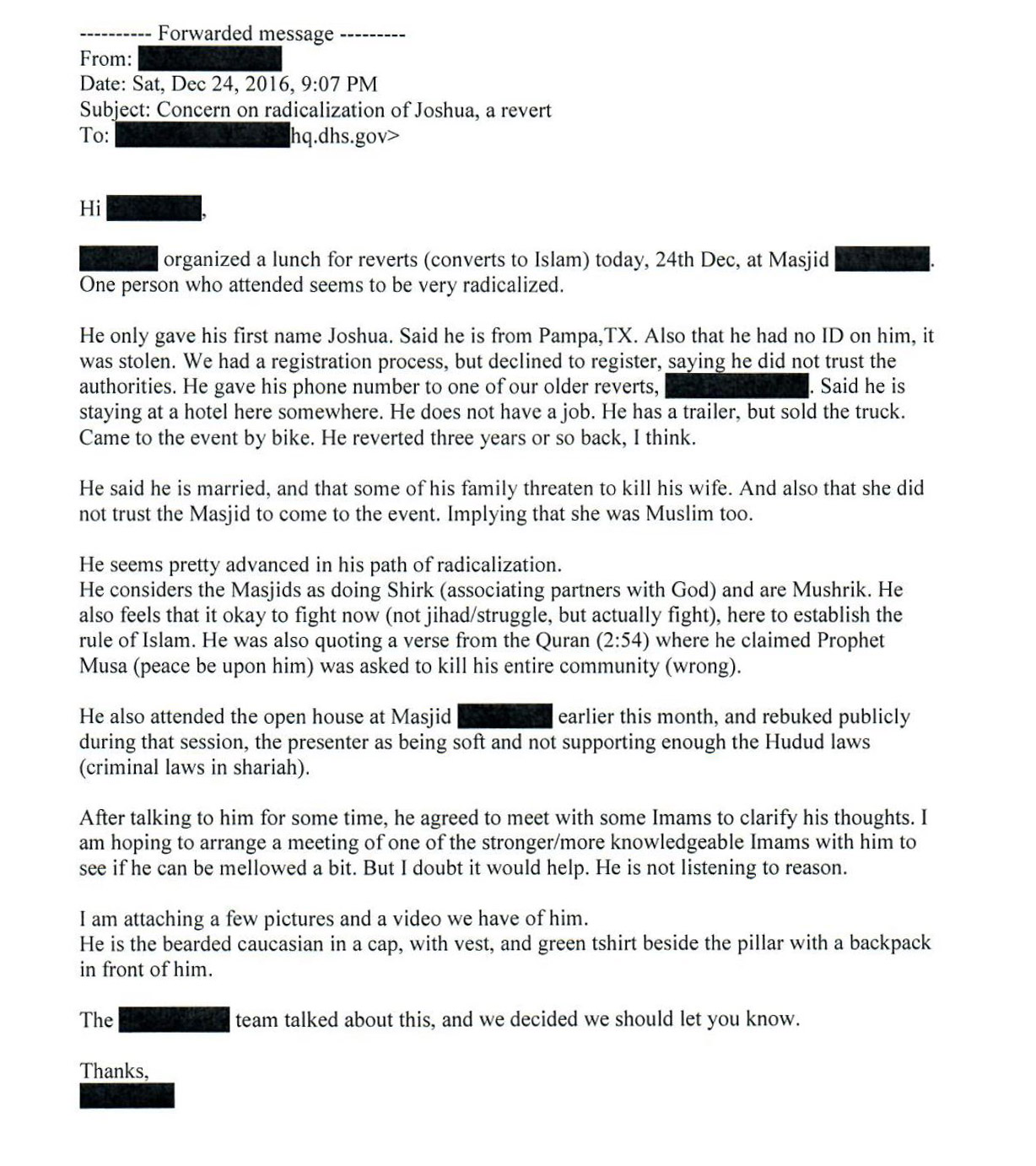 He also feels that it okay to fight now (not jihad/struggle,but actually fight), here to establish the rule of Islam. He was also quoting a verse from the Quran(2.54) where he claimed Prophet Musa(peace be upon him) was asked to kill his entire community(wrong)."

The mosque also sent pictures and video of Cummings. Multiple sources say following that communication, FBI agents contacted Cummings and spoke to him.

Qusair Mohamedbhai, an attorney representing the Mosque, said the Muslims who reported Cummings "would like to thank authorities for their professional and prompt investigation into this matter. The individuals who reported Mr. Cummings, a new arrival to Colorado, were determined to protect and defend our communities. It appeared that law enforcement took this alert very seriously."

So far, federal authorities in Denver have not commented on what they knew about Cummings, when they knew it and precisely how they handled the information.