AURORA, Colo. (CBS4) -- Three friends are turning their passion into a movement -- and it is centered at a brewery here in Aurora. Besty Lay, Kate Power, and Jen Cuesta started Lady Justice brewery in 2014 - with the goal of donating funds to non-profits promoting opportunities for women and girls. This week, they were featured on the national news program CBS This Morning.

All three have day jobs -- and brew beer on the side -- meaning they can donate more of their proceeds. Last year, they donated more than $11,000.

"The goal is to generate as much money [as possible] that we can give away," Jen Cuesta said.

That's not all that makes their operation unusual.

Only 7.5% of brewers in the U.S. are women, and just 2% of breweries in the country are all-female-owned. 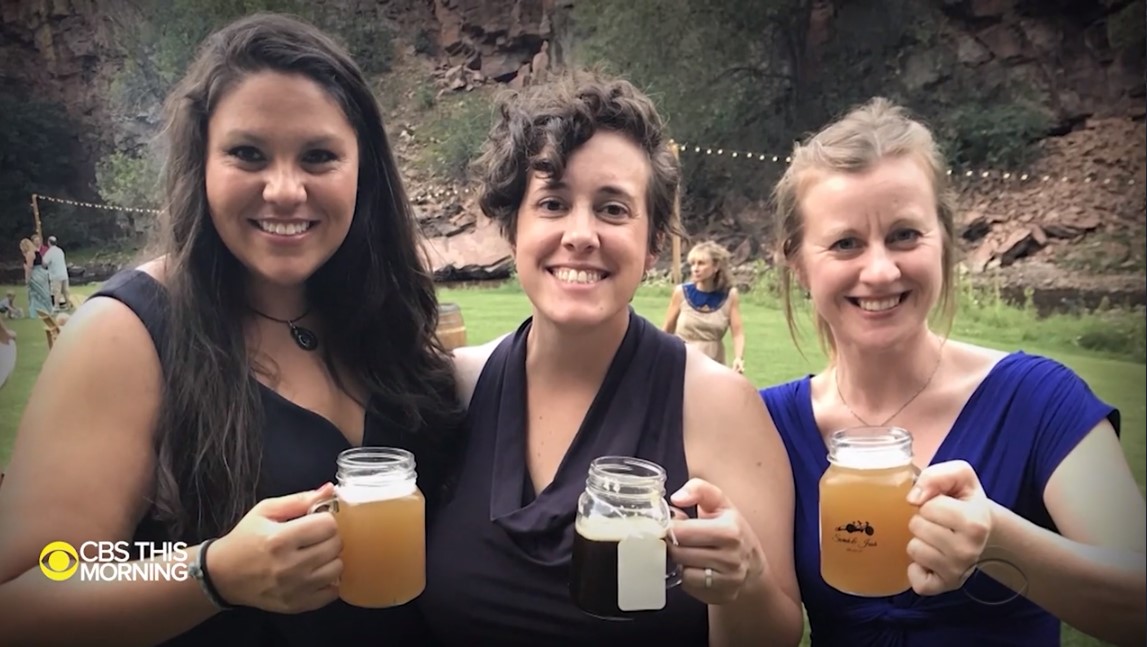 CBS This Morning's Dana Jacobson recently visited the women behind Lady Justice, to see their operation an dask them about recent reports of  sexism and harassment in the brewing industry.

"This problem is prevalent in the industry," Betsy Lay said. "It's woven through it."

"We need it out in the open and we need to talk about it and it needs to stop," Kate Power said.

The friends came up with the idea to start a brewery during their 2010 service in AmeriCorps -- and Lay said they had no idea there were so few women in the industry.

"What began as a small operation on a custom-built homebrew system in a tiny storage space has grown into a flourishing taproom and movement," their Facebook page states.