JEFFERSON COUNTY, Colo. (CBS4) -- A 25-year-old Ohio man was written a summons for animal cruelty after neighbors reported human screams and dog yelps coming from inside a home Thursday.

JCSO deputies responded at noon to the 9600 block of West Chatfield Avenue, according Jefferson County Sheriff's Office spokesman Michael Taplin, after calls came in to dispatch.

Aside from the citation, Kristian Ziliox was also arrested on outstanding out-of-state warrants.

An injured dog was taken from the home by animal control officers. It was transported to the Foothills Animal Shelter.

A spokesperson with the shelter, Joan Thielen, told CBS4 the animal suffered a severely damaged tooth and bruising around its chest and shoulders. The tooth was removed during emergency surgery, Thielen said. The dog is now stabilized and recovering, she said. 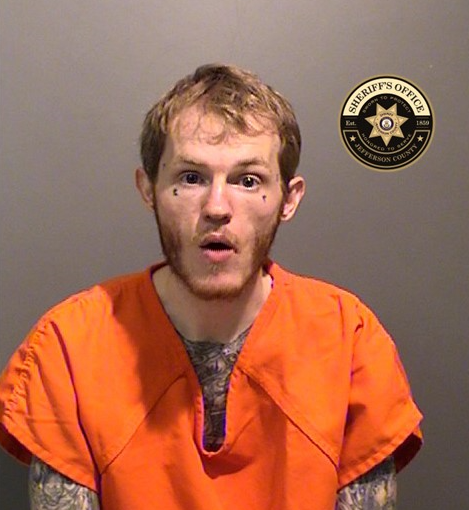 Ziliox's warrants were from Ohio and Michigan, JCSO's Michael Taplin told CBS4. He was not aware of the specific offenses in those warrants.

Ziliox is scheduled to stand before a judge Monday morning.

Thielen said the shelter would keep the community updated about the dog's recovery and encouraged donations for its care, but "at this time, we are not accepting adoption inquiries or holds for this pet."