WINTER PARK, Colo. (CBS4)- When Kate and Travis Wright first saw drone video evidence of people breaking the rules and riding dirt bikes on a closed trail, they decided they would try to help spread the word. The couple literally wrote the book on Rollins Pass near Winter Park.

"I wish people would follow the rules that are out there," Kate Wright told CBS4's Matt Kroschel on Wednesday.

The drone's eye view shows dirt bike riders on a trail that off road vehicles are banned from using due to damage they cause to the fragile ecosystem. The USFS does allow OHVs along hundreds of miles of other trails across the stat,e but they are barred from the wilderness above tree line.

That is where the Wrights believe the bikers were riding when spotted on the drone video.

The couple is worried bad behavior like this could leave a permanent mark on this historical gem.

"There's still so much up here, so much under our feet right now. When that story is destroyed or not respected, that's a theft from the next generation," Travis Wright said.

"It is a very special place unlike any other in Colorado," Kate added.

Their book details the legacy of this pass. When the Wrights saw evidence of people not respecting it, they wanted to spread their message.

"We've seen cars on the tundra camping where they shouldn't be, driving through wetlands... we've seen it all up here. It makes you sad," Kate said.

"The Forest Service publishes maps that shows where you can and cannot travel. There are so many miles of roads throughout Colorado that's full of adventure and adrenaline. Those adventures could be had legally," Travis added.

They hope people will respect the signs and the history on Rollins Pass. 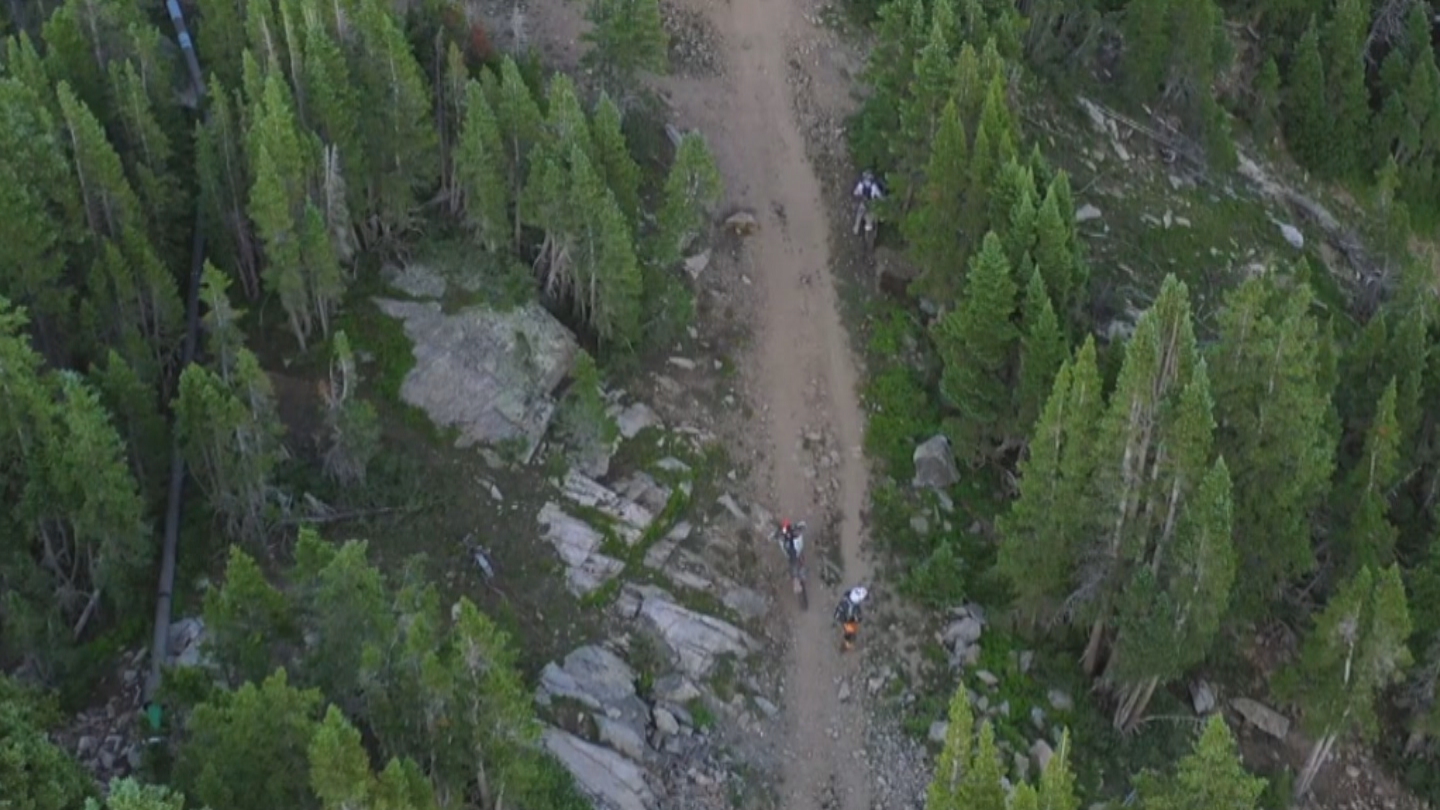 "We have seen a change over the last decade. I grew up in Colorado, the change is evident everywhere. I think it can be positive change if people will just respect the area. Colorado can be easily destroyed if we don't care for it."