Snow totals will vary greatly for the foothills and the metro area. We are expecting snow for several hours overnight in Denver and the surrounding cities, but much more will fall at higher elevation. 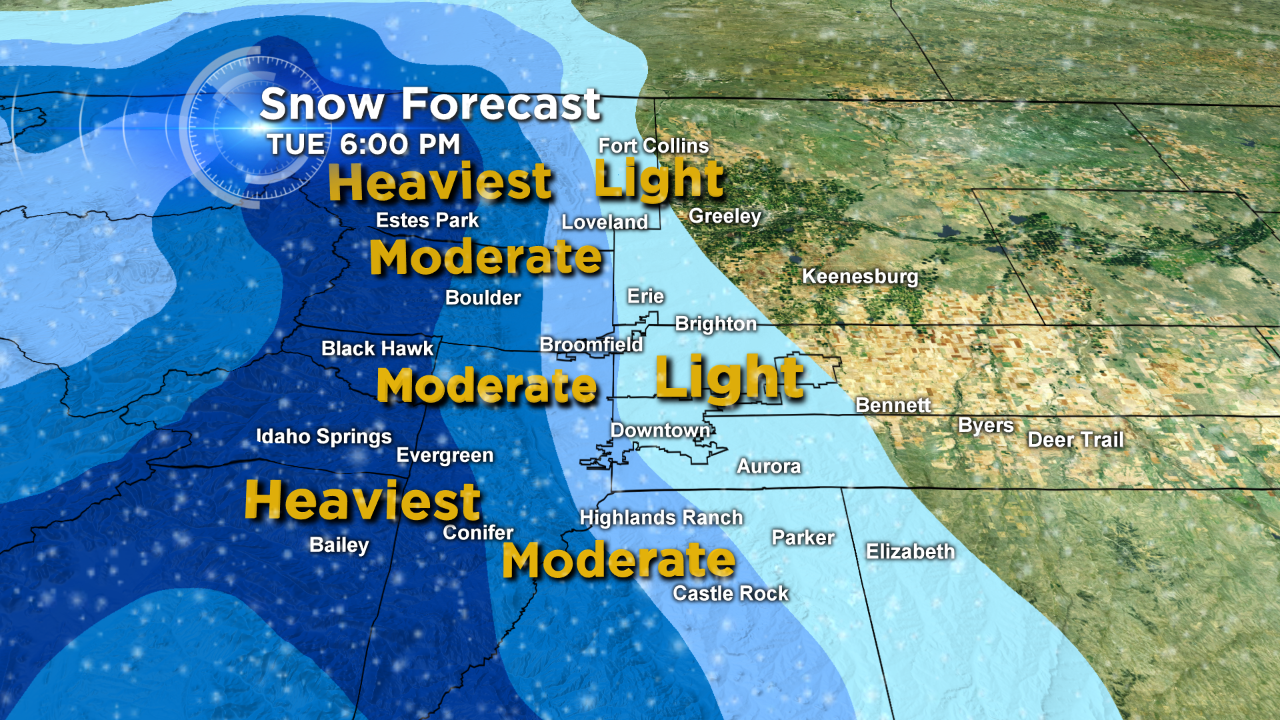 Lighter amounts will be found across the Denver metro area, although enough snow to measure in the driveway. This will not be a particularly big storm, but travel and traffic delays are likely Tuesday morning. The foothills are a different story, though. Favored locations for the most snow are west of Castle Rock in Douglas County, and the cities of Conifer, Pine, and Bailey in Jefferson and Park counties. Ed and I will have specific numbers on CBS4 News at 10.

The computer models are in agreement that the heaviest amounts will fall from 7,000–9,000 feet. The section of Jefferson County between the South Platte River and Highway 285 could wake up to a foot of snow. The wind profile shows a strong northeasterly flow with lots of moist air for snowfall rates up to 2" per hour. It will be one of those storms that brings large variations in snow amounts over fairly short distances. Several inches have already been reported in parts of Boulder and Jefferson counties. 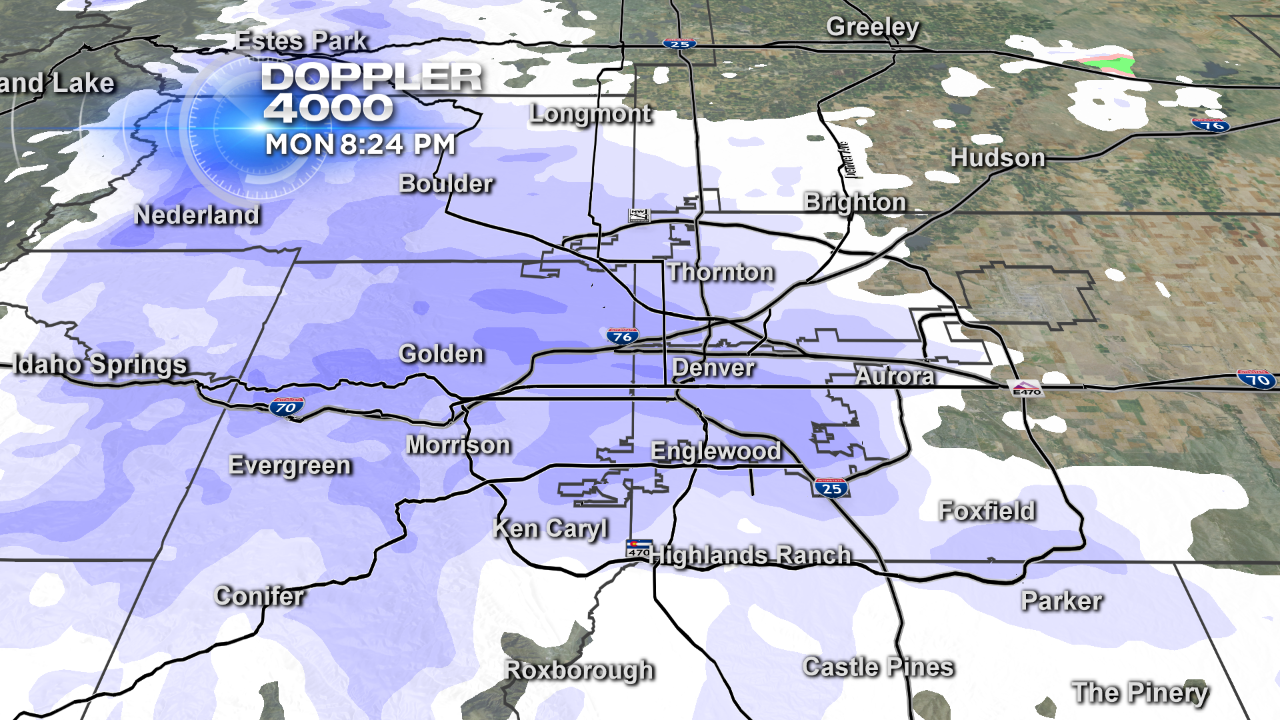 This system is welcomed by a 3 week-long dry pattern in Denver. It hasn't been since Feb. 2 that we recorded any snow at Denver International Airport. As of 8 p.m. Monday, a heavy band of snow moved through downtown Denver. 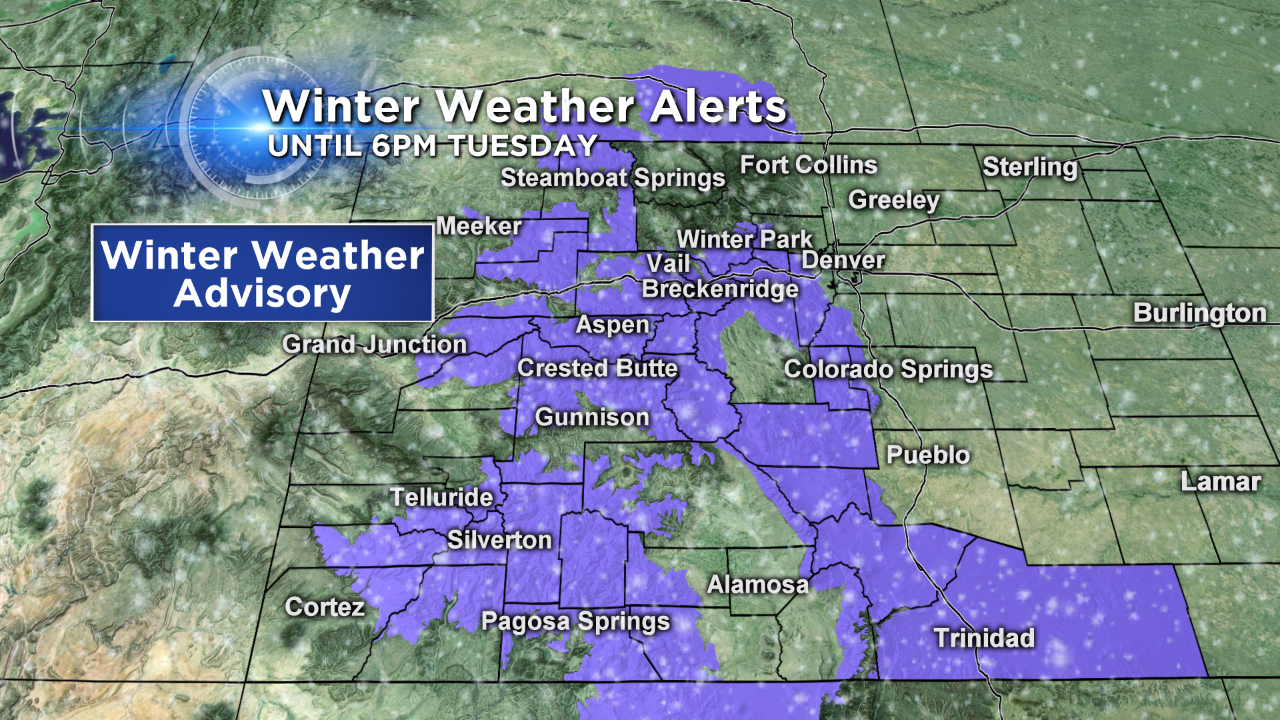 Winter Weather Advisories are posted until 2 p.m. Tuesday for the foothills along and south of I-70, and in all mountain ranges of central, southern, and western Colorado. Winter Storm Warnings are also active above 11,000 feet for Pikes Peak and the Sangre De Cristo Mountains, and for the Wet Mountains southwest of Pueblo.