BOULDER, Colo. (CBS4) - More human remains have been found near Eldora Mountain Resort, according to the Boulder County Sheriff's Office.

The remains are believed to be connected to previous remains that were discovered in a snow boot last month.

Investigators did confirm that the DNA results were not a match for Ryder Johnson, a 20-year-old Lafayette man who was reported missing in January and had ties to Eldora Mountain Resort.

The size 13 leather, waterproof boot was discovered in a clearing at the base of the mountain June 1 with a severed and decomposed foot inside. No other human remains were found in the area until Saturday's discovery.

A trail runner found skeletal remains on a mountainside north of Peterson Lake Saturday morning. The Boulder County Sheriff's Office says they appear to be related to those found inside the boot on June 1.

A right snow-style boot was located, identical to the left boot found. Authorities say it appears they are the remains of someone who had likely been camping and could have been there for months. 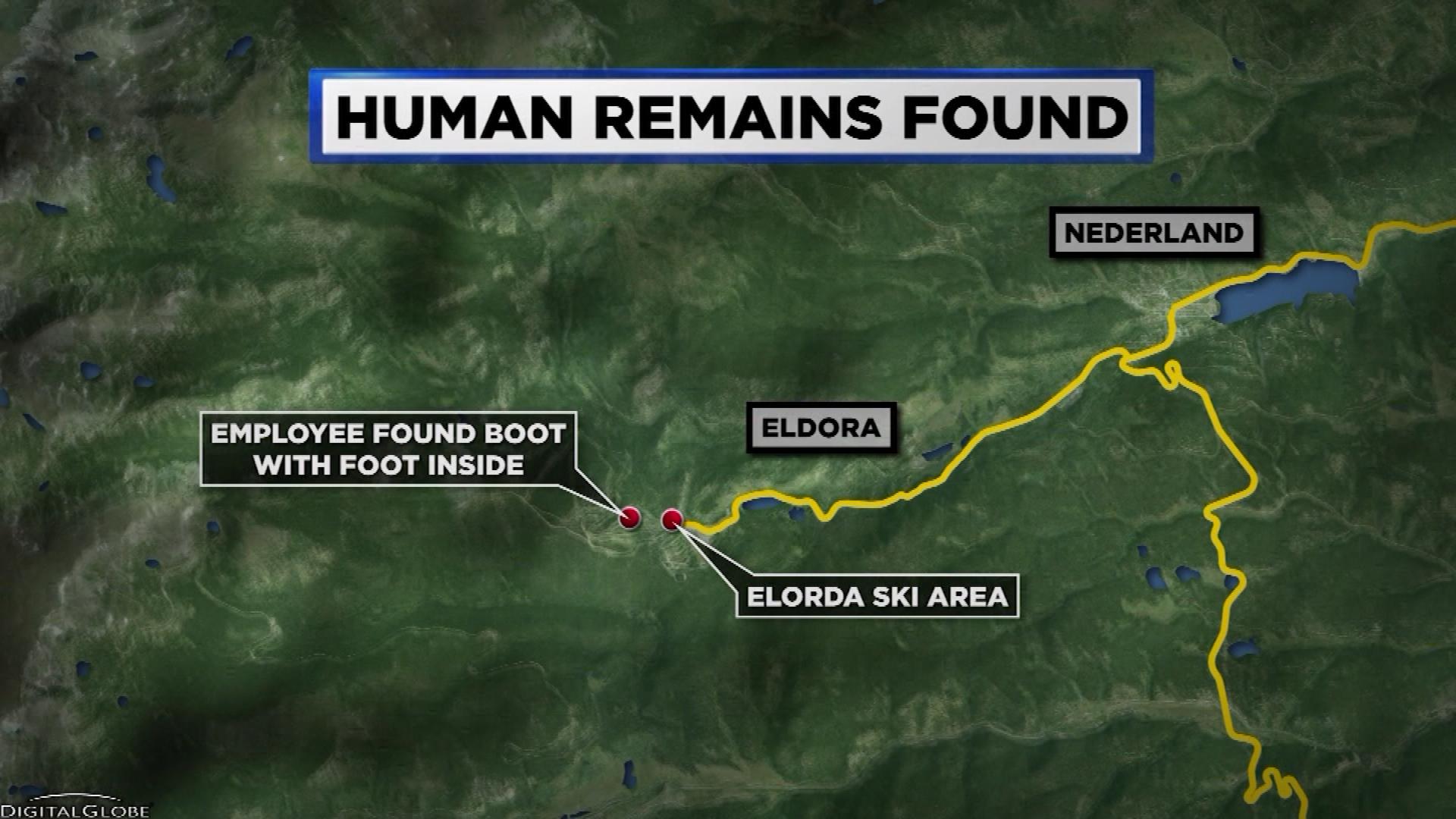