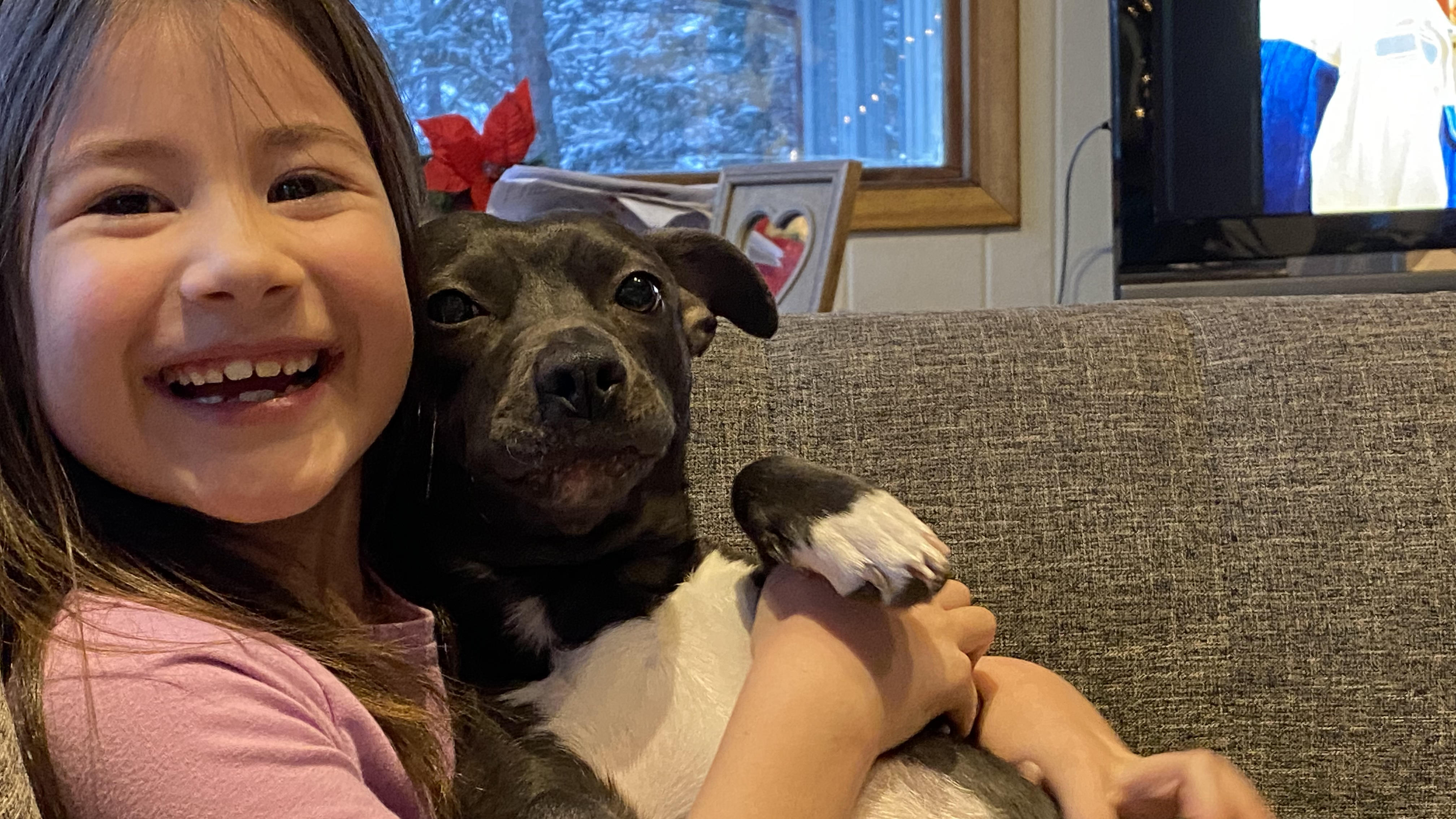 Three years ago, when the Haven's family took in Lady, the pit bull/chihuahua, they knew they had met someone special.

"She was always keeping watch with the kids," Mom of four Virginia Havens explained. "Always closest to our youngest."

Havens said that "nanny dog" instinct is probably why her kids are uninjured and alive today. The story starts on the afternoon of June 14. as the Haven's family kids were playing in their front yard, just outside the mountain community of Idaho Springs.

"I was inside making dinner, my husband was outside here in the driveway washing his car," Havens said. "(My husband) heard Lady going crazy, just that quick."

While the children had been playing on a playset and while both parents had been close by, but not looking, a mountain lion had been creeping along the side fence, stalking the kids.

"Could have been a very different situation if she had not been there," Havens said grimly.

The dog went on the attack to help protect the kids, taking on a full-grown cat estimated around 6 feet long. Lady is not a big dog but her courage was big enough.

"Lady was doing her thing, barking, you know, posturing for defense and she took off the opposite direction here just to circle back to get momentum for her charge."

Haven's husband was able to sweep the kids inside the house and out of harm's way, but in the meantime, Lady was now between the jaws of the mountain lion.

"I heard her crying out which made me more frantic because, she was my fur baby," Havens lamented.

The family called the police and officers were able to shoot non-lethal rounds at the cat and get it to drop Lady.

"I'm like 'Oh my God! She's ok! She's alive!'" Havens remembered. "I'm calling her and she trots back up the back slope to the back door but when she gets to the door I scream."

"She is just a bloody mess. Her eye is bulging, she is labored breathing, she has a hole in her skull," Havens said. "We took off for the animal hospital."

It was there the family learned her injuries were too serious to fix. The Havens took a few final photos of their savior before she was put down.

"If she had not been there we would have had a completely different type of tragedy... she was absolutely our hero," Havens said.

Spencer Wilson is CBS4's mountain newsroom reporter, stationed in the beautiful town of Frisco. That's just a patience-testing drive up I-70 from his hometown of Littleton, Colorado, where he went to Runyon Elementary, Euclid Middle School, and Heritage High.