RATON, New Mexico (CBS4/AP) - Five people have died and one was seriously injured after a helicopter crashed in northern New Mexico. Three of the people killed in the crash were from Colorado.

Lt. Elizabeth Armijo of the New Mexico State Police says six people were aboard the helicopter Wednesday evening when it went down in a mountainous area. No additional information was immediately available about the circumstances of the crash. 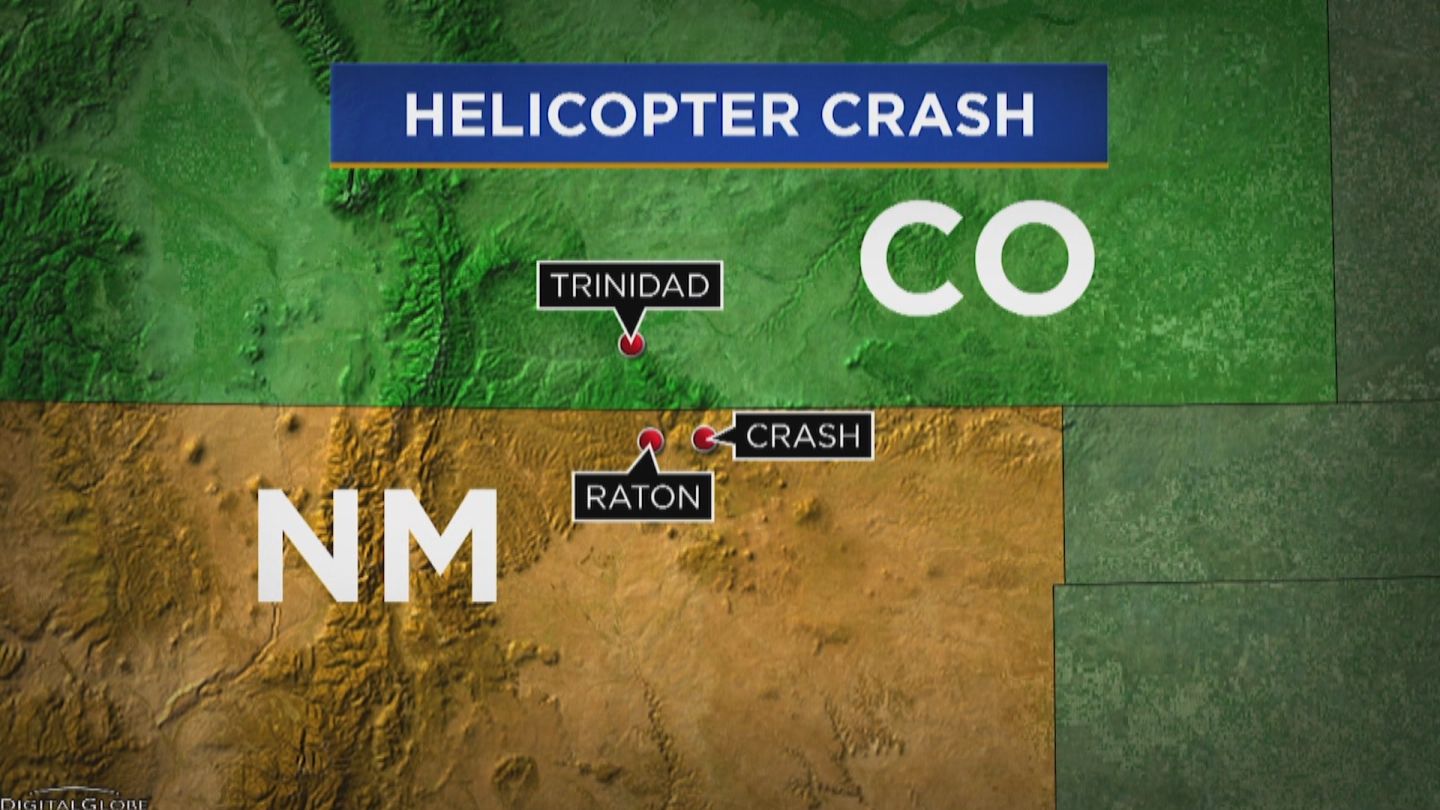 The helicopter crashed in "extremely remote" and rugged terrain about 15 miles east of the small city of Raton, near the Colorado state line. The crash sparked a grass fire that burned an area of approximately a mile radius around crash site.

Police identified the deceased victims as:

Roy Bennett was a key opposition leader in Zimbabwe, the AP reports.

The mother of the lone survivor of a New Mexico helicopter crash that killed five people, including a Zimbabwe opposition leader, says her daughter is distraught.

Her voice breaking, Martha Cobb told The Associated Press on Thursday that her 39-year-old daughter, Andra, said she escaped the helicopter and passed at least one body on the ground before it burst into flames.

Martha Cobb says she and her husband befriended Zimbabwe opposition leader Roy Bennett and his wife while traveling on cruises.

Friends say the group was heading to the Emery Gap Ranch, a sprawling, mountainous property that Burnett purchased in 2017.