DENVER (CBS4) - The state capital may have looked like a car lot with the balloons and shiny new rides, but this was actually a parade.

"This is a static parade until about three o clock but then we'll take them to the Colorado Convention Center," said Tim Jackson president/CEO of the Colorado Automobile Dealers Association.

Sunday was 12th annual Green Car Static Parade. It's an opportunity for dealers to showcase the latest and greatest in green technology.

"Every manufacturer is moving toward electrification so there's a lot of hybrids, plug in hybrids and fully electric cars and these are all available today in showrooms in Colorado."

Hybrid and electric are the cars of the future which is perfect for Melissa Venitez because she's not even old enough to drive yet, but she knows what she likes.

"It's very beautiful. I like it. It's like my dream car," she said about a BMW sports car.

She's already planning out how she can get one of her own. 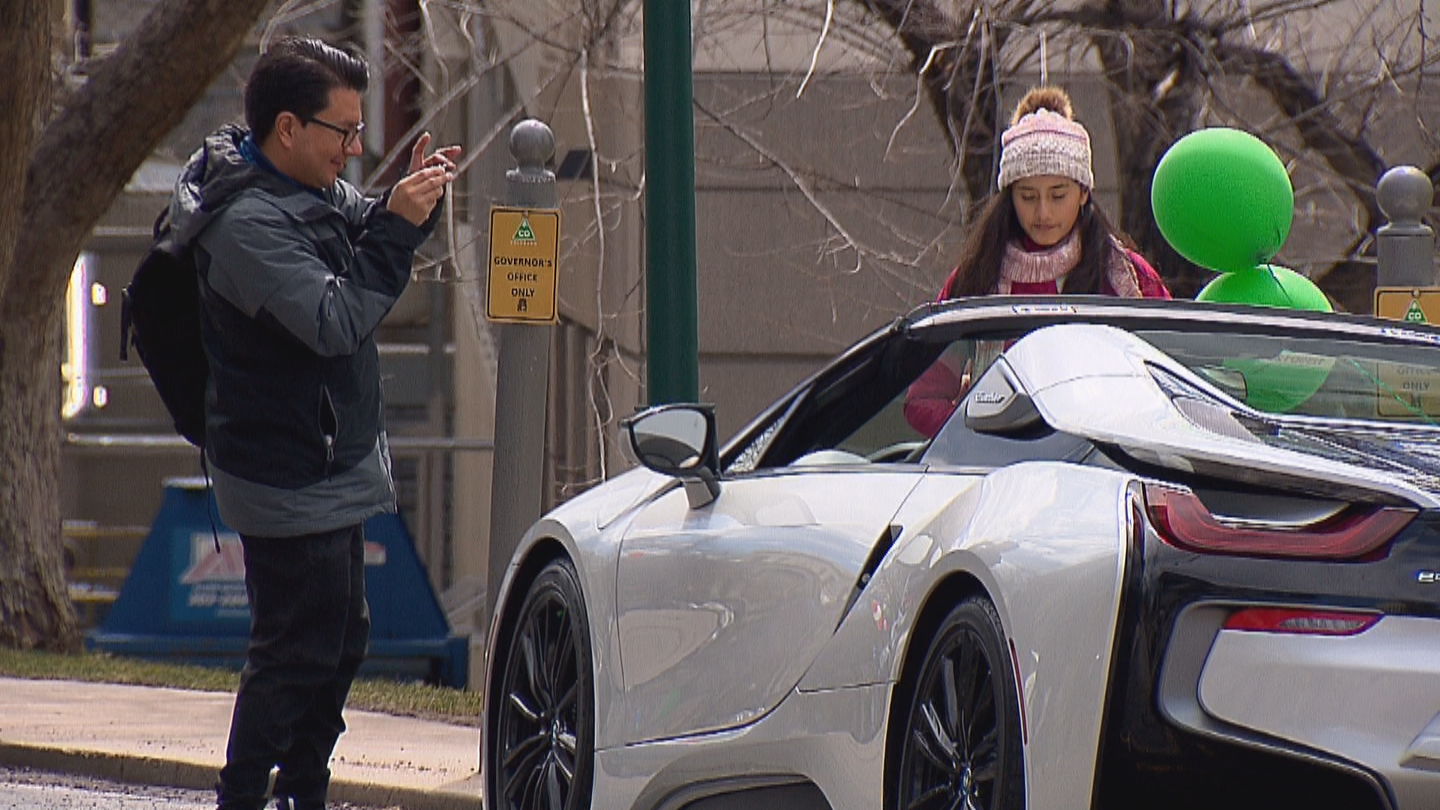 "I want to be a good doctor in the future and have a car like that."

If you missed out, all of the cars that were on display Sunday will be at the auto show starting on Wednesday.