DENVER (CBS4) - The year 2020 will be remembered for so many things when we're taking a look back at history several years from now. In addition to the pandemic and the election our nation was hit with a lot of extreme weather.

A massive drought developed over much of the western United States during 2020. The dry conditions fueled historic wildfires, many of which set new all-time records for size in states including Colorado and California. As of early December, several large cities in the west have recorded less than 10 inches of water for the year, and some are under 5 inches, such as Phoenix and Las Vegas. 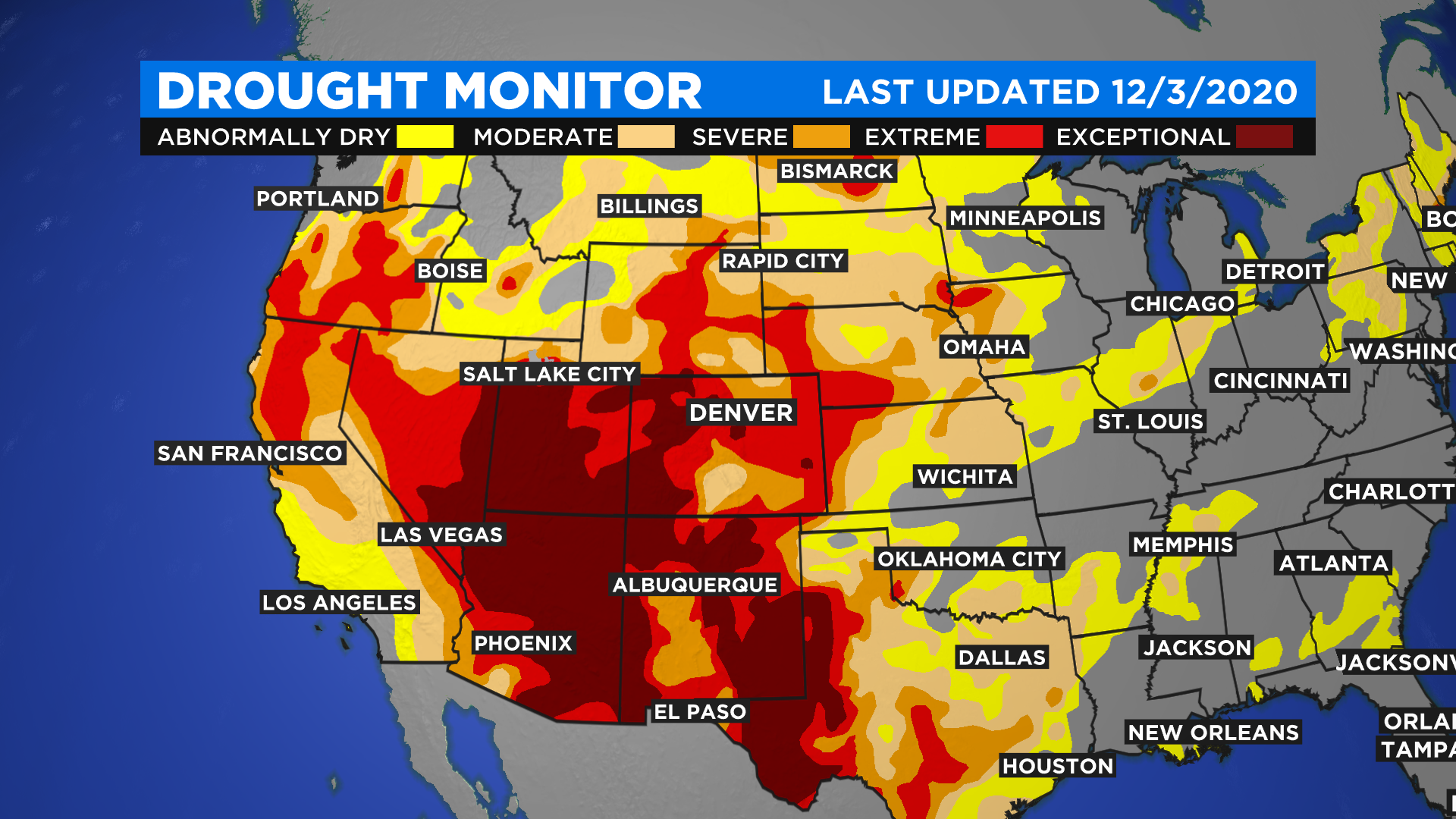 When the U.S. Drought Monitor released their weekly report in early December nearly 3/4 of the state of Colorado was classified as being in either extreme or exceptional drought. The rest of the state is in either moderate or severe drought. 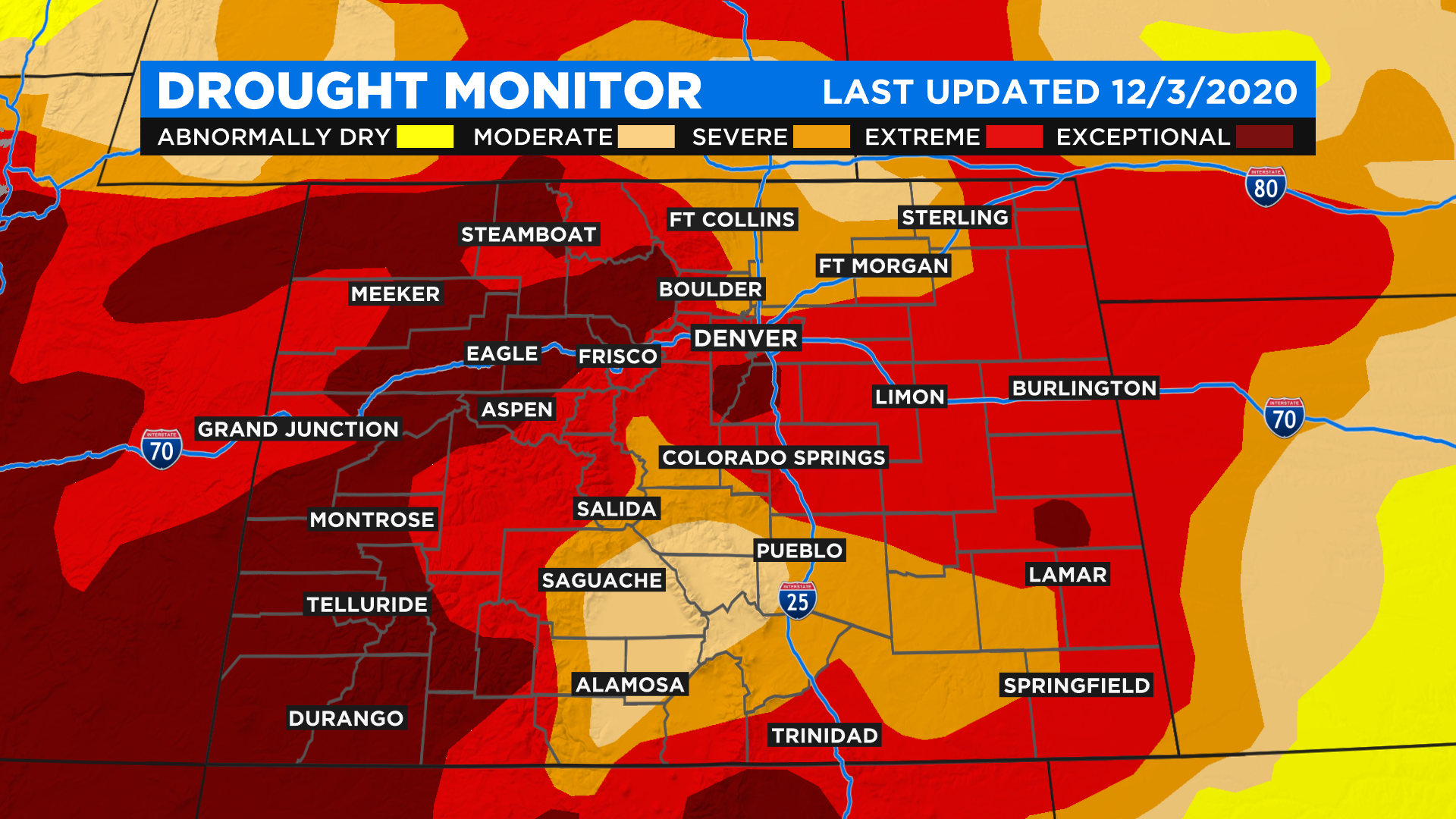 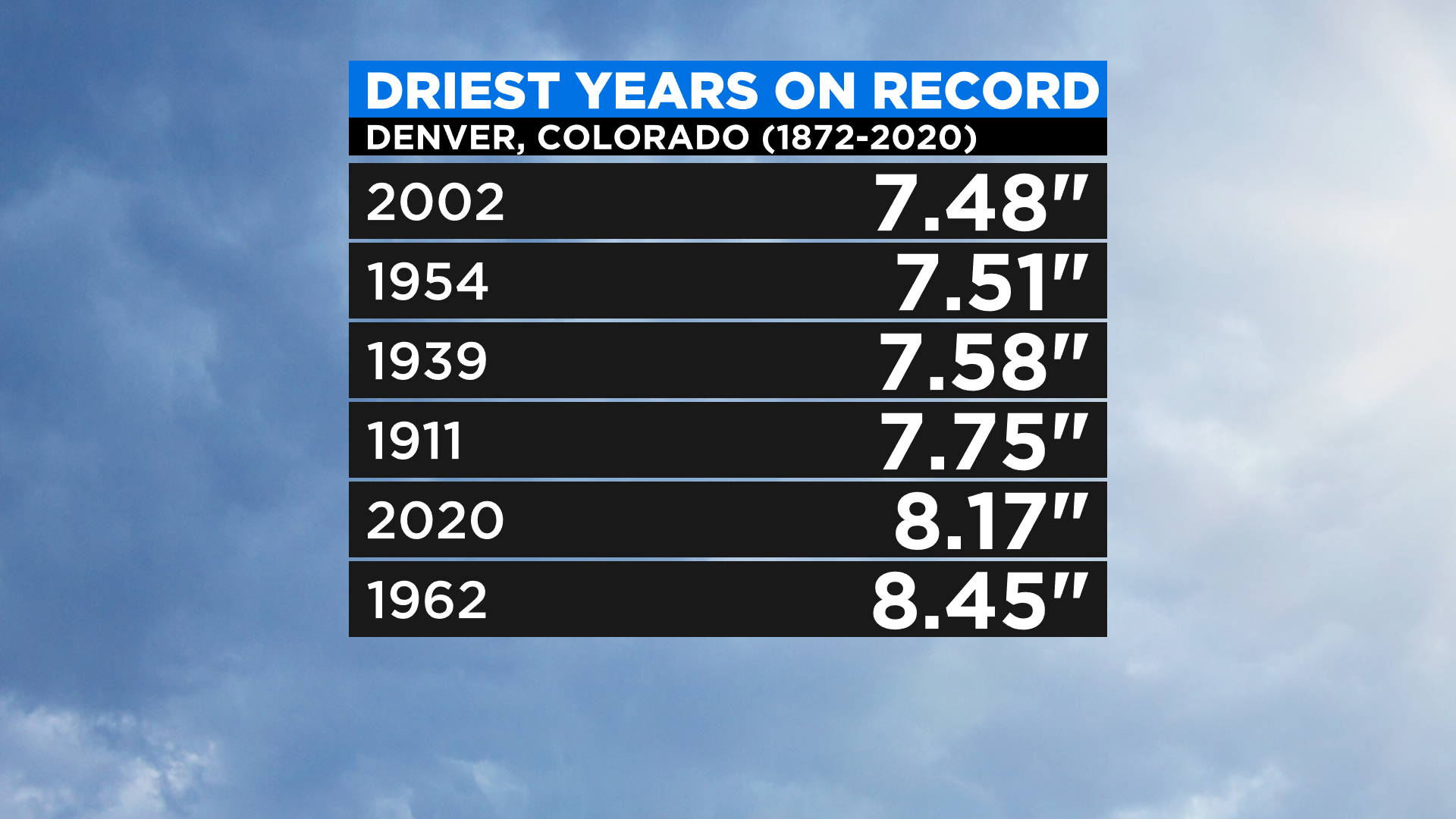 It's pretty safe to assume that Denver will end in the top 10 driest years in recorded history based off the current weather trend. There is also a decent chance it will hold the current position on the top 5 list. 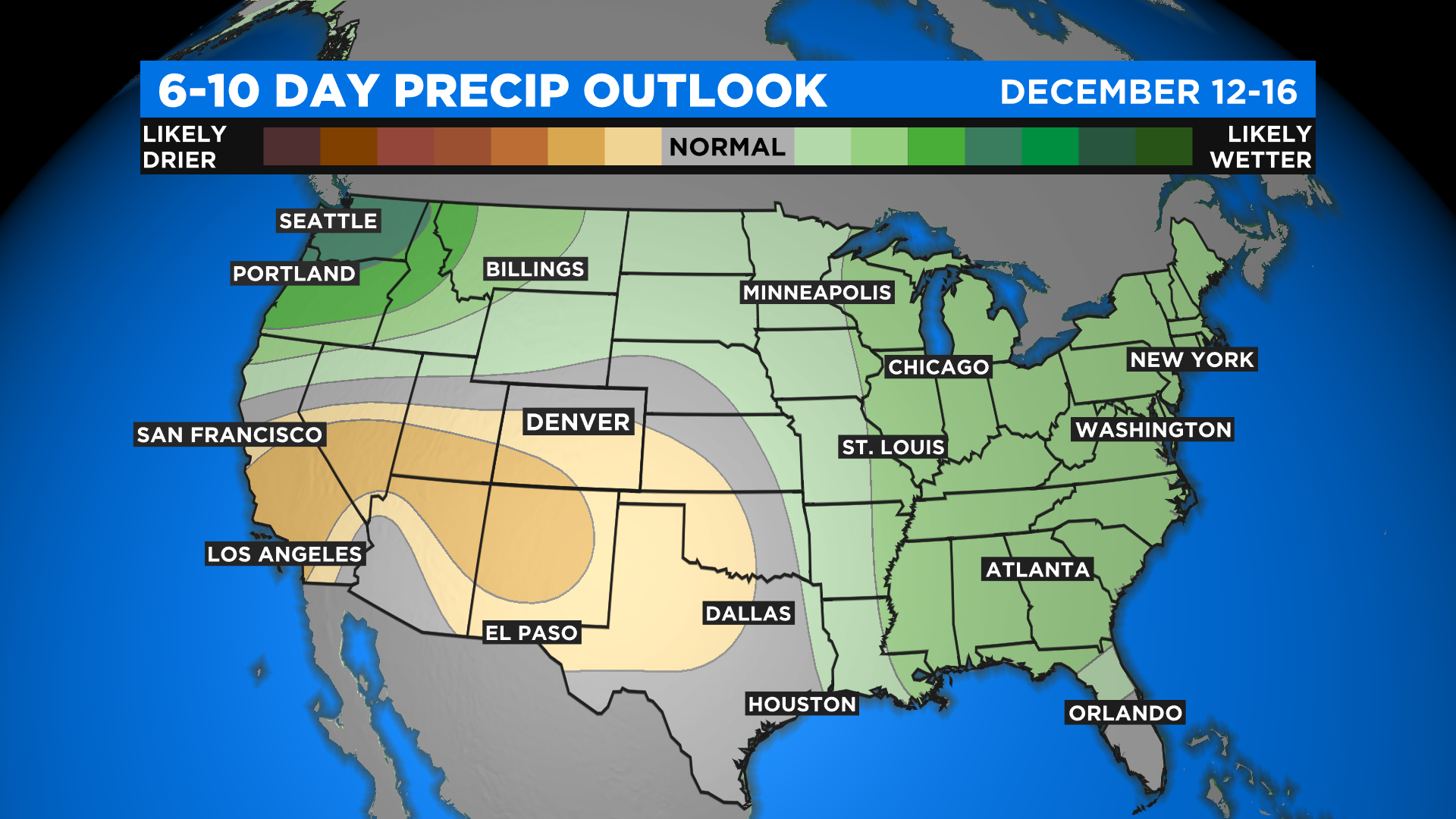 The extended outlook from NOAA's Climate Prediction Center doesn't offer much hope for any significant storms over the next two weeks. Both the 6-10 day and 8-14 day outlooks call for a high chance to see below normal precipitation. 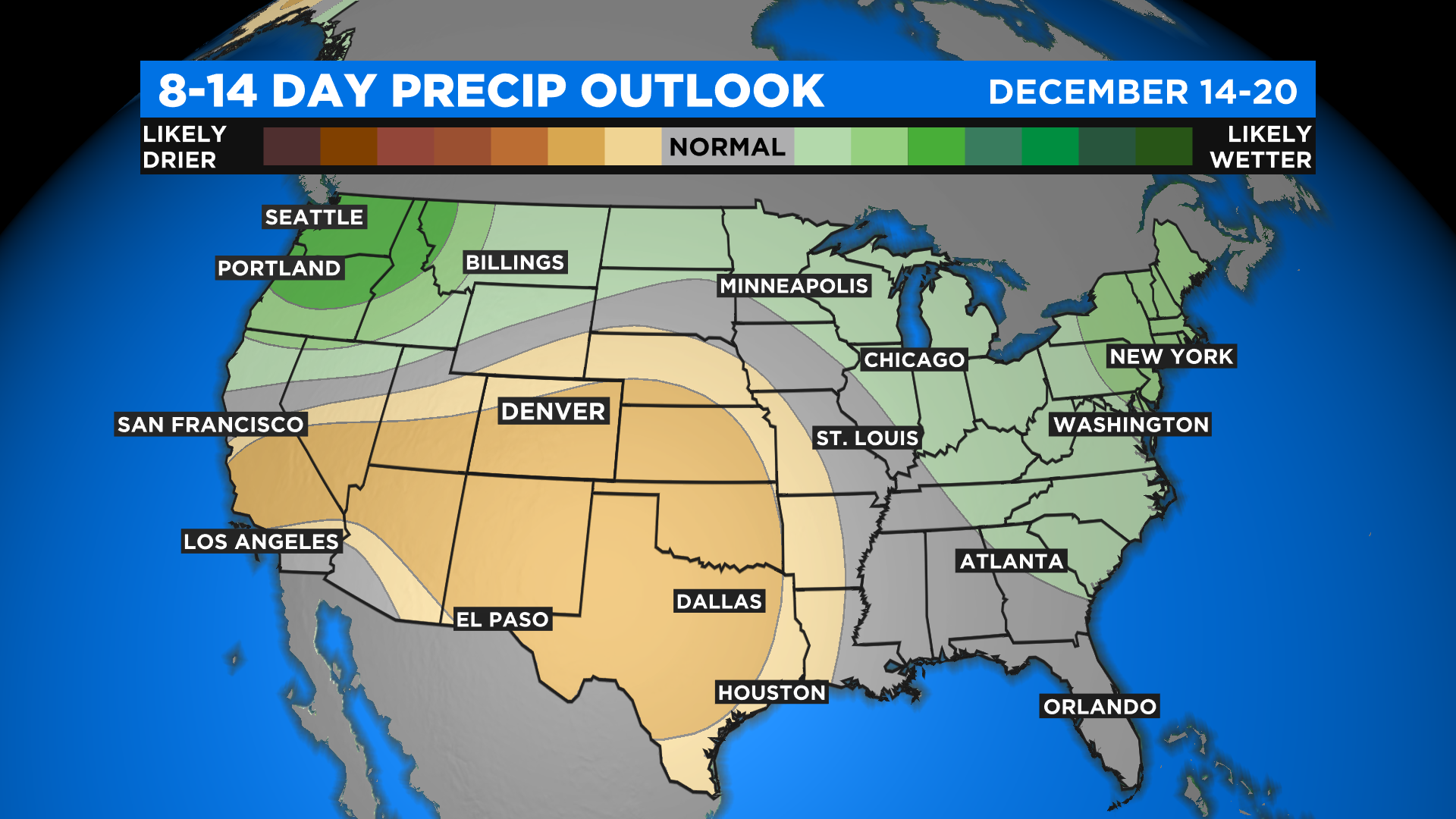