BAILEY, Colo. (CBS4) - A 13-year veteran deputy was killed in a shootout in Bailey Wednesday morning. Two other Park County Sheriff's Office deputies were shot, one with life-threatening injuries.

The shooting happened about 9:30 a.m. Wednesday at a home at 36 Iris Drive in the Friendship Ranch Subdivision in Bailey when deputies attempted to serve an eviction notice. The deputies went inside the home.

The subject, identified as Martin Wirth, was holding a rifle when the deputies entered his home and he fired upon them.

The Jefferson County Sheriff's Office told CBS4 there was a shootout between deputies and Wirth. 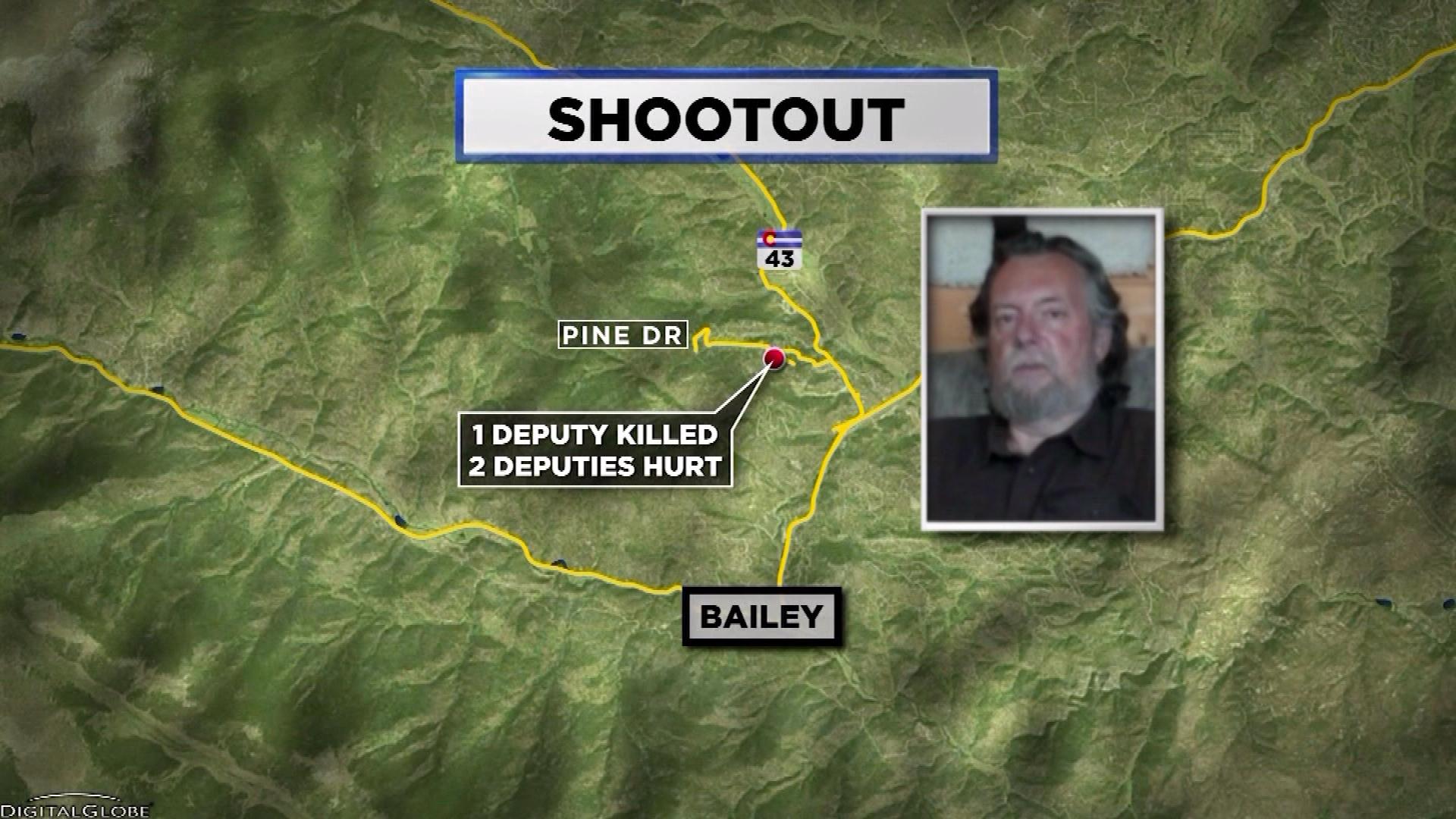 Wirth was killed when deputies returned fire. Wirth apparently had an ongoing eviction battle with authorities as documented in a website from the Colorado Foreclosure Resistance Coalition.

Park County Sheriff Coporal Nate Carrigan was killed. He was a 13-year veteran with the sheriff's office.

Master Patrol Kolby Martin was shot multiple times in the lower extremities. He was airlifted to St. Anthony Central Hospital. Martin has 11 years of service with Park County.

"He is currently in surgery at this time," said Colorado Bureau of Investigation spokeswoman Susan Medina.

The third deputy who was shot, Park County Sheriff's Captain Mark Hancock, suffered non-life threatening injuries when his ear was grazed by a bullet. He has 21 years with Park County and was rushed by ambulance to St. Anthony Central Hospital.

"The sheriff has requested the assistance of the Colorado Bureau of Investigation, members of our investigation section as well as our crime scene response unit have responded to the scene, there is also tremendous support from the Jefferson County Sheriff's Office, they have members of their staff here ready to lend support in addition to assisting crime scene investigation and also providing patrol duties," said Medina.

Deputies from the Chaffee County Sheriff's Office responded to the scene with K-9 officers to search the area. The nature of the search or what investigators may be looking for has not been revealed.

Troopers with the Colorado State Patrol also assisted officers at the scene.

"He served his country in a superior way, and made the ultimate sacrifice today," Medina told CBS4's Tom Mustin Wednesday afternoon. "It's a tragic day. A Park County Deputy lost his life today."

Wirth's neighbor Aliece, who didn't want to give her last name, says Martin had predicted his own death.

"He felt like they were after him. He said one of these days they were going to kill him," Aliece said. "I said, Oh Martin, they're not going to do that.' I guess today was that day."

By nightfall, flags stood at half-staff outside the Platte Canyon fire station. Heartbroken law officers had a small request to honor a brave man who sacrificed his life in the line of duty.

"Turn on your porch lights, talk about Nate. Talk about the wonderful things our law officers are doing on the streets of our country each and every day," a law officer said.

There will be a news conference sometime on Thursday to update the investigation.

A few weeks ago another sheriff's deputy in Colorado was shot and killed. Deputy Derek Geer with the Mesa County Sheriff's Office was shot after responding on reports of a man walking around with a gun. Austin Holzer, 17, will be tried as an adult. He's charged with first-degree murder.

Colorado now has the sad distinction to have the United States Honor Flag visit the most times in in under a year following the Park County deputy's death.