DENVER (CBS4) - A record high temperature was shattered in Denver at 2:20 p.m. on Thursday when the temperature at Denver International Airport hit 105°F. 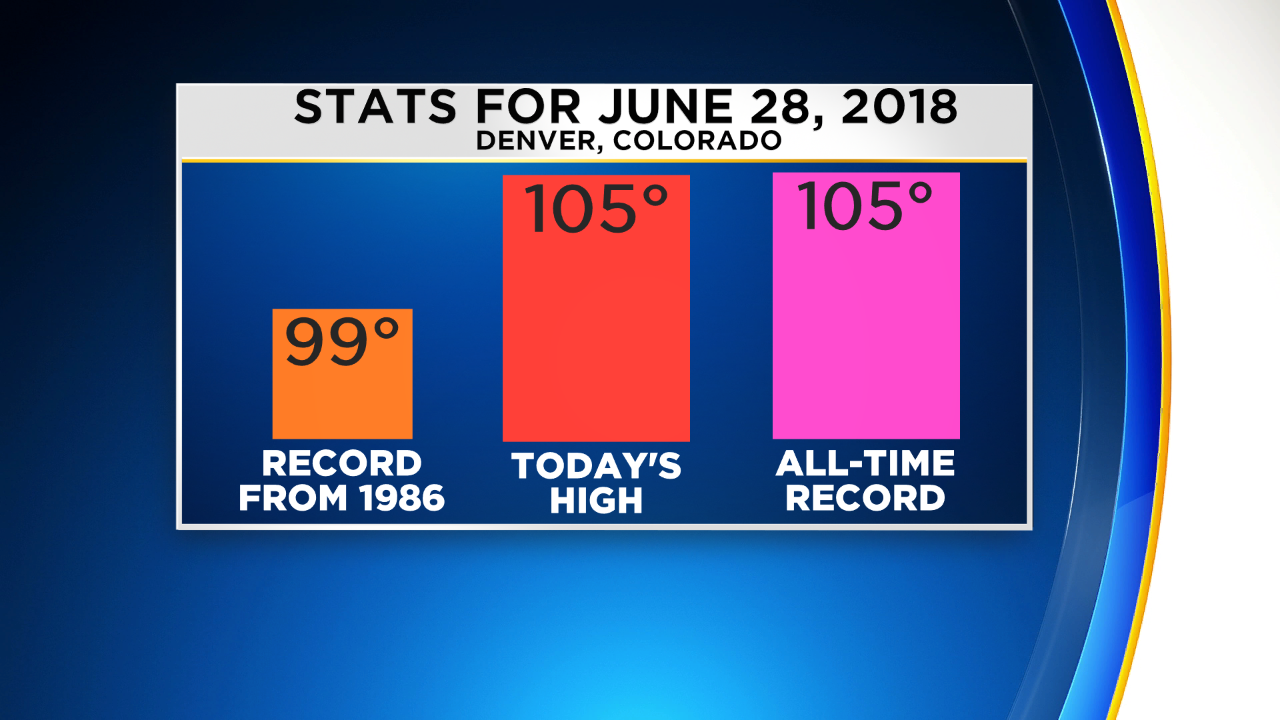 It's the fifth time that Denver has recorded a temperature this high since records began in 1872.

Meteorologist Chris Spears travels weekly in the CBS4 Mobile Weather Lab reporting about Colorado's weather and climate. Check out his bio, connect with him on Facebook or follow him on Twitter @ChrisCBS4.