LAKEWOOD, Colo. (CBS4) - The driver of a semi traveling on Interstate 70 in Jefferson County struck part of a bridge before daybreak on Thursday and it's unclear how much damage it did. Authorities believe the commercial vehicle was hauling a heavy equipment and didn't stop after the collision.

The incident happened sometime before 6 a.m. at Denver West Parkway. That's near Colorado Mills shopping mall in the western part of the Denver metro area. All of the eastbound lanes of I-70 were closed from approximately 6 a.m to 7:30 a.m. After that one lane of traffic remained closed for a few more hours while structural engineers checked the bridge. The closures caused big backups during the morning commute. 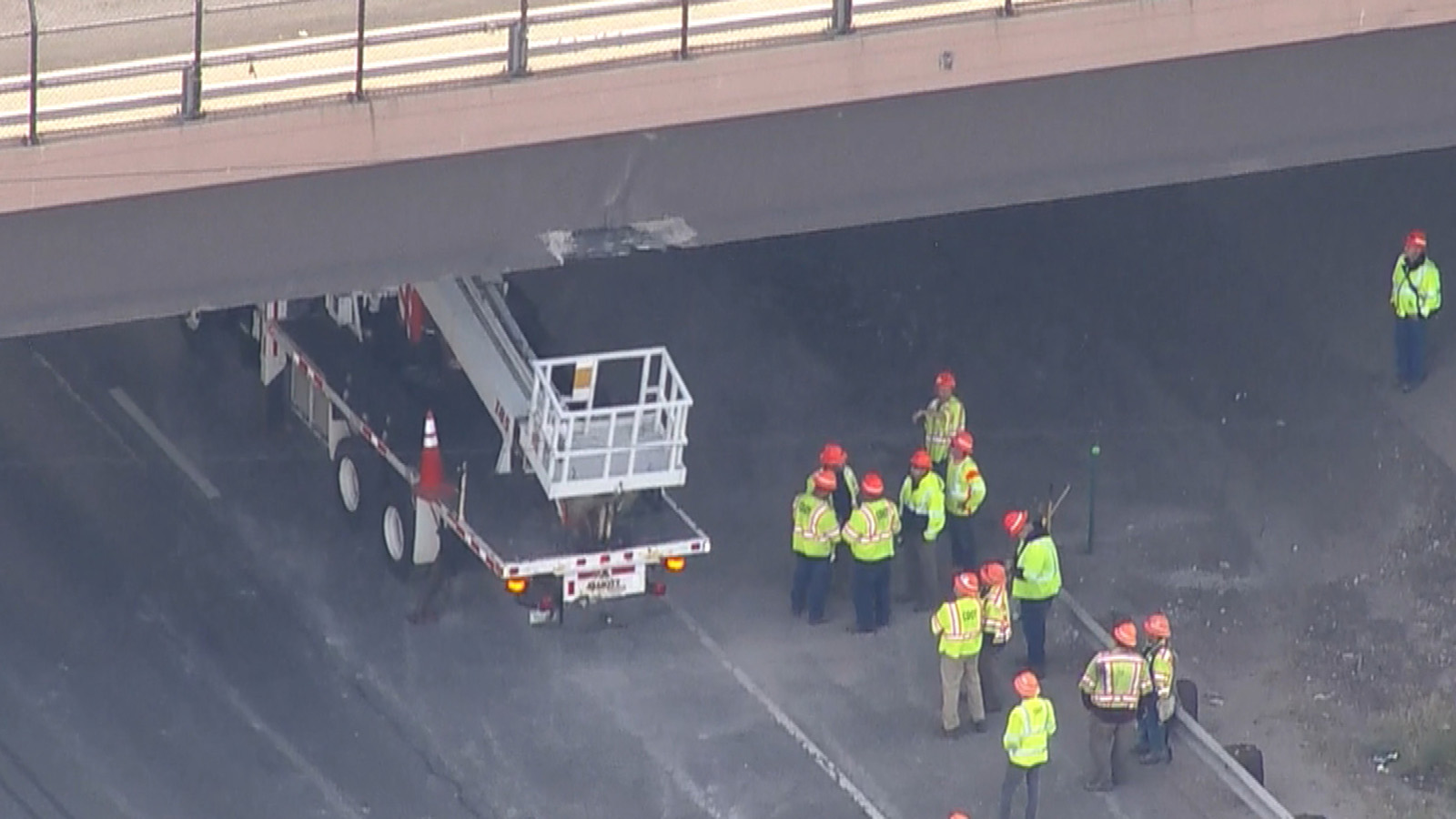 At daybreak Copter4 video showed inspectors looking up at the bridge's girders and a snowplow being used to clear debris on the highway.

Anyone with information about where the truck might be is asked to call police.